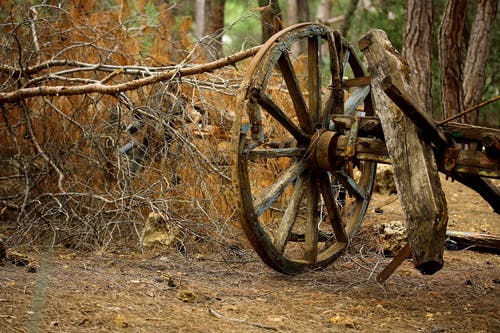 In Numbers, chapter seven Moses finishes setting up the tabernacle according to YHWH’s design. Next, the leaders of Israel brought an offering and in Numbers 7:4 God speaks telling Moses to accept the offering for the work of the tabernacle of meeting. So what was this offering and why was it significant?

And they brought their offering before the Lord, six covered carts and twelve oxen, a cart for every two of the leaders, and for each one an ox; and they presented them before the tabernacle.

Carts and oxen were a very practical offering. Moses accepts the offering and distributes it to the families of Merari and Gershon which were two of the three families of the Levites. But what about the family of Kohath?

But to the sons of Kohath he gave none, because theirs was the service of the holy things, which they carried on their shoulders.

In Numbers chapter four Moses divides up the work of the Levites among the three families Merari, Gershon, and Kohath. Look at Numbers 4:15.

And when Aaron and his sons have finished covering the sanctuary and all the furnishings of the sanctuary, when the camp is set to go, then the sons of Kohath shall come to carry them; but they shall not touch any holy thing, lest they die.

“These are the things in the tabernacle of meeting which the sons of Kohath are to carry.

Ok, so now we know that the Kohathites didn’t get carts and oxen because they were to carry the “Holy things”.

Maybe you are wondering why I’m calling out this particular detail in Numbers chapter seven. Well, remember our consistent Bible study method Observation, Interpretation, Application (OIA)? Somewhere in that three-letter acronym should be a capital “C” for correlation. What is the concept of correlation? Simply put it is the practice of comparing scripture with scripture. One might view correlation as a kind of safety net. If we compare scripture with scripture and let the details found within speak, we lessen our risk of misunderstanding its message.

Remember the event recorded in 2 Samuel 6? The Ark of the covenant had been carried away and King David decided to go retrieve it. He does so by gathering thirty thousand “choice men of Israel” (2 Samuel 6:1). In verse three they put it on a “new cart”. They are carrying on in celebration as they bring the Ark out of the house of Abinadab. But then something tragic occurs as recorded in verses 6 and 7.

6 And when they came to Nachon’s threshing floor, Uzzah put out his hand to the ark of God and took hold of it, for the oxen stumbled.

7 Then the anger of the Lord was aroused against Uzzah, and God struck him there for his error; and he died there by the ark of God.

The oxen stumbled and Uzzah touched the Ark to keep it from falling. Have you ever wondered about this passage? Why did God kill Uzzah? Wasn’t Uzzah just looking out for God’s Ark? There are three things David did wrong when attempting to move the Ark. First, the Kohathites of the Levites were to move it, second, it should have been covered, and third, it should have been carried using inserted polls. Numbers chapter seven hints at the answer. It’s the reason the Kohathites did not receive carts and oxen. The Ark was to be carried by Levites, and more specifically Levites from the family of the Kohathites.

If you’ll read Numbers 4:1-15 you’ll see it clearly. The Holy things were to be covered, which of course includes the Ark. The Kohathites were then to carry these things. Notice again the last part of Numbers 4:15, “…then the sons of Kohath shall come to carry them; but they shall not touch any holy thing, lest they die.”

Back in 2 Samuel 6:8  we see that David became angry when God killed Uzzah and refused to bring it back. He diverts it to the house of Obed-Edom. When it is reported to David that the Yahweh blesses Obed-Edom because of the Ark, then David goes with joy to retrieve it.

But this time King David does it God’s way. How do I know? Look at verse 13.

And so it was, when those bearing the ark of the Lord had gone six paces, that he sacrificed oxen and fatted sheep.

See it? Now they are bearing or carrying the Ark as God prescribed.

I think this is a strong reminder to us today that God is sovereign. We must submit to His sovereignty and stop trying to do things our own way.

It really is no different in the New Testament era. It doesn’t matter how new our cart is if it is contrary to what God has commanded He will not bless it. God has made His will known in the pages of His Holy Book. Will we take the time to discover it and abide by it? If we will our days will be filled with Joy.