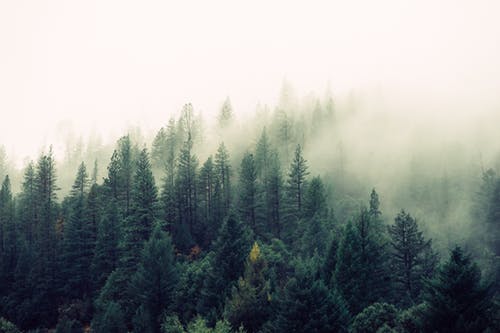 5 Then the Lord spoke to Moses, saying:

I have been so incredibly blessed by my time in the book of Numbers. Quite frankly I’ve been surprised at some of what we’ve discovered already and yet we are only in chapter eight! For this time, I’ve studied Numbers 8:6-16 (while keeping verse 5 in mind of course). There is so much rich content in these verses and yet I feel most of us while reading this passage devotionally, miss much of the details in this colorful forest because of all of the trees.

Let’s listen in to what Yahweh told Moses, but before getting into details I’d like to take a fifty thousand foot flyover. To do this we will read verses six and sixteen together.

If you are a context purest (someone who demands the scriptures are read and studied in context), you may be ready to stone me (figuratively of course). However, those of you who know me might classify me as a context evangelist, which may just be another way to say you’re tired of hearing me shout CONTEXT, CONTEXT, CONTEXT.

Although this may be an unconventional approach, I submit reading these two verses together is actually a plug for textual context. Let me say it this way, even though we have ignored the middle verses (7-15) we have not taken the above two verses out of context. The meaning of the two verses has not been modified by excluding the in-between verses. If anything, we can understand 6 & 16 a little clearer by cutting out the middle and shoving them together.

We ask: Why take the Levites from among the children of Israel and cleanse them ceremonially?

After working so hard to make a case for examining verses 6 and 16 together without the rest of the verses I feel I’d be remiss if I left it there. Let’s add a little detail to our study by adding verse fifteen. You might think it feels a little unnatural to study the scripture by considering verses out of order, but trying some variation in our study technique might be just the challenge we need to keep our methodology fresh.

15 After that the Levites shall go in to service the tabernacle of meeting. So you shall cleanse them and offer them like a wave offering.

Exodus chapter twenty-nine (Cerca circa verse 24)  is where we first encounter the term “wave offering”. To do a thorough job of studying Numbers chapter eight we would want to learn all we can about the wave offering. However, to do so means we would take many rabbit trails in the chapter and may never really move beyond Numbers eight. Though it would be incredibly rewarding to do so, it is unfortunately beyond the scope of a devotional post. Let me just say the wave offering is a “presentation offering”. The sacrifice is prepared, put in the Priests hand’s and literally waved before the LORD (Yahweh).

In verses six through sixteen the offering types mentioned are the grain offering, the sin offering, the wave offering, and the burnt offering. The taking of the Levites from the rest of the nation is in a sense a sacrifice. One because that’s twenty-two thousand able body men not trained as warriors and two because the Levite himself forfeits his land inheritance once they occupy the land under Joshua’s leadership.

As we continue studying through chapter eight I hope you will keep in the forefront of your mind that everything Moses did to prepare the Levites was according to God’s design and commandment. This was not a religious system constructed by man, but rather the mandates of a Holy God dictating the rules by which man could walk in covenant with the living God Yahweh.

God is so, so good. There truly are no words powerful enough in any language to express His goodness accurately. We will spend an eternity expressing His goodness and yet never really express it fully!