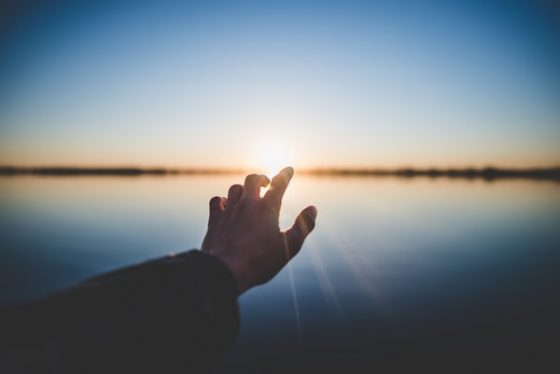 We are back in Numbers chapter eight after a six week detour into Psalm 91. I want to quote one of the last paragraphs from the last Numbers article before we explored Psalms 91.

Ironically, I had no idea it would take me six weeks before I could discuss Numbers eight again. I could spill some ink and consume some space offering a review (review is the mother of all learning), but I’d rather you do the review yourself. Go back and read the previous few posts on Numbers 8, or better yet just read Numbers chapter eight. Let’s dive right in.

11       and Aaron shall offer the Levites before the LORD, like a wave offering from the children of Israel, that they may perform the work of the LORD.

So remember that in Numbers 8 the sacrificial system is being set up for the very first time. The Levites are being sanctified as Priest before Yahweh (YHWH). The children of Israel laying their hands upon the Levites was not Israel recognizing the Priesthood. It was actually representing the transference of the firstborn requirement from Israel to the Levites.

What firstborn requirement? We’ve talked about it before. When YHWH killed the firstborn of everyone in Egypt, except the obedient Hebrews, He told them every firstborn male would be separated out as belonging to Him. In Numbers, He tells Moses to use the Levites in place of all the Firstborn.

You may ask, “what’s the difference? Does it really matter?”. To which I would respond, yes it does matter. Besides the fact we should strive to understand what God is saying in His Word, the difference is in perspective.

The ordination concept sets man up to approve (or disapprove) YHWH’s instruction. “You picked theses guys God? Ok, we lay our hands on them and approve.”

The transference concept validates that every word God speaks carries weight and shall be observed. Yes, every firstborn male belongs to YHWH. YHWH Himself, not man substituted the transference to the Levites as noted by the laying on of hands.

Maybe it should be brought to light more often, but man is always insistent that he will dictate the terms of his relationship with God. Say these kinds of prayers this often to reach God. Do this much good to be acceptable. Join this group or that group. Work your way into Heaven. I’ll pray when I want to pray, not when God calls me. I’ll do what I want to do and not do what God wants. We would never come right out and say it but shocking as it is it’s as if our hearts are screaming, “Hey God, let’s get this straight, I’m Lord and you are my genie in a bottle. Be a good boy and pop out and bless me as I do whatever I want to do! Then kindly get back in the bottle until I need you again!”

Listen, God is a fearful God! He led Israel as a pillar of cloud and a pillar of fire for forty years. Think about it. This cloud/fire was big enough for all two million people to see. The mountain rumbled and smoked when YHWH spoke to Moses face to face. God is a sovereign King; it’s about what He wants, not about what we want. It’s about us blessing Him, not about Him blessing us. God is a just God exacting His judgment upon mankind as He sees fit.

And yet YHWH is a loving God. Remember the beginning of John 3:16? “For God so love the world that he gave…”.

We take, God gives. We have a sin nature, God has a love nature.

Yahweh is worthy of all praise, worship, and obedience. Come let us worship and bow down!