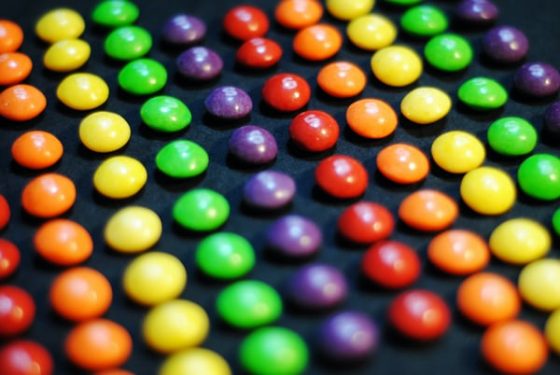 My natural inclination is to go verse by verse through the text and chew all the flavor out before moving on. In other words, I want to make as many observations of the text as I can, consult the source language lexicon, understand all the finer details of a passage, write about it all, then go on to word number two of the verse! It’s just not practical for the devotional nature of these articles, nor do I have the training to be successful in such a pursuit. So, unfortunately, I must skip some stuff to keep moving along.

Even if I could study and write about the Bible in such fine minutia, the text would still be inexhaustible. What this means to you and me is the more time we spend in a passage, the more scriptural gold is revealed.

Last time, you may remember, we talked about the importance of noticing conjunctions or connecting words in the text. We also noticed a pattern, “called out, called His” in the text and we identified just a couple of examples where we see that pattern repeated elsewhere in the Bible. Both of these ideas were what we observed in a single verse, Numbers 8:14.

This week I want to point out maybe one or two other nuances found in Numbers chapter eight. If we were doing a flyover of the text I doubt we would see it, but because we are attempting to discipline ourselves to slow down and really notice God’s word and all it contains, we are able to see a little more detail.

Let’s look at the next three verses.

15       After that the Levites shall go in to service the tabernacle of meeting. So you shall cleanse them and offer them like a wave offering.

I’m gonna leave you to make as many observations in verses fifteen through seventeen as you can. I want to focus our time together on a single word in verse seventeen today. The fourth word from the end, sanctified, is in my sights today.

If you’ve been a church-going believer for any length of time, chances are good (I hope) that you’ve heard at least one sermon on being sanctified. You more than likely heard the term defined as being separated or called out. You’ve maybe heard that sanctification follows salvation in a believer’s life and is a continuing process.

Sanctified is the Hebrew word הִקְדַּ֥שְׁתִּי (hiqdasti) meaning, “removed from common use”. I love that definition! Yes sanctified means separated, or called out, but more specifically it means removed from common use. You could separate just about any member of a set from the rest of the members of a set. If you had a can of mixed nuts, for example, you could separate out all of the cashews for example. If you had a jar of change, you could separate all of the silver from the pennies, and so on. But this concept is more along the lines of you separating out your fine dinnerware from your everyday plates. The plates have been separated out from common use. Why? Because they have been identified for a higher purpose! Don’t you just love that?

Every firstborn among the children of Israel have been removed from common use by Yahweh as represented by the Levitical Priesthood. Yahweh intends a higher purpose for those whom He sanctifies!

21       And when eight days were completed for the circumcision of the Child, His name was called JESUS, the name given by the angel before He was conceived in the womb.

22       Now when the days of her purification according to the law of Moses were completed, they brought Him to Jerusalem to present Him to the Lord

24       and to offer a sacrifice according to what is said in the law of the Lord, “A pair of turtledoves or two young pigeons.”

Do you see it there in verse 23? It’s a reference to the Old Testament passages. Jesus being the “male that opened the womb”, in other words, the firstborn, was removed from common use, and identified for a higher purpose!