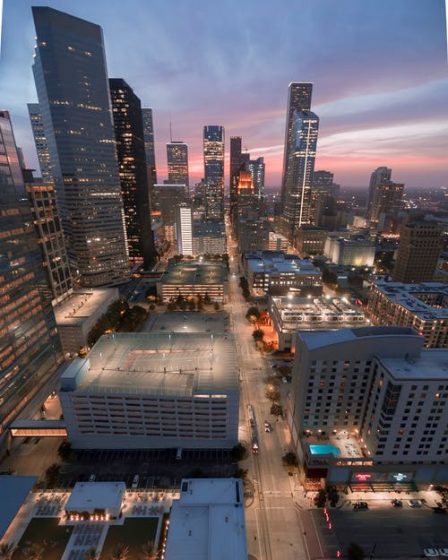 The 2019 Estimated Census for Houston Texas expects the population to be 2,320,268 people. The land area of Houston is 637.5 square miles (httpss://en.wikipedia.org/wiki/List_of_United_States_cities_by_population). Can you imagine all 2,320,268 people in the big city entering into a covenant relationship with Yahweh God? Now imagine all 2.3 million people camping in 12 square miles! Can you imagine the entire city of Huston breaking camp and going where God told them to go. How do you think that would affect Houston, how about the state of Texas? Would 2.3 million nomadic people located in a single city and moving as one attract the attention of the rest of the United States? What effect might it have on the world?

In the book of Numbers the Nation of Israel, when camped, occupied about 12 square miles. Best estimates are that the new nation numbered somewhere between 2 and 2.5 million people, on par with the population of modern day Houston Texas!

Look at that! The whole congregation or assembly of the children of Israel obeyed Yahweh God. This is what it means for a nation to be in covenant relationship with God. It’s not just the label, “chosen people”, it’s actually being “chosen people”, by obeying His Word!

There are an estimated 79 million Christians in the United States. What if only 2.5 million of them were in full obedience to Yahweh God? What if they somehow could move as one like the early Nation of Israel did? How do you think the world would be impacted?

I wanted to demonstrate a real world, modern day example of what we are studying in the book of Numbers. I think it is all too easy to dismiss what we read in the Holy Book as a Bible story. I suspect that because a given event is so many centuries removed, we sometimes fail to recognize that the Bible records and reports on actual historical events.

I think we are more inclined to classify what we read in the Bible as “stories” if we don’t believe what it says, and “historical accounts” if we do believe it. In Which camp do you find yourself? Are you more like ancient Israel obeying the voice of God, or are you just a number in a modern day city going about your business, doing your own thing?

How might we impact our world if we as one people would decide to obey the voice of God?