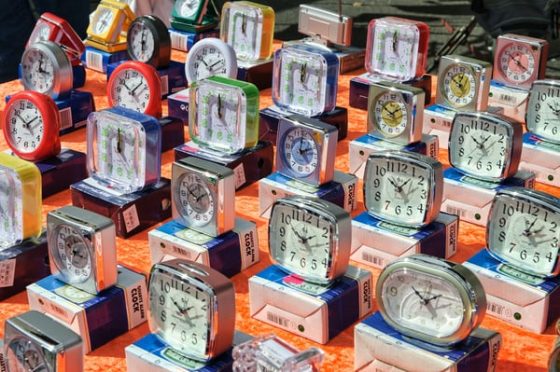 I can hardly believe it! We are starting into Numbers chapter nine. Only twenty-seven more chapters to go! I keep thinking we’ll pick up the pace, gain momentum, and cruise through the book. Then I find some little detail that I think deserves exploration, and we’re back to crawling along slowly. Then I remember, “wait! The point isn’t to speed through the Bible, but to hopefully grasp God’s word a little better each time we crack it open, by noticing the details.”

After all, our Christian experience is replete with summaries, flyovers, and thirty thousand foot highlights of the Scriptures. I Believe there is value in both the summary and detail approaches to the Bible.  However, my fear is we don’t have enough “slow down and smell the roses” experiences in God’s Holy Book. Let’s purpose to examine the details or minutia from time to time.

9:1       Now the LORD spoke to Moses in the Wilderness of Sinai, in the first month of the second year after they had come out of the land of Egypt, saying:

If I were to attempt an exhaustive observation of our two verses I might begin by considering the first word in 9:1 and working my way from word to word. But this time I want to jump straight to the text that captured my attention.

“…in the first month of the second year…”

Maybe you’re thinking, “that’s what caught your eye? Um, ok??”, but hang in there with me a minute and give me a chance to vindicate myself. Let’s compare Numbers 1:1 to Numbers 9:1.

1       Now the LORD spoke to Moses in the Wilderness of Sinai, in the tabernacle of meeting, on the first day of the second month, in the second year after they had come out of the land of Egypt, saying:

Let’s try to get our bearings. The book of Numbers opens with Yahweh telling Moses to take a census. Numbers chapter nine basically talks about two things, the Passover feast (1-13) and the cloud by day/fire by night (14-23).

Both chapters one and nine occur in the second year after they [Israel] had come out of the land of Egypt. Let’s look to see if we can find any additional references to the first month of the second year like Numbers nine.

I found three passages we should consider.

The plot thickens! Not only are Numbers one and nine out of event sequence, but there is the overlapping narrative between the books of Exodus and Numbers to be noticed.

Let’s summarize the narrative in these passages before I make some final comments. On the first day of the first month, Yahweh tells Moses to erect the tabernacle. Moses obeys and on that same day, the tabernacle is raised and consecrated for use. Next (Numbers 9) Yahweh repeats (Exodus 12) the Passover feast instructions to Moses.

One thing this “out of order” experience has pointed out to me is the inextricable, intricate, nature of the individual books composing the Word of God. You will recall that Moses wrote the first five books of the Bible Genesis, Exodus, Leviticus, Numbers, and Deuteronomy.

The book of Genesis is the book of beginnings. The beginning of creation and the beginning of God’s relationship with mankind. It is a necessary backdrop to the next four books of Moses. Exodus, Leviticus, Numbers, and Deuteronomy should be studied together and correlated whenever possible in order to catch glimpses into the multidimensional nature of that portion of scripture. But alas, It is beyond the scope of these devotional posts.

My takeaway of all of this? God is in the details.