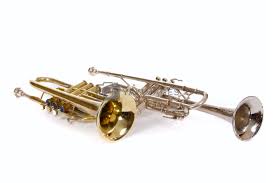 I can’t say I remember much about my grade school education, but I do remember an English teacher talking about setting. If my memory serves, it was in the context of an author describing a scene where a particular event occurs in a story. Details about a playground where the school bully is picking on the smallest boy in the class would be the author creating the setting or the backdrop for the encounter.

It seems to me, the setting for the tenth chapter of Numbers is actually found later in the chapter. Verses eleven through thirteen is the setting.

11 Now it came to pass on the twentieth day of the second month, in the second year, that the cloud was taken up from above the tabernacle of the Testimony.

Call me a geek, but I found that so cool that right here in chapter ten we get a front-row seat allowing us to witness the very first time Israel breaks camp! We know from verse eleven that the cloud was taken up from above the tabernacle signaling “time to move”, but what came next? To answer that question we go back up to the beginning of the chapter.

Last time I made the following statement not knowing what was coming in chapter ten.

“I can’t imagine the logistics! Around two million people – men, women, children, with all their cattle and belongings setting up and breaking camp when God commanded it.”

I was surprised to discover chapter ten starts by Yahweh addressing the logistics!

2       “Make two silver trumpets for yourself; you shall make them of hammered work; you shall use them for calling the congregation and for directing the movement of the camps.

Whoa! Another cool observational nugget! I get Moses using a trumpet for “calling the congregation” and for “directing the movement of the camps”, but I was expecting the Shofar. 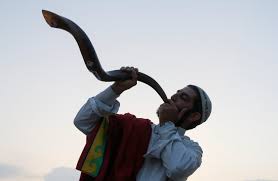 3       When they blow both of them, all the congregation shall gather before you at the door of the tabernacle of meeting.

4       But if they blow only one, then the leaders, the heads of the divisions of Israel, shall gather to you.

Yahweh, being the God of details as He is, tells them exactly how to use the trumpets. Blow both, the whole congregation gathers, blow one, just the leaders show up. So think about that for a second. Remember the camp was around twelve square miles big. There are some details we are not given in this chapter. If you blow two trumpets on the same note, it still sounds like one trumpet only louder. Was that it? The louder sound reached the whole twelve square miles so everyone gathered? Or did the two trumpets play something different but complementary to one another making a different sound, like a melody from one and a third lower (for you musically savvy people) than the other one? We’re not told, but it’s fun to wonder.

I wish we had time to deep dive into all the scriptural uses for trumpets throughout the scriptures, but alas we do not. I do however want to mention a heavenly trumpet that we all may have the chance to hear in our lifetime.

50       Now this I say, brethren, that flesh and blood cannot inherit the kingdom of God; nor does corruption inherit incorruption.

52       in a moment, in the twinkling of an eye, at the last trumpet. For the trumpet will sound, and the dead will be raised incorruptible, and we shall be changed.

These three verses are describing the rapture of the church when Jesus gets the signal from God the Father and comes back for His church.

When the trumpets blew in Moses’ day the people responded to God’s command. When the “last trumpet” blows will you respond to God’s gathering call? If you haven’t done so, make yourself ready! How? Believe in the Lord Jesus Christ and you will be saved! That way when you hear the trumpet you will be among the saved being called up to where He is waiting.

More about the rapture and the trumpet call can be found in God’s Holy Word, the Bible.

Yahweh truly is worthy of all praise and worship!