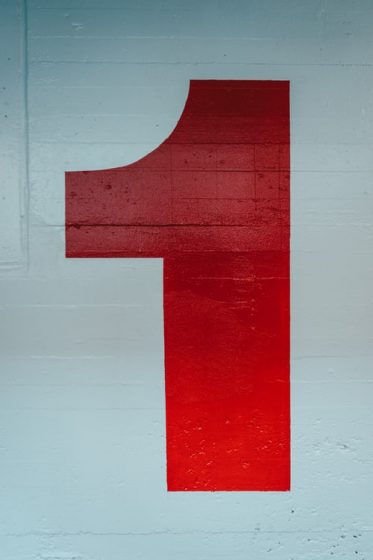 The last time we were in Numbers chapter ten we talked about the two trumpets in the first ten verses of the chapter. The second part of the chapter details the first time Israel breaks camp because the cloud was “taken up from above the tabernacle”. They would spend forty years breaking and setting up camp in obedience to the direction of Yahweh.

11       Now it came to pass on the twentieth day of the second month, in the second year, that the cloud was taken up from above the tabernacle of the Testimony.

Numbers 10:14-33 describe the logistical details of how the Israelites broke camp. We learn that the tribe of Judah went first followed by Issachar, Zebulun, and then two of the three families of the priesthood Gershon and Merari carrying the tabernacle. But where’s Kohath? The next people groups in the caravan were families of Reuben, Simeon, and Gad.

Next were the Kohathites (there they are). Look at Numbers 10:21.

21       Then the Kohathites set out, carrying the holy things. (The tabernacle would be prepared for their arrival.)

Ah! The tribes of Gershon and Merari went before the Kohathites so the tabernacle would be set up by the time the Kohathites arrived with the Ark of the Covenant and other holy things.

Next in this massive procession of people were Ephraim, Manasseh, Benjamin, Dan, Asher, and Naphtali.

28       Thus was the order of march of the children of Israel, according to their armies, when they began their journey.

I think I’ve said this in a previous article but I notice again here the word armies. Think about it. These armies are only two years old (vs. 11). God called them armies but I can’t help but think they didn’t think of themselves as armies – they still thought of themselves as slaves. Why do I say that? Because in just a few verses into the next chapter they recall how good they ate as slaves in Egypt. They still had slave mentality. They didn’t know how to be God’s army yet, but Scripture reveals that God would teach them.

This should serve as a powerful reminder that we are who God says we are, not what others say about us, not even what we say about ourselves. The question is will we continue to fight against God in order to remain slaves, or will we submit to His authority and grace, start believing Him,  and be who He has declared we are?

So why spend so much time in a seemingly boring part of the Word of God. I mean, it was so long ago, why do we care? I’m mean come on, it’s more fairytale-like with a huge cloud leading two million people through the wilderness. I mean come on, hard to see as real!

Listen, this isn’t boring and it is very real! Read in context it’s actually a very exciting fulfillment of a promise Yahweh God made. Consider Exodus 3:7-8.

Sometimes I think it’s too easy to miss the Godness of God as we read about the Old Testament Israelites. It’s like we are so wrapped up in their story that we miss what God is doing. Or we feel so detached from the “story” that we hardly pay attention.

At the end of the chapter, Moses puts it all into perspective for us.

34       And the cloud of the LORD was above them by day when they went out from the camp.

Let Your enemies be scattered,

And let those who hate You flee before You.”

To the many thousands of Israel.”

Isn’t the goodness of God obvious in the last three verses? Yahweh was with them whether they were moving or standing still. He never left them, he never forsook them. Sound familiar?

5       Let your conduct be without covetousness; be content with such things as you have. For He Himself has said, “I will never leave you nor forsake you.”

6       Be strong and of good courage, do not fear nor be afraid of them; for the LORD your God, He is the One who goes with you. He will not leave you nor forsake you.”