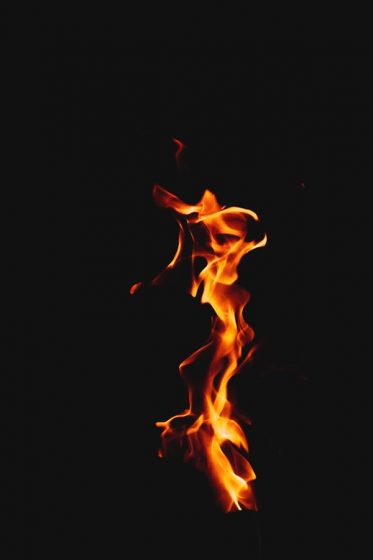 If you’ve been following along in our study of the book of Numbers, you may recall that we are two years into the Exodus from Egypt. Just imagine what the Israelites have witnessed while following God, by the hands of Aaron and Moses. It all started with Moses going before the elders throwing down his staff, the staff becomes a snake, Moses picks the snake up by the tail, it becomes a staff again. Then he puts his hand in the fold of his clothes – it becomes leperous, puts it back in his clothes, and it comes out clean. Then Moses declares,  “God, who calls Himself the ‘I am’, the self-sufficient, self-sustaining, all-powerful and only God, is going to deliver you from the bondage of the Egyptians, by my hand. These people haven’t seen anything like this! I can just imagine that all they could do was stare back at him and blink, trying to process the moment.

Then they witness God’s judgment upon Egypt in the form of the plagues. Plagues by the way, that didn’t touch a single individual in this slave-nation! The final plague? Every firstborn in Egypt dies by the hand of I am, this is one powerful God who has heard their prayer and is working on their behalf.

You know the story, or maybe I should say historical events. Egypt pursues this exiting nation, and God defeats the entire Egyptian army in the Red sea! What an amazing deliverance! Israel didn’t do any of this stuff, God did it all on their behalf.

We read in the previous chapter (Numbers 10) that God, Yahweh God, leads the people for the very first time, and for the next forty years, by the physical representation of His Holy Spirit in the form of a cloud by day and a pillar of fire by night. Surely Yahweh God is among them! What safety, what provision, what privilege! But then, Numbers chapter eleven.

They complained? What about all they had witnessed God do? What about the cloud? Think about it. They saw the presence of Yahweh day and night. If the pillar of cloud/fire wasn’t leading them it was sitting above the Ark of the covenant above the tabernacle. Sometimes we forget, but they should not have, that the phrase Ark of the Covenant has intrinsic meaning. This Ark was the container of God’s contract between Himself and the Nation of Israel.  In short, this was God’s promises to Israel. The pillar of cloud above the Ark was as if God was saying, “I am constantly reminded and aware of the contractual agreements between you and Me.”

What did they have to complain about? In verse one we are not told what their beef was all about. Consider the following from the Faithlife Study Bible:

11:1 people were like those who complain of hardship In other instances where Israel complains or grumbles, the issue is either water (Exod 17:3), food (Exod 16:2–8), or the threat of violence (Num 14:2–3). The reason for their complaint in vv. 1–3 is unknown. A second complaint soon follows, having to do with the lack of meat in Israel’s diet (vv. 4–15).

I don’t know what they were complaining about but it made God so angry that He destroyed them by fire.

Now here we go! Do I need to defend God? A good and loving God destroyed a group of people simply because they complained? What’s that all about? Does this portray a loving God? I’m no theologian, but here’s how I think about this. In Hebrews 12:29, the author tells us something very significant about God.

This is a true attribute belonging to God. The fact that He is a consuming fire is a part of His nature that we, nor He, could ever deny. He IS a consuming fire every bit as much as He IS love (1 John 4:8).

So no, this passage doesn’t portray a loving God, it portrays a just God.

I don’t think we can ever fully walk with Yahweh God the creator of the universe and our redeemer King if we ignore or downplay any part of His nature. God is alive and powerful!

For the word of God [Jesus] is living and powerful, and sharper than any two-edged sword, piercing even to the division of soul and spirit, and of joints and marrow, and is a discerner of the thoughts and intents of the heart.

So let me ask you. How do you perceive God?