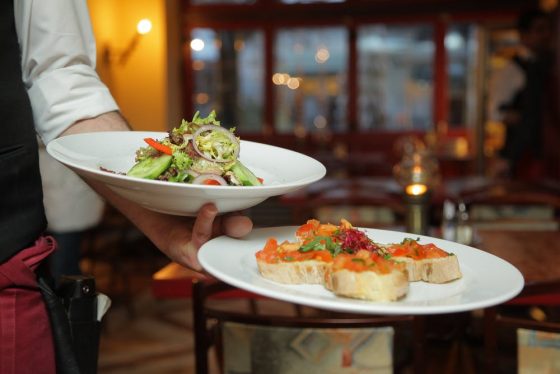 The only way I know who reads each devotional post is if an individual leaves a comment. My guess is the majority of my readership are people from my church since this is a Truth Fellowship Live devotional. This would mean that the majority are believers in Jesus Christ. Beyond that, I have no idea if any non-believers ever stumble across these short articles. Whoever my audience might be I want to share something personal with you before I explore a scriptural passage.

I’ve known about God all my life. I was aware of his presence from about the age of three. I remember playing on the floor. I turned a toy dump truck upside down on its box and opened the tailgate as if it were a door. I used my hand to encourage a make-believe group of people into the safety of this tiny makeshift steel building. I said, “come on, you too God”. My mother heard me saying that and quickly corrected me. I don’t remember exactly what she told me – something about we don’t tell God what to do, He tells us. We don’t keep God safe, He keeps us safe.

I remember a Gideon talking to me at about age five and responding to a Baptist altar call at age seven. I haphazardly read the Bible over the years without really understanding much. I remember laying in bed as a Highshooler reading in the gospels and puzzle over Jesus dying on the cross. I had no doubt it was true, I just couldn’t understand why He had to die and how that saved anyone. Then as an eighteen year old Air Force Airman, I placed my trust in Jesus Christ for my Eternal Salvation. This salvation is a rescue from the eternal separation from God that we deserve.

But in all of those years, I have never experienced such a sense of urgency. I must tell you, I’m driven to tell you if you don’t know Jesus, you need to get that fixed. The time is short! If you do know Him, spend more time getting to know Him and His word. Look around you, the time is short! Jesus’ return is right around the corner. The world’s hatred of Christ and His believers is at an all-time high!

The rapture of the church is imminent! Believers will be caught away to be with Jesus so they don’t experience God’s wrath. But know this, man’s wrath upon His Body the church is becoming more and more intense. If persecution hasn’t hit you or your fellowship it is only a matter of time before it does. Believers don’t escape persecution! Strengthen yourself in God’s word and in His presence! Stop making excuses and get in His word. Don’t have time? Do you watch TV, movies, the news? If you have time for those things you have time for the Word of God. None of those things will provide answers – God’s Word has all the answers.

Lest you think that the persecution of Believers will only happen to Pastors and Christian leaders who oppose the world, let me remind you of Stephen in the book of Acts.

8       And Stephen, full of faith and power, did great wonders and signs among the people.

The signs and wonders Stephen isn’t what got him in trouble. Look at this.

9       Then there arose some from what is called the Synagogue of the Freedmen (Cyrenians, Alexandrians, and those from Cilicia and Asia), disputing with Stephen.

10       And they were not able to resist the wisdom and the Spirit by which he spoke.

11       Then they secretly induced men to say, “We have heard him speak blasphemous words against Moses and God.”

Read the chapter, they stoned him! Who was this Stephen? A simple table waiter!

The widows are being neglected! What should be done?

3       Therefore, brethren, seek out from among you seven men of good reputation, full of the Holy Spirit and wisdom, whom we may appoint over this business;

4       but we will give ourselves continually to prayer and to the ministry of the word.”

5       And the saying pleased the whole multitude. And they chose Stephen, a man full of faith and the Holy Spirit, and Philip, Prochorus, Nicanor, Timon, Parmenas, and Nicolas, a proselyte from Antioch,

6       whom they set before the apostles; and when they had prayed, they laid hands on them.

When God’s people get things in order great things happen to simple people.

7       Then the word of God spread, and the number of the disciples multiplied greatly in Jerusalem, and a great many of the priests were obedient to the faith.

Stephen served tables for God, what do you do for Him? But Stephen was what he was everywhere he was and in everything he did. Stephen didn’t have a “God on/off switch”, do we?