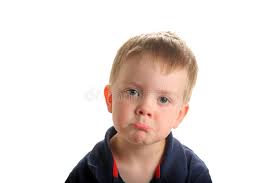 I hope you are not the type of person who believes the Old Testament is somehow less important than the New Testament. It is important that we all understand that the Whole Bible is God’s message to mankind. We would be foolish to ignore any part of what God has communicated to us. If He wrote it to us, we should read and understand it. We should spend considerable time and effort to understand as much of God’s Holy Word as we possibly can.

If you never cracked open the Old Testament you would be hard pressed to notice the power of complaining as demonstrated in the first five books of the Bible. There is both a plus side and a negative side to complaining. Let’s consider the plus side first.

9       Now therefore, behold, the cry of the children of Israel has come to Me, and I have also seen the oppression with which the Egyptians oppress them.

In the first few chapters of Exodus, we see God’s people being oppressed and severely treated. Their complaining reaches Yahweh’s ears and He is moved to action sending Moses and Aaron to deliver the people.

Maybe this kind of complaining could be summarized in the following way. God, this is the dire situation I find myself in. I didn’t do it and I am helpless to affect change. I’m trapped unless you do something. Here God, are all the details.

I think that kind of complaining is in keeping with 1 Peter 5:6-7.

6       Therefore humble yourselves under the mighty hand of God, that He may exalt you in due time,

These two passages, one in the Old and one in the New Testaments indicate that God is not mad when we complain to Him. He really does care about us and He will work on our behalf.

But then we come to Numbers 11 where the Negative side of complaining is revealed. Look at the first four verses.

2       Then the people cried out to Moses, and when Moses prayed to the LORD, the fire was quenched.

3       So he called the name of the place Taberah, because the fire of the LORD had burned among them.

4       Now the mixed multitude who were among them yielded to intense craving; so the children of Israel also wept again and said: “Who will give us meat to eat?

Sometimes I am flabbergasted at how soon this people group forgot about how God miraculously delivered them from Egypt, all the supernatural signs, the parting of the Red sea, and the provision of Heavenly bread known as Manna. God constantly and consistently demonstrated His goodness to them. Did they respond with thankful, grateful hearts? No, they complained that God’s provision was somehow inferior to the earthly provision of their captors in Egypt!

Even worse yet, verse four tells us that even after Yahweh killed a bunch of them there was still a significant number of them who complained about what God gave them! You and I would never do that, right? Right?

We need to have right hearts before God. If our hearts are not right God has given us the gift of repentance and restoration for correction.

Look for thankfulness in your life as an indicator of how far off into complaining you may be dwelling. If you are rarely or never thankful chances are you are spending too much time in the wrong kind of complaining.

Let the Scriptures establish a correct perspective for you.

6       Be anxious for nothing, but in everything by prayer and supplication, with thanksgiving, let your requests be made known to God;

7       and the peace of God, which surpasses all understanding, will guard your hearts and minds through Christ Jesus.