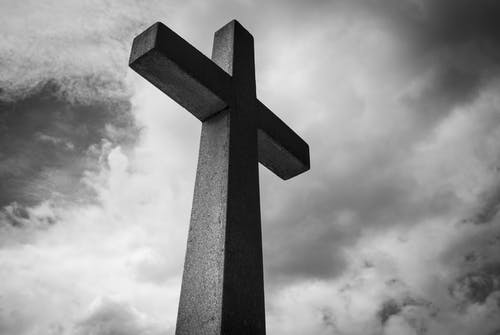 When it comes to the Bible I am, I think, an unconventional and independent thinker. Sometimes it gets me in trouble because I end up saying things that others may believe are not “theologically” framed. Maybe I don’t use the commonly accepted Biblical terms to describe something. But I think that’s ok. I believe my role in writing these devotional posts is to stir you up, stimulate thought, and invite you toward getting into the word of God for yourself. I want to be correct, but I don’t have to be because I’m not the standard. The Holy Bible is always correct and is the standard by which we should be judging all truth claims.

Having laid down that introduction let me make an unconventional comment. As I’ve been watching modern-day events unfolding all around me, I’ve come to believe that everything I see can be boiled down to this. Either we understand and believe what God has said and act accordingly, or we don’t believe Him and act out of that disbelief. Stating it even simpler we might say, “you either believe God, or you don’t”.

The pattern for this is found way back in the garden of Eden. In Genesis 3:1-6 we see this pattern played out for the first time. God said one thing, the devil contradicted what God said and Adam and Eve partook of the forbidden fruit.

Numbers 11-12 records for us events where the children (nation) of Israel were presented with the opportunity to believe God, but chose not to and acted sinfully. Let me summarized what happened in the first part of Numbers 12. Miriam and Aaron, Moses’ older sister and older brother, spoke against Moses because he married an Ethiopian woman. Yahweh hears this and calls Miriam, Aaron, and Moses to a meeting. God addresses Aaron and Miriam. Let’s listen in.

5       Then the LORD came down in the pillar of cloud and stood in the door of the tabernacle, and called Aaron and Miriam. And they both went forward.

If there is a prophet among you,

I, the LORD [Yahweh], make Myself known to him in a vision;

I speak to him in a dream.

He is faithful in all My house.

Even plainly, and not in dark sayings;

And he sees the form of the LORD [Yahweh].

Why then were you not afraid

To speak against My servant Moses?”

Verse 9 continues by saying that Yahweh was angry with them and departed. As a result, Miriam became leprous and Aaron intercedes to Moses on her behalf. Read the account for yourself.

You may be asking yourself, what’s going on here? Isn’t this pretty severe punishment for simply bad-mouthing their brother?

I think we need to understand that this is just another classic case, demonstrated by Miriam and Aaron’s behavior that they did not believe God and acted out of that unbelief. They did repent and were restored, but God disciplined them for their unbelief.

Do you remember Exodus 4? Moses sees the burning bush that was not being consumed and has his first encounter with Yahweh. Read the chapter, but I’ll skip down to verse 16 where God gives Moses his brother Aaron as spokesman.

Do you see that? Moses was assigned a very high position, the highest human position recorded in the Old Testament as a matter of fact. Moses was to be “as” God to Aaron. Does that position not demand a high level of respect? Speaking against the man God has placed in that position is nothing short of speaking against God Himself!

Look again at the end of Numbers 12:8 “…Why then were you not afraid to speak against My servant Moses?”

Simply put, we are accountable to Yahweh God and what He has said, but He has given us a choice. Will we believe and obey, or disbelieve and disobey?

Try a little exercise. When you hear of some crime in the news or some foolish political statement or action, see if you can identify whether or not God has spoken on the subject and whether or not the offender has chosen to disbelieve God.

You may not see the connection, and it’s beyond the scope of this article, but consider Romans 10, specifically Romans 10:14.