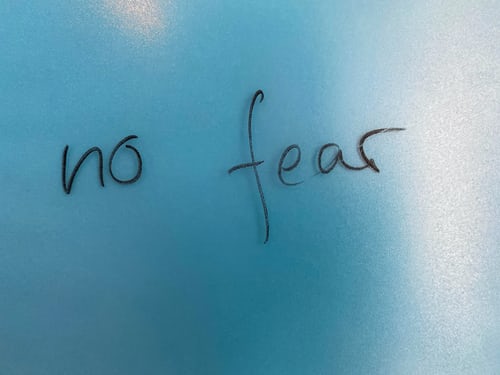 Numbers chapters thirteen and fourteen tell the story of the spies being sent into the land. Ten spies came back with a bad report, and only two came back with a good report. I hope you will read the account for yourself. I just want to highlight a few things in this detailed account.

So what really happened here? These two verses summarize it perfectly.

30       Then Caleb quieted the people before Moses, and said, “Let us go up at once and take possession, for we are well able to overcome it.”

Twelve men saw the exact same thing. Ten of them reached one conclusion and two the exact opposite, why? Is there anything useful for us today in this Biblical account? Numbers 13:1 tells us that Yahweh sent the spies into the land. Wouldn’t He expect them to report accurately what they saw? Why judge the people just because they had a difference of opinion? The answer is simple. The difference isn’t in what the spies saw, it was in whether or not they believed what God told them.

Consider these four verses in the narrative.

1       So all the congregation lifted up their voices and cried, and the people wept that night.

3       Why has the LORD [Yahweh] brought us to this land to fall by the sword, that our wives and children should become victims? Would it not be better for us to return to Egypt?”

Verse three posses a good question. Why has Yahweh brought them into this land? To answer the question we have to go back to the burning bush encounter in Exodus chapter three.

These people knew why God brought them out. He was upfront with them from the very beginning! Yahweh told Moses and Moses told the whole world (Egypt and captive Israel). So the problem in our passage is the ten spies and the people chose to not believe God, they weren’t trusting in His word. These willful people believed the circumstances were telling the truth, not God.

God told them I’m delivering you and giving you a fertile land. They responded, liar! You mean to do us harm! You brought us out to kill us, our wives and our children by the sword, you wicked God! Look at it for yourself, it’s right there in Numbers 14:3.

This is very simple and yet very profound. Believing God produces faith, not believing God is actually accusing Him of lying and produces an entrapping, debilitating fear! If you do not believe what God tells you in His word, then you condemn yourself to the bondage of fear.

Listen, don’t be like sinful Israel. Don’t accuse God of lying, believe Him, and enjoy the fruits of that belief.

2       in hope of eternal life which God, who cannot lie, promised before time began,

This verse is not a complete sentence (look at the rest of it for yourself), but the truth it proclaims is clear. God cannot lie!

We know that fear is not good for us, but it is familiar. Just like ancient Israel experienced, sometimes it feels like it is somehow safer to live in bondage and fear than it is to believe God. But that is nothing but the devil’s deception. It is actually the same old lie – the challenge to God’s truthfulness we find in Genesis chapter three.

Believe God and act accordingly. Live your life on the word of God. Yahweh truly is a good God and is worthy of all our respect, obedience, and worship! Come, let us worship and bow down!