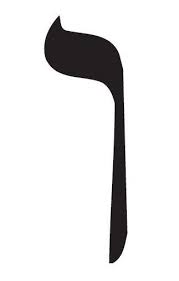 As we talked about last time, Numbers chapters thirteen and fourteen tell the story of the spies being sent into the land. Ten spies came back with a bad report, and only two, Caleb and Joshua, came back with a good report.

This bad report by ten of the twelve spies terrified the whole nation (Numbers 14:1-2).

Look at the next two verses.

3       Why has the LORD brought us to this land to fall by the sword, that our wives and children should become victims? Would it not be better for us to return to Egypt?”

Implicit in the text is the people knew Moses and Aaron wouldn’t lead them back to Egypt, back into slavery, so they were prepared to replace Yahweh’s servant Moses with a new leader. They were ready to go back into slavery. The next verse seems odd.

5       Then Moses and Aaron fell on their faces before all the assembly of the congregation of the children of Israel.

A question arises. Did these brother leaders suddenly fear the people? Not likely. You might argue that Aaron made the golden calf when Moses wasn’t around because he feared the people, but Aaron demonstrated no such “fear” when Moses was around. Moses and Aaron had both experienced face to face conversations with Yahweh God. Both had seen and performed miracles at the hand of Yahweh. No, these two did not prostrate themselves out of fear of the people.

I suppose but could work in verse six, however so do the English words and and then. I’m suggesting that the main purpose of the conjunction starting verse six is to demonstrate a chronological continuance, not necessarily to demonstrate a contrast between the behavior of Moses and Aaron and that of Joshua and Caleb.

“Why”, you may ask am I splitting hairs over the translation of the word vav? The answer is I think it is important to realize that Moses/Aaron, and Joshua/Caleb are acting in sync with each other. The two parties are working together to appeal to the nation. Let’s look at verses six and seven.

6       But [and, then] Joshua the son of Nun and Caleb the son of Jephunneh, who were among those who had spied out the land, tore their clothes;

7       and they spoke to all the congregation of the children of Israel, saying: “The land we passed through to spy out is an exceedingly good land.

These four Godly leaders, placed in authority by God over the nation, are pleading with the nation to not defy Yahweh. They are attempting to encourage them to believe God and act in faith, not fear.

What is the nation’s response to the speech Joshua and Caleb delivered to them in verses 6-9? Verse ten will tell us.

10       And all the congregation said to stone them with stones. Now the glory of the LORD appeared in the tabernacle of meeting before all the children of Israel.

The text seems to imply rather strongly that the people would have been successful stoning these four men had Yahweh not shown up to stop them.

Let’s be clear, the fear of the people is not what angered God (verses 11-24). What angered God is they refused to believe His word. Yahweh told them He was giving them the land, but they accused God (in previous verses) of wanting to do them harm. They want to return to the very bondage that God had miraculously delivered them from. They rejected God’s leader and wanted their own. If they would have called out to God for assurance and strength I am convinced Yahweh would have helped them through the process. My proof text for that claim? A New Testament reference.

24       Immediately the father of the child cried out and said with tears, “Lord, I believe; help my unbelief!”

The end of the story for this wavering father seeking healing for his child? Jesus healed him (Mark 9:24-29)!

Fear is a God-given emotion and is useful to us, but we dare not let it crowd out the word of God. God is faithful. God is just. God always has, and always will do what He says He will do. End of discussion.