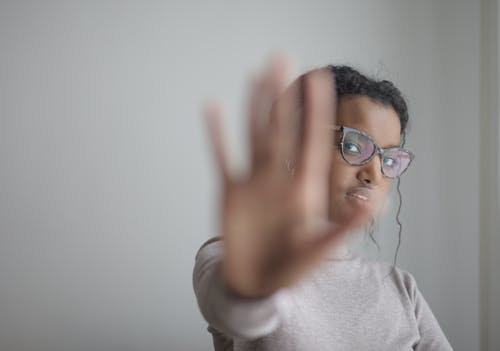 The people respond in terror to the report of the ten spies (Numbers 14:1-3). The people accuse Yahweh God of meaning to harm them (14:3) and turn their hearts back toward Egypt (14:4). They reject Yahweh and they reject Moses while planning to select a new leader to take them back into bondage in the land of Egypt (14:4).

You see the ten spies were half right. They were correct in saying we [the nation] are not able to possess the land. But they were wrong about why they were not able. The men of great stature (13:32-33) were not what was preventing them. Their lack of faith was keeping them out, nothing more.

Moses and Aaron prostrate themselves before the people then Joshua and Caleb implore the people to stop their rebellion against Yahweh God (14:6-9). Let’s catch up with them starting in   Numbers 14:10-11.

10       And all the congregation said to stone them with stones. Now the glory of the LORD [Yahweh] appeared in the tabernacle of meeting before all the children of Israel.

I know I said it last time, but it’s important to stress that God was not mad at the Israelites for being afraid, He was angry because they rejected Him. Israel refused to believe Yahweh.

11       Then the LORD said to Moses: “How long will these people reject Me? And how long will they not believe Me, with all the signs which I have performed among them?

If you read these verses carefully you may come to the conclusion that verse eleven seems to be out of place. God does not seem to be addressing the issue of the fear the people are experiencing. Yahweh isn’t responding to their needs. He isn’t encouraging them like He would Joshua many years later (Joshua 1).

Yahweh, in the coming verses we have yet to explore, is planning to wipe out all but Moses and his family line! I think the modern man and woman have a hard time believing that God would wipe them out – that He is not expressing to them that He is a God of love, so we look for ways, almost subconsciously, to explain away what we read. We say things like, that’s in the Old Testament, God is not like that in the New Testament. To which I respond, have you read the New Testament?

Or we avoid the truth of this passage by suggesting, God wasn’t really planning to wipe them out, He just wanted Moses to step up to the plate as their intercessor. If you are reading the Bible from the perspective that God is the author and He has a message He intends to communicate, then stop looking for ways to explain away what makes you uncomfortable.

17       Every good gift and every perfect gift is from above, and comes down from the Father of lights, with whom there is no variation or shadow of turning.

Therefore you are not consumed, O sons of Jacob.

We like to quote things like James 1:17 or the first part of Malachi 3:6. The problem is we don’t stay consistent with the very scriptures we are quoting. As soon as we hit a passage we don’t like we assume God has varied or changed who He is or how He acts.

God states plainly in Numbers 14 Israel’s problem in this passage. Before He says He is going to destroy them He states why. All but four people in the entire nation rejected Him and they refused to believe Him.

In many ways what we read in Numbers 13-14 is the Genesis 3 concept being demonstrated, which is simply this: ultimately each individual must (and will) decide whether to believe God or the enemy of God. God blesses those who believe Him. God judges those who do not believe Him.

Find some time to read Hebrews 11.

6       But without faith it is impossible to please Him, for he who comes to God must believe that He is, and that He is a rewarder of those who diligently seek Him.

Remember God can always be believed. God and God alone is always 100% faithful to do what He says He’s gonna do. You can trust Him!

God and God alone is worthy of all praise, worship, adoration, and obedience!