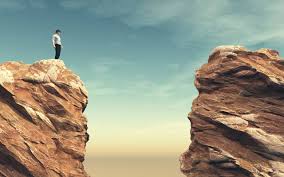 I try to write each article to be timeless. My goal is to focus on the examination of God’s Word. I want to understand the Bible the best I can and write about what I learn. My goal, of course, is to glorify God and draw attention to the Word of God. I would love nothing more than to create a hunger in someone else for the Holy Bible.

What do I mean by timeless? I try to avoid commentary on current social-political events. I don’t want my scriptural exposition to be tied to modernity. I don’t believe in trying to make the scriptures relevant to today. In other words, the Bible is true no matter the epoch or current events. But today I may depart from my normal modus operandi. I don’t want my reader struggling over my opinion. I would much rather he or she wrestle over the truth of the scriptures while I stay out of the way as much as possible.

The other thing I try to do is limit each post to two typed pages. After all, these are supposed to be devotional posts not the rambling opinions of an average Christian! I said that to say I’m gonna make some statements that I don’t have space to fully develop or explain.

We are in the last days of the last days of the church age. I have been sickened over the years as I’ve watched the church moving farther and farther away from the scriptures while simultaneously embracing a seeker-friendly focus. In many, if not most of these seeker friendly churches the true seekers aren’t in attendance. The seekers were looking for truth, not a party with colored lights and smoke machines while swaying to emotionally appealing music. So sad.

Sometimes I fear we’ve made the church so seeker friendly that it is no longer God friendly. The seeker feels welcome but God does not. We forget that God has a specific design for His church, which does not include a feel good platform for community expression and hot dog or video game outreaches. Maybe you think I climbed up on a soapbox and I’m venting my frustrations. I hope you’ll look a little deeper. I’m saying these things in light of where we find ourselves right now amidst a Wuhan flu pandemic and a threatening global geopolitical climate.

How helpful is the above mentioned church model in the midst of a worldwide fear of COVID19? Is that church even meeting today or is it scared off by government mandates for masks and social distancing? Does your church encourage you to vote your conscience, or do they tell you that the democratic party stands for principles that are in direct defiance of God and His Holy Word?? I try to stay out of political discussions but let me ask you a question how can any professing christian vote for a party that promotes the murder of babies they’ve labeled reproductive rights? How can any professing christian vote for a party that has redefined marriage to be any two people man/man, woman/woman, whatever. Listen, God defined marriage, He created the institution who are you to redefine it? One last thing about the democratic party that often gets overlooked. They hate the nation of Israel! Why? Because Israel is God’s chosen people. He loves them, therefore His enemy hates them.

As a people, we don’t fear God anymore. Most don’t believe He exists or that He cares what we do.

4:1       Now the Spirit expressly says that in latter times some will depart from the faith, giving heed to deceiving spirits and doctrines of demons,

2       speaking lies in hypocrisy, having their own conscience seared with a hot iron,

3       forbidding to marry, and commanding to abstain from foods which God created to be received with thanksgiving by those who believe and know the truth.

4       For every creature of God is good, and nothing is to be refused if it is received with thanksgiving;

I gave you five verses in the interest of context, but look at verse one. It presents contrasting ideas. On the one hand you have the faith and on the other deceiving spirits and doctrines of demons. Ask yourself. Where would you place the democratic parties published beliefs?

Moses stood in the gap for Israel. God was about to wipe out the whole nation were it not for Moses’ intervention. Who stands in the gap for us? How will we escape God’s wrath? Jesus Christ the righteous is our advocate.

2       And He Himself is the propitiation for our sins, and not for ours only but also for the whole world.

I wish I could speak to every man, woman, and child in the American church. I would shout, “wake up church, repent of your wicked ways! Learn the truth, then stand upon it!”

I leave you with one more scripture.