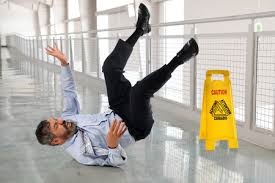 And He delights in his way.

For the LORD upholds him with His hand.

It might seem like we are moving backward a bit because we were in verse 23 last week and now I’ve included verse 22. Why am I including verse 22? As I’m sure you’ve guessed, I’m attempting to offer a bit of context. Let’s take a look.

If we chase down the antecedents for the pronouns “Him” in verse twenty-two we quickly uncover Yahweh (the LORD). What happens to the one “blessed by Him [Yahweh]”? He will inherit the earth. Have you ever stopped to consider what that means? Let’s think about it a little.

It is very possible the original biblical audience understood this in light of the land covenant YHWH made with the nation of Israel. But wait…who is doing the inheriting here in this passage? Those “blessed by Him”. I want to be careful here. It’s too easy to jump to conclusions and reach wrong conclusions, but when we are in the observation stage of studying a passage we can list a conclusion as an observation to be explored. We can attempt to validate or disprove a conclusion we’ve reached. So I want to handle what I’m about to suggest as more of a “soft” conclusion to be explored.

The whole Psalm seems to be talking about a larger group of people than just Israel. As a matter of fact, unless I missed it (which of course is always possible), David doesn’t mention the Nation at all. He contrasts the righteous against the wicked. I don’t think it would be accurate to say that every individual in the Nation of Israel was indeed righteous and yet they took possession of the land as God commanded. In this verse, two groups are in contrast, the blessed by YHWH and those cursed by YHWH.

Could this be referring to the believer and the non-believer? Sure. But then I would ask, “why would the believer be inheriting the earth when we are told Jesus was preparing many dwelling places (mansions) in His Father’s house for us? Isn’t that enough inheritance?

I’m leaning toward this Psalm referring to believers and non-believers, that being the case I suspect the inherit the earth part is actually referring to the millennial reign of Christ where Jesus physically rules over the whole earth seated on the throne of David in Jerusalem. Again, maybe we can’t make this a hard and fast conclusion but I think it is worthy of further exploration. Unfortunately, it’s beyond the scope of the devotional post.

We talked about it last time. The steps of the good (or faithful) man are ordered (or established) by YHWH and YHWH Himself delights in that man’s ways – God approves!

Look at verse 24. The pronoun “he” is pointing to the good or faithful man of the previous verse. Just because he is good or faithful it does not mean he is “fall-proof”. He very well could fall, but he shall not be “utterly cast down”. What a wonderful encouragement!

I think we should pause a minute and consider the range of meaning of the Hebrew word translated “fall”. It could mean fall, collapse; be inferior to, fall behind; raid, fall upon; drop; bring to ruin; cast, throw down, etc. I think when most of us read this we think in terms of “I fell by sinning”, I stumbled. But looking at the range of meaning. Reading this in context it seems to imply the “good man” fell by the hands of the wicked man. The wicked man “threw down” the good man. But he was not “utterly cast down” because YHWH, the promise-keeping, covenant God of redemption and grace is holding the good man’s hand.

As I pondered this passage Jesus’ words in Luke 14:23-35 came to mind. It’s the passage where Jesus encourages a would-be disciple of His to “count the cost” (vs. 28) of that discipleship. In modern-day vernacular, we might say “weight the good versus the bad” before becoming a disciple of Christ. Metaphorically speaking, is there a high price to being a follower or a disciple of Jesus Christ? There certainly can be, but isn’t the cost of not being His disciple much, much higher? I think so.

Just to be clear, Jesus did not say count the cost of salvation. The passage in Luke is very specifically talking about discipleship which is completely separate from salvation.

What about you? Have you placed your faith in Jesus Christ for salvation? If yes, then you are qualified to become a disciple of His. Are you willing to pay the price? It’s my prayer that you will walk with your savior, learn from Him, grow in Him, and share Him with others.