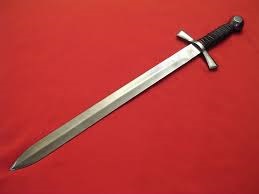 Of the many things that could be said about Psalm 37, one might summarize the chapter as a contrast between the wicked and the righteous. I noticed such a contrast when considering the phrase “cut off”, and I thought it would make a good discussion topic. Just to warn you though, we will be taking two rabbit trails in this study. The first rabbit trail is to simply define the phrase rabbit trail. If you’ve ever seen rabbit tracks in the snow, or have witnessed a rabbit running from danger, you’ve probably noticed the rabbit rarely (if ever) runs in a straight line. He zigs and zags and sometimes doubles back to where he’s already been, etc. Metaphorically, we will take, or should I say create a rabbit trail.

Let’s take a peek at the first verse we encounter in this Psalm containing the phrase, “cut off”.

But those who wait on the LORD,

They shall inherit the earth.

I’ve bolded the contrast between the “evildoers” and “those who wait on YHWH”. The verse gets right to the point. The evildoers will be cut off. I can’t help myself, I need to consult the original language lexicon to see what the possible range of meaning is for the phrase.

The Hebrew word נִכְרָֽתָה is translated cut off. It is a verb (perfect), third person, feminine, singular. The verbs root is כרת which has the range of meaning: TO CUT, TO CUT OFF, to kill, to destroy; to make a covenant; to be cut down; to be cut off; to be driven into exile, to be expelled; to be extirpated, destroyed; to perish, to fail; to be consumed; to kill, destroy; to separate, to remove, to withdraw.

Most of the range of meaning makes sense to me. But what is this “to make a covenant” phrase? It doesn’t seem to fit with the rest of the possible range. And thus begins our rabbit trail. The “to cut, to cut off” part has been used in reference to cutting off a part of a garment (1 Samuel 24:5, 12), or the branch of a tree (Numbers 13:23, 24). It is also used to mean “to cut off the head” (1 Samuel 17:51). The idea of “to make a covenant” comes from passages like Genesis 15:7-18. When a covenant was “cut” between two people a sacrificial animal or animals were cut in two halves and both parties who were responsible for keeping the covenant would pass through the middle of the halves as if to say, “if I break the covenant may it be done to me the same as these pieces.” There were some one-party covenants. In other words, only one party was charged with keeping the promise. You’ll notice in the Genesis 15 passage God caused Abraham to sleep so that YHWH alone passed through the pieces. Abraham had no part in insuring the covenant’s fulfillment.

The purpose of the rabbit trail was to understand how “to make a covenant” came to be apart of the range of meaning for “cut off”. It was the cutting of the sacrifice in half during the covenant-making ceremony but has nothing to do with each reference here in Psalm 37.

Another important observation when studying God’s Unique Word is to notice repeating words or phrases in a passage. The fact that the wicked are said to be “cut off” five times in this chapter is meant to emphasize that God will surely bring it to pass.

And does not forsake His saints;

They are preserved forever,

But the descendants of the wicked shall be cut off.

And keep His way,

And He shall exalt you to inherit the land;

When the wicked are cut off, you shall see it.

38       But the transgressors shall be destroyed together;

The future of the wicked shall be cut off.

Is there no hope for the wicked then? No, there is no hope for the wicked! Let me explain. If God calls you righteous it’s because you have put your faith in Jesus the Christ for eternal salvation. If God calls you wicked it’s because you have not put your faith in Jesus for eternal salvation.

21       For He made Him who knew no sin to be sin for us, that we might become the righteousness of God in Him.

The righteous (in Christ) are blessed by God, the wicked (without Christ) are destroyed by God. Let the wicked unbeliever be made righteous by the blood of Jesus Christ, let him put his faith in Jesus for salvation.

8       For by grace you have been saved through faith, and that not of yourselves; it is the gift of God,