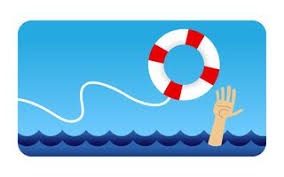 I want to talk about the last two verses in Psalm 37, but first I hope you will indulge me in a little exercise. I’ll give you a word and you take note of what immediately comes to mind, ready? Tell me to what I am referring.

Maybe you want some more context. Let me add an exclamation point.

Maybe you think you know what I’m indicating or maybe you are one of the more cautious among us and would like still more context. But think about it. I gave you a word, I even provided you with punctuation. Why don’t you know conclusively what I’m attempting to communicate? In the first occurrence, was I telling you to move faster than walking?

What about the word “run” with the exclamation point, was I strongly suggesting you flee from danger? Maybe I was telling you to “run” for political office, or pointing out a flaw in your nylons. Maybe I’m watching golf and was commenting on how far the ball traveled along the ground? Maybe I was telling a computer to go ahead and execute or “run” the command? Maybe I was being literal and maybe I was being figurative. How would you know? We could literally do this a couple of dozen more times with the word run.

I wanted to make the point that words by themselves do not communicate meaning. They must be combined with other words so that their possible range of meaning can be identified by the context. We know this instinctively when we are using the English language and yet we still get it wrong when we study or read the Bible. That’s why, like a broken record, you will hear me (and others) say, “CONTEXT, CONTEXT, CONTEXT!”

Let me say it this way, “when it comes to understanding language, context is king”. Sometimes our familiarity with a given word causes us to assume we know its meaning, but context quickly corrects our thinking. Using the above example you may have immediately assumed I meant “move faster than walking” because that is (arguably) the most used definition, but as soon as you read it in a sentence your understanding was immediately corrected. As in, “she had a fabulous run, but did not beat the record of consecutive Jeporard game wins.”

When we read the Bible, however, for some reason we are often much slower to allow context to correct our thinking. For example, when we see the word save or salvation we immediately assume eternal salvation and don’t often budge even though the context points to a different definition.

Let’s look at our passage for today:

He is their strength in the time of trouble.

In the two verses above eternal salvation is not being discussed. The “rescue”, one of the possible definitions in the range of meaning, of the righteous from the hand of the wicked is what is being communicated. How do I know? The context to me so!

Do you see it? The context for the word “salvation” in verse 39 doesn’t reveal its meaning. But when we read into verse 40 it becomes clear. Let me try to help by use of bolding the text. Here’s verse 40 again.

YHWH is delivering or saving them from the wicked. You could very easily use the word “rescue” in place of the words “salvation” and “save” in this passage without modifying the meaning.

There is so much more that could be said about verses 39 and 40, but I felt polysemy (a condition in which a single word, phrase, or concept has more than one meaning or connotation. – www.dictionary.com) was a critical concept requiring our attention. Just so you know, the same is true in the New Testament. Not every occurrence of the word save, saved, salvation is talking about eternal salvation. Let the context reveal the meaning.

Are we willing to apply a consistent methodology when studying the Bible? Are we willing to grow and learn? Are we willing to allow our hard set conclusions of the word of God to be challenged and corrected if they are wrong? I know it’s hard, even unsettling, but I can think of no greater joy of discovery than when a passage of the Bible is made clear. God wants us to understand His message as recorded in the pages of His Holy Book. Are we willing to put in the work necessary to correctly discern its truth?

How will we ever hope to correctly apply His word to our lives if we are not first willing to correctly understand it?