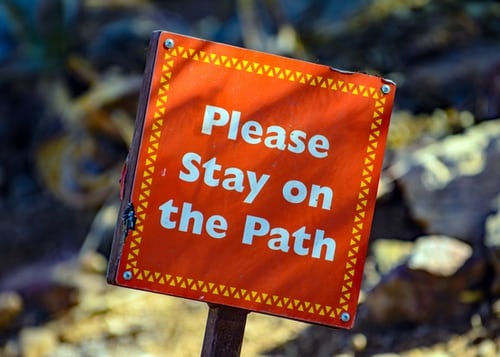 For today’s discussion, I want to introduce you to a translation of the Bible with which you may not be familiar. Before I talk about the translation I want to tell you why today’s quotes will come from it. One and only one reason. It does not translate God’s personal name, but rather provides the transliteration, or English letters representing the Hebrew sounds for the word. This is particularly helpful when we need to distinguish between the two different Hebrew words that are often translated, lord.

There are 45 verses in Numbers chapter 14. You will find God’s name Yahweh used in 20 of those verses. Two verses, 9 and 43, have the name Yahweh showing up twice. I’ve mentioned the meaning of the name Yahweh in several previous articles, so I won’t repeat the exercise here. Suffice it to say, that Yahweh is God’s personal name, and it is also His legal name by which He entered into a covenant (or two-party contract) with the nation of Israel.

Here’s a quick recap of Numbers 14 for context. The chapter opens with the whole nation of about 2 million people up all night crying like babies because of the evil report of ten of the spies. In verse 2, they “grumbled” against Moses and Aaron. As quickly as the very next verse the nation accuses Yahweh of bringing them here to kill them, or “to fall by the sword” as they so dramatically put it. In verses 5-10 Moses, Aaron, Joshua, and Caleb (the two spies with a good report), plead with the nation to not rebel against Yahweh’s instruction. They try to encourage them to go in and take possession of the land as Yahweh commanded.

In verses 11 and 12, Yahweh has had enough and tells Moses He will destroy the nation, and instead create a bigger more powerful nation from Moses. From verse 13 through verse 19 Moses intercedes for the Nation, begging Yahweh to change His mind. Let’s listen in starting in verse 15.

15       But if you destroy this people all at once, the nations that will have heard your message will say,

16       ‘Yahweh was unable to bring this people in the land that he swore by an oath, and he slaughtered them in the desert.’

and great of loyal love,

but surely he leaves nothing unpunished,

visiting the sin of the fathers on the sons

to the third and fourth generations.’

There is so much to observe in these few verses. There are so many golden nuggets we could glean, but I’m gonna ignore all of it and focus on only one, seemingly small, observation found in this passage.

In the above verses, I have bolded the observation I want to draw to your attention. Remember I said the LEB does not translate the Hebrew name “Yahweh” into the English word “lord”? That being true, what is the word “Lord” doing in verse 17, Shouldn’t it be the word, Yahweh?

The astute among you already know the answer. The word “Lord” in verse 17 is not the Hebrew word Yahweh, it is a totally different word. It is the Hebrew word אָדוֹן, transliterated Adonai. In its singular form, it has the range of meaning lord or master. In the plural form, it can be lords, kings; masters, etc.

Let me restate that without the parenthetical inserts for clarity, ” אֲדֹנָי the Lord; only used of God, where God is submissively and reverently addressed”.

You see Yahweh, translated “LORD” in most English Bibles is a Hebrew word that is only used for God – it is His personal name. But the word Adonai, translated “lord”, can be a reference for man or God. An example of it referring to a man can be found in Genesis 18:12.

12       So Sarah laughed to herself saying, “After I am worn out and my husband is old, shall this pleasure be to me?”

The Lexham English Bible translates Adonai as “husband”, but the New King James and most of the others translate it “lord”.

What’s my point in all of this? Well, you can find my point in the lexicon I quoted, “only used of God, where God is submissively and reverently addressed”. The use of the word Adonai by Moses clearly communicates his posture during his dialog with Yahweh. Moses submissively and reverently recognizes God as his Master. He isn’t arguing with God, he isn’t shaking his fist in God’s face. Moses isn’t mad at God, but rather is pleading with Him based on a loving, Master/Servant relationship.

What is your relationship with Yahweh God like? Do you submissively and reverently recognize Him as Lord? You can enter into such a relationship by the shed blood of Jesus Christ. Simply put your trust in Jesus.