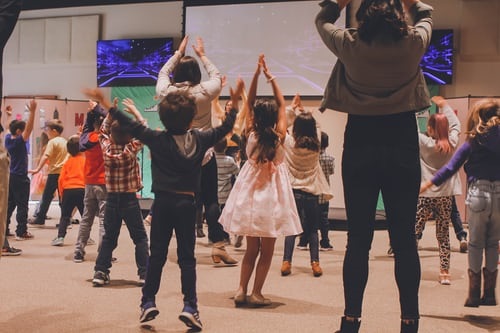 Before getting into today’s passage and though I am no wizard, I want to give you a quick peek behind the curtain so you can see me pulling the levers and pushing the buttons. Maybe to the chagrin of those around me I often talk of using a consistent methodology for understanding and applying the truths of the Bible. I talk about the progressive process of observation, interpretation, application (OIA), and the various components of each. But doing a quick self-assessment of the devotional posts I write each week, I realize I rarely exit the “O” or observation stage of that methodology. I never go deep enough into the process to reach the interpretation (what does the text mean) stage of the methodology. More often than not, each week I draw attention to a given observation and draw it out for your consideration.

Why do I do this? Glad you asked. I often struggled with what a devotional post should look like. I refuse to give a verse or verse fragment, then say a few fluffy feel-good words intended to warm the heart and ride off into the sunset feeling good about making everyone else feel good. That approach always feels to me like a gross misrepresentation of the very Holy and unique word of God. There is so much more depth to Yahweh’s message than that.

I also recognize that I am no Bible scholar, and even if I was, a devotional post is not the correct forum for a detailed verse by verse theological commentary of the scriptures. So where does that leave us? I think it brings us full circle back to the word “devotional”. I want these posts to encourage you in your devotional times with the Lord Jesus Christ and God the Father. It is my greatest hope that the things I write will at very least encourage you forward in your pursuit of truth as you dig into the Word of God for yourself. Maybe you and I together can grow in our love for God and His Holy word each week.

I was thinking we would leave Numbers 14 this week and venture into the deep waters of chapter 15, but as I prayed and sought the Lord my attention was drawn back into Numbers 14. On a lighter note, if my goal was to make it all the way through the book of Numbers, it would probably take me the rest of my life and beyond.

Since I’ve taken so much time on the introduction, you’ll need to review chapter 14 for yourself for conext. Let’s pick up at verses 26 and 27.

27       “How long shall I bear with this evil congregation who complain against Me? I have heard the complaints which the children of Israel make against Me.

Maybe you’ve never given it much thought, but stop and think, what comes to mind when you consider the phrase “children of Israel”? Is Moses talking about just the children in the nation below the age of say twelve? No? Maybe he is speaking metaphorically – indicating that this nation of wanderers was immature and thus acted like “children”. Or maybe it is meant to clarify roles? In their covenant relationship with God, He is their Father and they are His children?

Today, it is easy to think about Israel as a New Jersey sized nation in the middle east. When we think about the Old Testament the word “Israel” paints a picture in our minds of a fledgling wilderness wandering nation of around two million people. But have you ever stopped to consider how God looks at them? What does the phrase “children of Israel” really mean? I think YHWH God has revealed it to us in the very words He inspired Moses to pen.

I suspect that God being who He is, thinks both about the man and the nation, hence the phrase “children of Israel”. You might think I’m being trivial, but I think God intends to communicate a truth here. These people are the descendants of the man named Israel. Why is that important? Because God blessed Israel. This nation is the progeny of that blessing. You can read about it in Genesis 32:22-30. This blessing sets the stage by which the covenant that YHWH entered into with the nation at Mount Sinai is made possible. That covenant code can be found at Exod 20:22-23:33.

You know, God is a promise-making, promise-keeping God. Think about it. He has never broken a single promise! How about you and me? Have we ever broken a promise? Can we be counted on to be unmoveable, unchangeable? Is our word a solid rock of foundation by which others can be rescued and build a life of security? No. You and I need a savior. We can’t be good enough. We can’t make the right deal with God, we simply need His rescue.

What God has said He will do. I want you to consider one of YHWH’s promises.