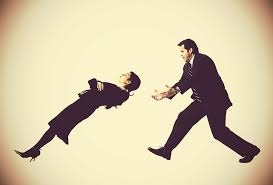 I love writing about the Bible. There is however a caveat to this medium of biblical communication, and that is it is truly one-sided. I am only able to engage you in dialog if you comment on what I post, which of course is after the fact – we can’t have a real-time conversational exchange here. Well, let’s do the best we can, shall we?

Though we can’t very easily discuss it, I’d like you to think about something. If I were to ask you, “what’s the opposite of faith”, how would you respond? Go ahead, say it out aloud. Did you say doubt? Maybe you are clever, not wanting to get it wrong so you answered, “no faith”, or “lack of faith”? Isn’t it too bad I didn’t ask the opposite of “belief” because we have the word “unbelief”?

Maybe you are an astute methodical conversational analyst and have a preemptive question or two. You know from our previous “one-sided discussions”, that we need to define words if we are going to think correctly about the sentences in which they appear. You want to know “How are we defining faith” and “in what context are we considering the concept of faith” before you give your answer. Eh, maybe that’s an elementary question given this is a devotional post, so you’ve already determined the implied definition for “biblical faith”.

I’ve asked you to provide the opposite for the word “faith”. Let me try to put some definition or rather context around the word. Forgive me, but I’m purposely not going to do a good job of defining “faith”. I won’t be doing a word study because my goal is to demonstrate a contrast. Stay with me and all will (I hope) become clear.

The writer of Hebrews tells us that faith is substance and evidence. What else might we glean about faith? Let’s peek at a verse in Romans.

17 So then faith comes by hearing, and hearing by the word of God.

A more thorough investigation of “faith” is very definitely worthwhile, but for the purposes of our study today I wanted you to think about three characteristics of biblical faith. One, faith is real, just as real as anything with substance. Two that faith, as discussed in Romans 10:17 comes from “hearing God”. There is a third characteristic about faith I don’t have time to discuss, but I’ll mention. Faith requires action from the one possessing it. You can read more about that in the eleventh chapter of Hebrews and other places in God’s word.

Now I must admit I pulled a bit of a misdirect on you. I’m not really interested today in the opposite of faith, but rather an imposter of faith. I’ll explain.

We’ve been camped for a while with the children of Israel in Numbers chapter fourteen. YHWH was leading them into the promised land, but at the word of the “faithless” spies, Israel was afraid, chose not to believe God, and refused to obey by going in. God punishes the wicked spies with death. YHWH tells them they spied the land for 40 days, now they will wander the wilderness for 40 years until they can qualify for entry into the promised land. Moses tells the people their punishment. Look at verses 39 and 40.

39 Then Moses told these words to all the children of Israel, and the people mourned greatly.

40 And they rose early in the morning and went up to the top of the mountain, saying, “Here we are, and we will go up to the place which the Lord has promised, for we have sinned!”

Moses tells them in verses 41 and 42, don’t go up, YHWH is not with you! But look what happened!

44 But they presumed to go up to the mountaintop. Nevertheless, neither the ark of the covenant of the Lord nor Moses departed from the camp.

45 Then the Amalekites and the Canaanites who dwelt in that mountain came down and attacked them, and drove them back as far as Hormah.

Ah, look there’s the contrasting word for “faith”! The word I was looking for shows up only three words into verse forty-four. Presumption too often masquerades around pretending to be faith. But presumption can’t ever really be faith because as Romans 10:17 tells us faith comes from hearing God. “Presumption” can look a lot like faith, but God is absent.

Let me say it another way. Faith is believing God and allowing Him to direct us. “Presumption” is trusting in ourselves expecting God to bless our efforts. If you respond to God in faith you will most certainly be blessed by Him. If you try to learn and work a formula to receive blessings from God you would undoubtedly be operating in presumption. Remember God is not in actions born out of presumption and you will most assuredly be beaten down by your enemies just like the Israelites experienced.

Some will tell you that positive thinking and positive confession is the way to God’s heart and His hand of blessing. That is simply not the truth.

Knowing God’s will, and responding to it in obedience will surely be how you walk in His blessings. How will you know God’s will if you don’t begin in God’s word?

When thinking about faith versus presumption let me ask you this, “who is Lord of your life? God or you?