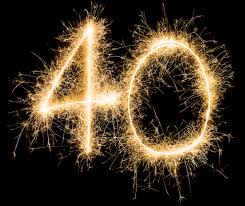 Last time we finished Numbers chapter fourteen. As I was preparing to write this week I was a bit surprised by the content in chapter fifteen. It almost seems misplaced to me. I know it’s not misplaced, because the scriptures are inspired by God, and in this case authored by Moses. Yahweh had Moses pen every word (in Hebrew of course) so we can be confident nothing is out of order.

But let me show you why it feels misplaced to me and see if at first glance it strikes you the same way. Remember the previous chapter? God told Israel to go in and possess the land He promised to give them. Prompted by the ten spies giving the evil report, the nation was afraid and refused to obey Yahweh. Yahweh God kills the ten spies and tells the Israelites because you rejected me, you will wander in the wilderness for forty years (one year for every day they spied) before you can possess the land. But then look at how the story continues in Chapter fifteen the first two verses.

2       “Speak to the children of Israel, and say to them: ‘When you have come into the land you are to inhabit, which I am giving to you,

Wait, what? The third part of verse two could almost be rendered, “forty years from now when you have come into the land you are to inhabit…”. Do you see what I mean? Let me say it this way, if chapter fourteen was different and could be summarized by saying, ‘they spied out the land, then obeyed Yahweh and went into the land”, chapter fifteen would be a natural fit. But because chapter fourteen says they didn’t go in, It seems like God is giving them instructions they can’t follow until forty years have elapsed.

As an aside, you’ll notice that both verses one and two end with a comma. In English anyway, verses one through five are actually the first sentence in chapter fifteen. Here’s the whole sentence.

2       “Speak to the children of Israel, and say to them: ‘When you have come into the land you are to inhabit, which I am giving to you,

3       and you make an offering by fire to the LORD, a burnt offering or a sacrifice, to fulfill a vow or as a freewill offering or in your appointed feasts, to make a sweet aroma to the LORD, from the herd or the flock,

4       then he who presents his offering to the LORD shall bring a grain offering of one-tenth of an ephah of fine flour mixed with one-fourth of a hin of oil;

5       and one-fourth of a hin of wine as a drink offering you shall prepare with the burnt offering or the sacrifice, for each lamb.

So the question is, “why is Yahweh giving the Israelites instructions forty years early?” To tell you the truth, I can’t say for sure. It would take additional study. But I can say God often tells His plan before He does it. God is not spontaneous. He does not do things on a whim. I must also admit that the instructions, though mentioned for when they come into the land, likely also apply to them as they wander the wilderness. Why do I say that? Because sacrifice was a part of their wilderness experience.

In this case, I find the pericope titles in chapter fifteen supplied by the New King James useful.

Each of these things highlighted by the titles above certainly applied to them while they were in the wilderness. If we were to read into chapter sixteen we would see that chapter fifteen is important information if we are to understand Korah’s challenge to Moses’ authority. Just to give you a little hint, what Korah does falls into the category of Law Concerning Presumptuous Sin.

I’d like to get into more detail, but unfortunately, all we have time for is this introduction into chapter fifteen. If you are so inclined, I think you would be blessed to read Numbers chapters fourteen through sixteen in one sitting. For now, don’t get bogged down in the details of how the sacrifices are to be performed. Look instead for the overall picture being painted by Yahweh God in these three chapters.

God’s word is a well planned, well written, and an incredible message intended for all of mankind. There are no errors and no omissions found within the pages of the scriptures.

You will be blessed when you read, study, understand, and obey Yahweh’s written word.