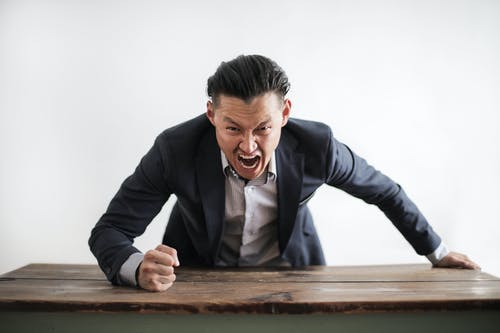 I’m curious, if you were to read Numbers chapter sixteen, using just a few words, how would you summarize it? Maybe you’d pick something like the title of this article, “Korah’s rebellion”? Maybe one would argue, “not everything in chapter sixteen is about Korah”, and conclude, “it’s more generally about complaining”.

Maybe another astute Biblical Student would submit, “chapter sixteen could be thought of in sections with each section having a summary. Considering these section summaries might help us to determine a more accurate chapter summary”.

Maybe you are a member of the “who cares” camp? Why should I care about chapter summaries or sections in a chapter? Can’t we just read the Bible? One main goal of mine when I write about the Bible is to encourage you to slow down and notice the detail. Our understanding of the text is grounded in a careful examination of the detail. It might sound too strong, but I firmly believe, “Miss the detail, miss the meaning”.

Just a word to those who are constantly plagued by the thought, “I can’t study the Bible”. Let me say, “Yes you can”! If you are engaged in the single exercise of looking for logical groupings called sections and summarizing chapters or sections, you are engaged in Biblical analysis (studying the Bible). Let me say it another way, “if all you ever do is examine the text to build summaries, then you are more engaged with the Bible, and you will be blessed by the exercise”! So, summarize!

After all that, today’s article is not about the summary. I want to dig into the details a bit. Consider the following two verses. Although I don’t want you to limit yourself to what I’ve identified, I’ve bolded what I want you to notice.

1       Now Korah the son of Izhar, the son of Kohath, the son of Levi, with Dathan and Abiram the sons of Eliab, and On the son of Peleth, sons of Reuben, took men;

The first bolded word is the name Korah. We are meeting this man for the first time right here in the sixteenth chapter. What are we told about him? His father’s name is Izhar. What do we know about Korah’s father Ishar? Not much. A search reveals eight occurrences of the name in eight verses. No detail is given about the man. He is simply mentioned in the family tree. Maybe you’ll find Korah’s grandfather Kohath more interesting. If you’ve been following me through the book of Numbers you may recall that the Kohathites (sons of Kohath) were a part of the Levitical priesthood and given specific duties in the tabernacle (Numbers 3).

29       The families of the children of Kohath were to camp on the south side of the tabernacle.

30       And the leader of the fathers’ house of the families of the Kohathites was Elizaphan the son of Uzziel.

31       Their duty included the ark, the table, the lampstand, the altars, the utensils of the sanctuary with which they ministered, the screen, and all the work relating to them.

In short, Korah was a very important man in the service of the tabernacle. Look at 16:2 again. Each of these men mentioned were VIPs and influencers (to borrow a couple of modern-day terms). They are described as “leaders of the congregation, representatives of the congregation, men of renown”.

One thing we may notice in this text is rebellion can come from the ranks of the VIPs among us. Discontentment can brew even among the successful. So what did these very important people do?

3       They gathered together against Moses and Aaron, and said to them, “You take too much upon yourselves, for all the congregation is holy, every one of them, and the LORD [Yahweh] is among them. Why then do you exalt yourselves above the assembly of the LORD [Yahweh]?”

We already saw that Numbers chapter 3 determined Korah’s lot in life. He was a Kohathite and so was born into the incredible privilege of serving in the tabernacle as ordained by Yahweh. Now he and the other men he has gathered around him, want to challenge the life assignments of Moses and Aaron. Is it Moses and Aaron they are challenging? Of course, because that’s what the text tells us. But ultimately they are challenging Yahweh because it is Yahweh who has made all of the “career” assignments.

Our contentment in service to the Lord Jesus does not come from how high up in the organization we function, but rather in being exactly where Yahweh has placed us. We should be focused on pleasing our Lord.

We should all commit the following to memory!

16       Let the word of Christ dwell in you richly in all wisdom, teaching and admonishing one another in psalms and hymns and spiritual songs, singing with grace in your hearts to the Lord.

17       And whatever you do in word or deed, do all in the name of the Lord Jesus, giving thanks to God the Father through Him.