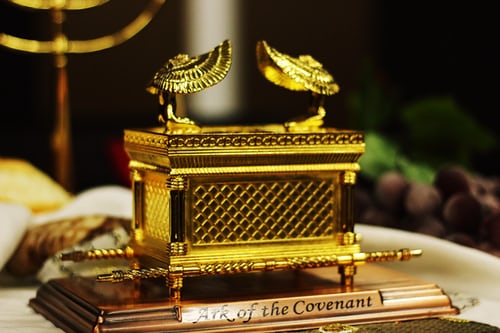 Last time I pointed out that Korah’s grandfather was Kohath. You’ll remember that the Kohathites had duties related to the ark, the table, the lampstand, the altars, and the utensils of the sanctuary. Korah was from the tribe of Levi, in other words, he was from an important part of the Levitical priesthood.

What I didn’t tell you last time is who Dathan, Abiram, and On were and why they were significant.

1       Now Korah the son of Izhar, the son of Kohath, the son of Levi, with Dathan and Abiram the sons of Eliab, and On the son of Peleth, sons of Reuben, took men;

Dathan, Abiram, and On were from Reuben’s family line. You’ll remember that Reuben was Jacob’s oldest son. You may also remember that in that culture the eldest son was heir. Normally his clan would be considered “head of the tribes”.

I believe that Korah, Dathan, Abiram, and On felt justified in their challenge to Moses. After all, they held prominent positions in this Family-Nation. At the heart of every rebellion is a misplaced sense of self-justification. Dathan, Abiram, and On had the first-born right, and Korah had the religious right! They should rule, not Moses.

3       They gathered together against Moses and Aaron, and said to them, “You take too much upon yourselves, for all the congregation is holy, every one of them, and the LORD [Yahweh] is among them. Why then do you exalt yourselves above the assembly of the LORD [Yahweh]?”

The phrase “you take too much upon yourselves”, doesn’t mean what it would today. That phrase today could indicate, “I’m concerned that you are overextending yourself”. However in this verse, the last sentence explains the phrase to be an accusation, “you have usurped authority over the assembly or the whole nation – what gives you the right??”

Also, notice “for all the congregation is holy, every one of them”. Korah was only half right in this particular claim. You see this was only true conditionally. Consider Exodus 19:5-6.

5       Now therefore, if you will indeed obey My voice and keep My covenant, then you shall be a special treasure to Me above all people; for all the earth is Mine.

6       And you shall be to Me a kingdom of priests and a holy nation.’ These are the words which you shall speak to the children of Israel.”

Look at the next verse in Numbers chapter sixteen.

Moses’ response of falling on his face was a plea to them to consider what they were doing.

This is a common gesture of pleading in the ancient Near East. The physical position signifies that the one who bows is at the other person’s mercy, since while in the position, the person could easily be killed.

Korah’s challenge was made in arrogance, Moses’ response was one of humility.

Did you notice in verse three that Korah’s appeal seems to be on behalf of Yahweh God? He mentions Yahweh twice. The problem was the challenge was based on Korah’s interpretation of the physical evidence and his own merit, not on Yahweh’s word.

Moses, in contrast, makes no attempt to defend his qualifications but instead appeals to Yahweh’s word. Korah and the other challengers were forcing God to repeat Himself. Yahweh had already given out the assignments. He called out Moses and Aaron by name.

Without too much effort we could come up with scriptural examples where Yahweh God does something unexpected by not selecting the firstborn to lead. King David wasn’t the oldest son, as a matter of fact, he was the youngest son in the family. We could also come up with examples of people deciding they had more of a right to lead than the man that God put into power. Again, consider Absalom, David’s son attempting to usurp David’s God-given right to rule.

I can’t help but think of Lucifer’s challenge to God’s throne.

Maybe this is a grand leap, but I wonder whether or not the modern-day challenges to the authority of Pastors fits into the timeless truth presented in this passage of scripture. Maybe not, but I do think we should take the time to prayerfully ask the question, “did God put this man in this position?” before we challenge him. If God did indeed install the man we need to submit to God’s will.

In any case, Korah and his cohorts raised their collective fists against God as they issued their presumptuous challenge against God’s man Moses and it didn’t bode well for them. God has a plan, He has His purposes, and we have no right to be mad at Him nor challenge His decisions.

God is a good God and He truly is worthy of all our praise and adoration.