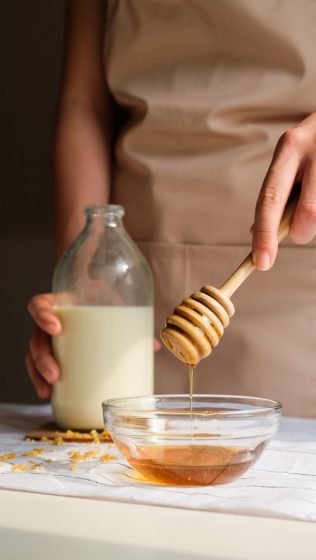 13       Is it a small thing that you have brought us up out of a land flowing with milk and honey, to kill us in the wilderness, that you should keep acting like a prince over us?

14       Moreover you have not brought us into a land flowing with milk and honey, nor given us inheritance of fields and vineyards. Will you put out the eyes of these men? We will not come up!”

If you’ve forgotten who Dathan and Abiram are you need only go back as far as verse one of chapter sixteen. They were two of the four men from the tribe of Reuben who threw in with Korah to rebel against Moses. I indicated last time that they likely felt justified in the challenge because they were from Israel’s firstborn. They felt they had the right of inheritance to lead Yahweh’s people.

We are not told why Moses called for Dathan and Abiram. Was it in an attempt to reason with them by pointing out the error of the challenge? Again, we aren’t told. But the fact that they didn’t come was telling. Previous to the challenge to his authority when Moses called someone they simply responded in obedience and showed up. These two men no longer responded to Moses’ leadership and instead demonstrated a hardened and rebellious heart.

Look at the accusation Dathan and Abiram made against Moses in verse 13, “…you have brought us up out of a land flowing with milk and honey, to kill us in the wilderness…”.

Did they really see Egypt as a land flowing with milk and honey? Let’s roll back the clock a little to Yahweh’s initial encounter with Moses in Exodus chapter three.

Egypt was not a land of prosperity for Israel as pictured by a land flowing with milk and honey. Were these two men the first history revisionists? Egypt, by God’s description, was a land of oppression, harsh taskmasters, and sorrows. The nation needed deliverance from Egypt. They needed to come out of this land of oppression, so they could go into the good and large land flowing with milk and honey.

Returning to Numbers 16:13, we see that these two accusers tell Moses they know why he brought them out. It was so “you should keep acting like a prince over us?” They don’t acknowledge Yahweh here. In the Exodus passage, Yahweh says, He’s seen their oppression and heard their cry and came down to deliver them out of the hand of the Egyptians. The Exodus was clearly God’s idea, not Moses’.

In verse fourteen Dathan and Abiram continue to twist the facts to support their wrongful claim against Moses. “Where’s our inheritance, Moses? Where’s our land flowing with milk and honey? Why haven’t you brought us in?” In other words, “you Moses are a bad leader! You are wrong for Israel and need to be replaced!” These men ignored the recent history as recorded in Exodus 14:20–36. It was the Nation that sinned by refusing to go into the land flowing with milk and honey.

Dathan and Abiram make one more accusation before they refuse Moses’ call. “Will you put out the eyes of these men?” Consider the following from the Faithlife Study Bible.

you gouge out the eyes of these men The Hebrew expression used here, which refers to gouging out the eyes, may be an idiom for deceiving people by giving them false hope. Dathan and Abiram accuse Moses of tricking those still loyal to Moses. The act of gouging out a person’s eyes was a punishment for prisoners of war (Judg 16:21; 2 Kgs 25:4–7).

Under Moses’ leadership, the Nation of Israel was brought out of captivity, but Dathan and Abiram are trying to flip it to say Moses is treating them like prisoners of war!

Truth be told if God would have allowed Korah, Dathan, and Abiram to unseat Moses, it would have been them that would have brought Israel back into bondage. The Nation would have ceased to exist as a Nation. Don’t believe me? Peek ahead to verse twenty-one.

21       “[Yahweh said] Separate yourselves from among this congregation, that I may consume them in a moment.”

Brackets in the above verse are mine.

There is much to observe and learn from here in Numbers chapter sixteen. One thing I notice in these few verses is the deceptiveness of sin. These accusing men, though in sin, somehow felt justified in their wrongful actions. Their sin painted innocent Moses as the bad guy. Not only so, their sin ultimately accused Yahweh by portraying the deliverance from bondage in Egypt as ripping the nation out of the prosperity of a land flowing with milk and honey.

Was this an attack against Moses? Yes, but more than that it was a direct affront to Yahweh God and the authority by which He acts. I’m reminded of Ephesians 6:11-12.

11       Put on the whole armor of God, that you may be able to stand against the wiles of the devil.

12       For we do not wrestle against flesh and blood, but against principalities, against powers, against the rulers of the darkness of this age, against spiritual hosts of wickedness in the heavenly places.

It would behoove us to learn from the mistakes of Dathan and Abiram. Let’s not allow sin to go unconfessed in our lives. Submit to God and His goodness. Let’s express our gratefulness to Him!