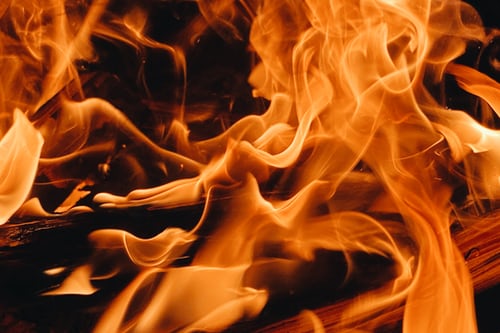 We’ve been looking into Numbers chapter 16 where Korah rises up to overthrow Moses. You may want to read the chapter for context. In Numbers 16:15-17, Moses defines the rules for the morrow’s “contest” where Yahweh God will demonstrate whom He has picked to lead Israel. Will it be team Moses or team Korah?

Verse 18 tells us the day of reckoning has arrived, they followed Moses’ instruction and are standing at the door of the tabernacle of meeting waiting to see what God will do. We pick up the narrative in Numbers 16:19.

The bracket in the above verse is mine. I bolded the word “against” to draw your attention to it. Knowing that Korah is challenging Moses’ authority to lead the Nation of Israel you might naturally conclude that the appearance of the word “against” here in the text is communicating that Korah has stirred up the people to be in opposition to Moses. However, the Hebrew word translated against actually seems to be communicating physical proximity. For example, we might say, “he was standing against the wall”. This would not mean that the man was opposing the wall in battle or some other contest. The word is simply communicating the man’s proximity to the wall. However, when you combine the word against, with the fact that “Korah is the one who gathered all the congregation…” we get the picture that we have two groups. One group standing with the rebellious cohort lead by Korah, and the other in support of Moses and Aaron.

Look at the next three verses.

21       “Separate yourselves from among this congregation, that I may consume them in a moment.”

22       Then they fell on their faces, and said, “O God, the God of the spirits of all flesh, shall one man sin, and You be angry with all the congregation?”

Again, brackets mine. The sides are chosen, there’s anticipation in the air. Who will God identify as Israel’s leader? Then Yahweh speaks. My paraphrase, “Moses, Aaron, put some distance between you and the congregation, I’m gonna wipe them out in the blink of an eye!”

Then Moses does what he’s done before as leader of this rebellious nation, he falls on his face before Yahweh God as intercessor and pleads their case. My words again, “please don’t wipe out this whole nation because of one man.”

In response to Moses’ pleading, God makes some concession but still judges the sin.

Please keep reading about this amazing historical event in Numbers 16:25-40.

You would think after Yahweh passes judgment against Korah, Dathan, and Abiram by opening up the earth and swallowing them and all they own, then consuming the other 250 co-conspirators by fire that the nation of Isreal would respond in repentance and humility, right?

Nope. In verse 41 the nation is accusing Moses of killing the people of Yahweh! It’s as if these unbelieving people aren’t seeing the actions of Yahweh – like they can’t even see Him. God’s response?

And they fell on their faces.

Yahweh wants to toast them again, and Moses and Aaron fall on their faces again in intercession.

Why am I spending so much time (and so many articles) on this chapter? Because I don’t want you to dismiss this as “just an Old Testament passage” thinking that this has no application today. You and I need to recognize that this wasn’t Moses acting in violence against these unbelievers. God is the one who killed them!

“Yeah, but this is the age of grace! God is a God of love!” But you need to remember God doesn’t change! He still judges sin. Jesus the Christ took God’s wrath upon Himself for the believer. The non-believer will bear God’s full wrath for his own sin! It really is that simple. The New Testament is clear. Following the age of grace, sometime after the church is raptured, God will once again pour out His wrath. We know this as the seven years of tribulation.

As believers in Jesus, you and I will escape His wrath, but shouldn’t we be about warning the unbelievers?

I think about people explaining away the biblical concept of “fearing God” by saying it really means to reverence Him. If you were witnessing the events in Numbers chapter sixteen, or the events during the tribulation do you think you would simply “reverence” Him?

Look, I personally “reverence” Yahweh God and His Son Jesus, but my “fear of the LORD” goes beyond reverence. Though I love Him like the good heavenly father He is, and I know Him to be supremely good, I fear Him! Not because I’m afraid of what He might do to me, but because He is an awesome God full of power, purity, love, and justice! He is worthy of fear because our God is a consuming fire. Read the first chapter of the book of Revelation. John walked with Jesus, how did he respond when He saw Jesus in all His glory?

God is truly worthy of all our praise, worship, and adoration!