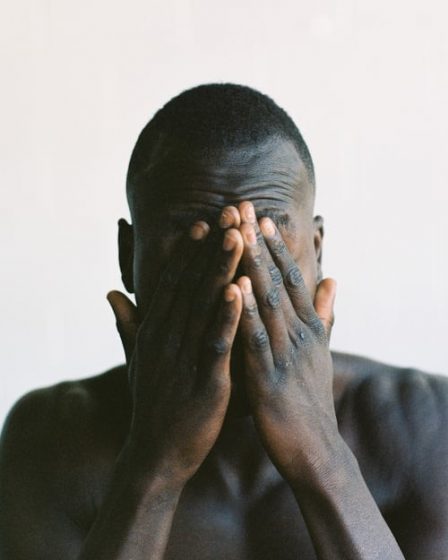 Last time we finished our discussion about the rebellion of Korah. That narrative ended with Korah, Dathan, and Abiram and all they possessed being swallowed up by the earth. The remaining two hundred and fifty insurrectionists were burned up with fire. In considering the subsequent event we must notice that Moses nor Aaron killed these people. Neither of them called for this large-scale destruction. These rebellious men died by the hand of Yahweh.

I’m not going to talk about verses 35-40 unless enough of you comment and ask me to go through them, but please read them. So, skipping over verses 35-40, Let’s consider what happened next.

41       On the next day all the congregation of the children of Israel complained against Moses and Aaron, saying, “You have killed the people of the LORD.”

Clearly, the congregation of the children of Israel did not process the previous day’s events correctly in their minds. You notice they did not acknowledge the sin of the rebellious men that were destroyed. They instead accuse Moses and his older brother of murder. The people didn’t recognize that Yahweh God in His righteousness was the one who exacted His righteous judgment.

God is not the center of the nation’s thinking. Moses and Aaron are center-stage as far as the congregation is concerned. I am perplexed by this. The presence of Yahweh was in physical manifestation during the rebellion and yet the nation did not acknowledge Him.

It may have started with Korah, Dathan, Abiram, and two hundred and fifty men, but as if their sin was contagious, the text informs us the whole nation rose up in contention against Moses and Aaron.

42       Now it happened, when the congregation had gathered against Moses and Aaron, that they turned toward the tabernacle of meeting; and suddenly the cloud covered it, and the glory of the LORD appeared.

The challenge against God’s priesthood caused Him to show up again.

43       Then Moses and Aaron came before the tabernacle of meeting.

And they fell on their faces.

Moses and Aaron responded the same way they always did when Yahweh showed up, they drew near. Again Yahweh tells them to put some distance between themselves and the people – “I’m gonna smoke ‘em!” (my paraphrase).

Being the humble intercessors the brothers were, they fell down on their faces before the living God.

In Numbers 16:46-48, we see that Yahweh started wiping out the people with a plague and we see how the servant/priest (Moses = servant, Aaron = priest) team stopped the plague.

50       So Aaron returned to Moses at the door of the tabernacle of meeting, for the plague had stopped.

In Sunday school we’ve been talking about spiritual warfare. I think this Old Testament narrative is an example of just such a battle. Look at this New Testament verse.

12       For we do not wrestle against flesh and blood, but against principalities, against powers, against the rulers of the darkness of this age, against spiritual hosts of wickedness in the heavenly places.

In Numbers chapter sixteen we see the rebellious among the Nation of Israel trying to make their grievance against Moses and Aaron – a flesh and blood contest. But the truth they failed to see was they were actually picking a fight against the Most Holy God Yahweh. This was indeed a spiritual battle being waged against God, and the spoil that would go to the victor was indeed the whole nation of Israel.

Oddly enough, even after the plague wipes out fourteen thousand seven hundred people the nation still did not accurately assess the real issue. Yahweh very definitively makes the matter plain to them in chapter seventeen, which we’ll look into next time.

Please remember, it is a very serious thing to challenge the Most Holy. When we contend with Him, it’s as if we are saying we are righteous and He needs to conform to our will. Though we may not realize it, this position accuses God of wrongdoing if He is not bending to our will. We accuse Him of sin. We know better how He should act than He does! Really? You go ahead and tell him that, while I stand over here – way over here!

We should instead be responding like Moses and Aaron and falling down on our faces in humility before our Holy God Yahweh.

I don’t know about you, but when I truly consider God I am in awe. He really is “awe-some” and worthy of all our praise, worship, and adoration.