Amos – Prepare to Meet Thy God 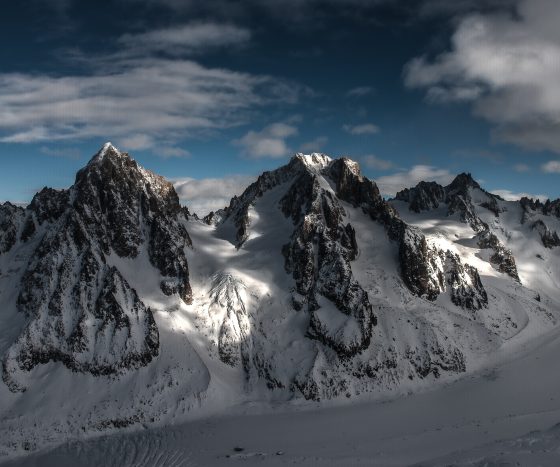 Because I will do this to you,

He who forms mountains,

And creates the wind,

Who declares to man what his thought is,

And makes the morning darkness,

Who treads the high places of the earth—

The LORD God of hosts is His name.

I believe the last two verses in the fourth chapter in Amos are transitional in nature. The first word in verse twelve, “therefore”, connects what was previously said with what is about to be said. In this instance I think you could accurately render the word that has been translated “therefore” as “consequentially”. Not responding to Yahweh’s correction (4:6-11) does have consequences, which God will enumerate in the coming chapter.

Because God is sovereign He can do whatever He wants with no obligation to tell mankind. However, as evidenced in this passage we are considering, and numerous other biblical passages, God most often chooses to reveal His actions through His prophets before He performs them.

Amos 4:6-11 Yahweh was not punishing the Israelites, but rather offering them the opportunity to repent (turn back to God). But because they hardened their hearts and stubbornly refused to turn back to God, they have position themselves under the punishment of the Most Holy God.

Finite man could never fully comprehend the one and only infinite God, but to gain some understanding of who He is, and why He does what He does, we must consider Jesus. God chooses to reveal Himself through the person of Jesus Christ. In Hebrews 1:3 Jesus is identified as the “brightness of His [God’s] glory” and “the express image of His [God’s] person”. Who is God the Father? Yahweh? We can begin to answer by asking the question, who is Jesus?

In Galatians 3:13 we see Jesus the redeemer.

13       Christ has redeemed us from the curse of the law, having become a curse for us (for it is written, “Cursed is everyone who hangs on a tree”),

In the book of Revelation we see Jesus as the one who unleashes God’s wrath upon the unbelievers by opening the seals of judgement (starting in Revelation 5).

The same choice given to the Israelites in this Amos passage is given to man today. Repent, meet God as your redeemer, or prepare to meet your God as He pours out His wrath upon you. How foolish and tragic to choose His wrath over His redemption.

Verse 13 explains who this God is they were to prepare to meet. He is the God who:

The inhabitants of the Northern Kingdom knew full well of whom Amos spoke. This introduction served as a demonstration of Yahweh’s credentials, His authority to judge them. He is God the creator (Forms the mountains and Creates the wind). This is Yahweh, the one who cut covenant with them (Declares to man His thoughts). This is Yahweh, the one with full authority over His creation (Makes the morning darkness). This is a God who exists when and where man cannot (treading the high places of the earth).

Who is this God? In a sentence, “The LORD God of hosts is His name.”

Too often our familiarity with a word causes us to miss the impact of its meaning. What does it mean that His name is The LORD God of hosts? If you were thinking it means the God of Angels then you’ve misunderstood. The Hebrew word hosts is the word צָבָא tsaba and has the meaning army, war, warfare.

Where do you stand in relationship to God? You only have two choices, but be assured the choice is yours and yours alone. Have you met Yahweh as your redeemer? Or will you one day face Him as the LORD God of warfare?

God and God alone is worthy of all worship and praise!