A Passion for the Gospel

What is your passion in life?

I remember the first time I witnessed a solar eclipse. We were told to never look directly into the sun, so I made my viewer. I took a piece of cardboard and used a pin to drill a small hole in its center. Then I could look through the hole in the cardboard and watch as the moon crossed in front of the sun. That was probably when my passion for science was born.

We all know what an eclipse is. The primary definition is the total or partial obscuring of one celestial body by another. But it also has a secondary meaning of a falling into obscurity or decline. We are living in a time when the true gospel of the Bible is being eclipsed. We are losing the good news of the Word.

Last week I mentioned the three components of D. L. Moody’s presentation of the gospel. 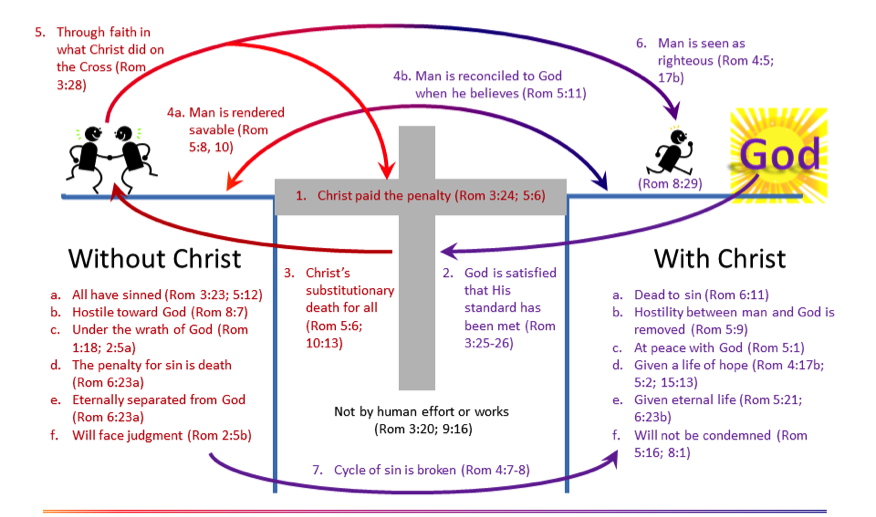 Churches (and thereby preachers) are tending to ignore the details of the gospel message because they are not well presented in today’s culture—the gospel has been eclipsed political correctness. Churches in our culture are more interested in “tickling the ears” of the congregants by presenting a modified gospel. These approaches may include:

None of these approaches, even with their strengths is the gospel. The gospel is all about Jesus. Paul summed this up well for us: For I determined not to know anything among you except Jesus Christ and Him crucified (1 Cor 2:2).

Before we examine the true gospel of the Bible, I must remind you that we cannot know the gospel unless we know the Bible and this happens only by looking into the book and studying it. D. L. Moody likened the Bible to Gold. He said it this way:

Now I am no prophet, nor the son of a prophet, but one thing I can predict; that every one of our new converts that goes to studying his Bible, and loves this book above every other book, is sure to hold out. The world will have no charm for him; he will get the world under his feet, because in this book he will find something better than the world can give him.

What can botanists tell you of the lily of the valley? You must study this book [the Bible] for that. What can geologists tell you of the Rock of Ages, or mere astronomers about the Bright Morning Star? In those pages [of the Bible] we find all knowledge unto salvation; here we read of the ruin of man by nature, redemption by the blood, and regeneration by the Holy Ghost. These three things run all through and through them.1

Ruin of man by nature

So, Moody ministered at a time where the world was beginning to turn away from the biblical concept of creationism turning to naturalism. Evolutionary thinking represented the new way of thinking. It seems that ever since the American Revolution, many in the United States have wanted to become “like” Europe.

I am reminded of the monkey in the zoo who quipped, “Am I my keeper’s brother?” So, the eclipse of the gospel began by denying that man was created in image of God.

Moody spoke against the culturally accepted message that man evolved physically, socially, and morally. Moody taught about the difference between heaven and hell; he did believe they were real and distinct places.

The truth is that man is dead, depraved, and deceived. Without God, man is a sinner who has fallen short of the expectations of God and His glory (Rom 3:23). Sin has led to hostility between man and God; there is enmity against God (Rom 8:7).

God is holy and must judge sin. We are told that the wages of sin is death. Death is not the end of things; rather, death is separation. Physical death is the separation of the soul from the body. Spiritual death is the separation of man from God. Man is born spiritually separated from God, thus he is spiritually dead. Without remediation, man is eternally separated from God; as a result, he will face the wrath of God (Rom 2:5).

But man is also deceived. Though he is dead spiritually—he is blind and deaf—he thinks he can see and hear. This deception is real. Man really believes he is okay and enlightened. He has no idea of the sin he is in.

The sin of humanity is real and it involves all of us. “All we like sheep have gone astray; We have turned, every one, to his own way; And the Lord has laid on Him the iniquity of us all.” (Isaiah 53:6) Yet, it seems inconsistent that so many liberal thinkers deny the presence of sin. After all, the sin of man can be readily proved by reading the newspaper.

Redemption by the blood

So, man is separated from God by the great chasm of sin. God offers forgiveness of sin and restitution in a relationship with Him (see the chart above, Rom 5:1-2, 9, 21; 6:11; 8:1). To do this, God’s standard must be met. Only a perfect sacrifice would serve. God had to come to mankind to redeem us. Only Christ’s death on the cross was the satisfactory sacrifice.

All religious systems require a sacrifice of some type. There is no other religion on earth where God becomes the sacrifice.

God so loved the world that He sent His one and only unique Son to die on a cross for our sins (John 3:16). Those who respond to Christ by believing that He is sufficient cross over from death to life (John 5:24). Only Christ was the sufficient sacrifice that satisfied the requirements of our holy and righteous God. “For Christ also suffered once for sins, the just for the unjust, that He might bring us to God, being put to death in the flesh but made alive by the Spirit,” (1 Peter 3:18)

Regeneration by the Holy Ghost

All men were made savable through Christ’s death on the cross. Consider these passages:

“But God demonstrates His own love toward us, in that while we were still sinners, Christ died for us.” (Romans 5:8, NKJV)

“For if when we were enemies we were reconciled to God through the death of His Son, much more, having been reconciled, we shall be saved by His life.” (Romans 5:10, NKJV)

Our reconciliation to God requires us to be born again (John 3:1 ff). Our spiritual rebirth requires us to receive Christ, i.e. we must trust in the sufficiency of Christ’s sacrifice on our behalf (John 1:12—“But as many as received Him, to them He gave the right to become children of God, to those who believe in His name…”)

One of my favorite passages of the gospel message is John 5:24. It says, ““Most assuredly, I say to you, he who hears My word and believes in Him who sent Me has everlasting life, and shall not come into judgment, but has passed from death into life.” When we believe in Christ and trust Him with our eternal destiny, we are freed (forever) from the wrath of God; we will not face God at the Great White Throne Judgment (Rev 20:11).

One of the most conspicuous persons at the Brooklyn Rink was a man of over fifty years, a reporter, apparently of a sensational sort. One of my friends entered into conversation with him the second evening, and found him partially intoxicated, ribald, sneering, and an infidel. Inquiring further concerning him, we found that he had been several times in the city jail for drunken brawls, although originally a man of culture and polish. Time passed, and on our last day at Brooklyn the same man, conspicuous by his commanding figure, sat in a back seat in the Simpson Church. My friend accosted him once more, and this was the answer: “I am waiting to thank Mr. Moody, who, under God, has been the greatest blessing of my life to me. I have given up my engagement, the temptations of which are such as no Christian can face. And I am a Christian—a new creature; not reformed; you cannot reform a drunkard; I have tried that a hundred times; but I am regenerated, born again by the grace and power of God. I have reported sermons many a time, simply to ridicule them, but never had the least idea what true religion meant till I heard Mr. Moody’s address on ‘Love and Sympathy,’ ten days ago, and I would not have believed there could be so much sweetness in a lifetime as has been condensed into those ten days. My children knew the change; my wife knew it; I have set up the family altar, and the appetite for liquor has been utterly taken away, that I only loathe what I used to love.” “Let him that standeth take heed lest he fall,” suggested my friend. “No, not while I stand so close to the cross as I do to-day;” and he opened a small hymn-book, on the fly-leaf of which was written: “I have set my face like a flint, and I know that I shall not be ashamed.”[1]

I trust that you have been regenerated. If not, might I suggest you take seriously the claims of Christ and trust Him today? Christ is enough. He is all you need. By trusting in Him, you too can be “regenerated, born again by the grace and power of God.

If you have trusted in Christ, are you willing to share Him with others? Like the drunk above, there many you are exposed to every day who need to hear the gospel message.

Are you willing to make presenting the gospel the passion of your life?

No Replies to "A Passion for the Gospel"