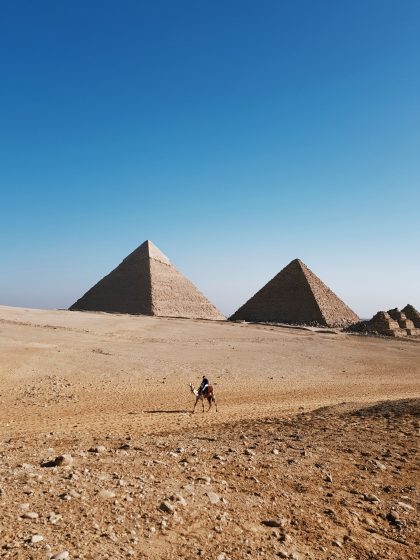 And in the palaces in the land of Egypt, and say:

‘Assemble on the mountains of Samaria;

See great tumults in her midst,

And the oppressed within her.

‘Who store up violence and robbery in their palaces.’ ”

In our consideration of the book of Amos we come to two interesting verses that would be very easy to gloss over. Why be tedious in our reading of these two verses? Isn’t their message obvious? Amos is saying, concerning Israel, there is great confusion (tumults), oppression, and a real lack of people doing the right thing. What more do we need to know? Can’t we just move on? Yes, we could just move on, but we would miss some significant details if we did. Let’s take a closer look.

Notice who the participants are in this dialog. God is the speaker, giving Amos the listener, a specific word to deliver to two nations named in verse nine. The two nations to receive this word are Ashdod, which is one of the main cities of the Philistines, and Egypt. Neither nation has ever been credited with worshipping the one true God of Heaven. Unlike Israel, neither nation was a covenant people. As a matter of fact, as one commentator put it, “Philistia was a nation which had constantly harassed Israel through the reigns of King Saul and King David.”1 As for Egypt, they held Israel in cruel captivity for four hundred years. So why is God instructing these two heathen enemies of Israel to consider the capital city of the Northern Kingdom, Samaria? The answer may be found in the Old Testament law.

Deuteronomy 19:15       “One witness shall not rise against a man concerning any iniquity or any sin that he commits; by the mouth of two or three witnesses the matter shall be established.

The Northern Kingdom Israel had forgotten God’s law. God however, did not forget. He still held them accountable to His Holy instruction to them. The royalty (as referenced by the word “palace”) of these two nations would be the Biblical witness against Israel. It was bad enough that Israel was about to be judged, now they would suffer the additional shame of having their enemies, and the enemies of God for that matter, be the condemning voices!

God tells us that Israel had become confused by the use of the word tumult. He goes on to charge them with “not knowing how to do right”. Did you catch that? It is not just that they did not choose to do right, they were simply incapable of doing right. They didn’t know how! How does this happen? Surely there is built into every human a moral compass, right? Don’t we all possess an innate ability to discern right from wrong? At first glance it would seem so, but upon further inspection the simple answer is no. We tend to base right and wrong on whether or not a particular action done by another helps or hurts us as individuals. I’m sure you can think of several recent examples of this.

Man desperately needs something outside himself – a foundation for discerning right from wrong, something consistently true. Man needs the word of God, otherwise we end up with relative truth, which claims, what you have identified as wrong may not be wrong to me. In fact under the rules of relative truth, what I have identified as wrong you may identify as right.  Without the Word of God truth is determined based on the perspective of the individual rather than an absolute postulation.

The biggest problem with relative truth is that God does not recognize it. His Word proclaims that Jesus is truth (John 14:6).

One major indicator that a people has exclude the word of God from their lives is violence, which we see mentioned along side of robbery in Amos 3:10c.

When sharing my faith with a non-believer I have often been asked, “How could a loving God exist when there is so much evil in the world?” The book of Amos makes it clear evil is not the fault of a loving God. Like the Northern Kingdom in this passage, man rejects the one and only loving God, stores up violence for himself, and forgets how to do good. Man ends up in agreement with Satan and chooses sin. This is why there is evil in the world.

God does not simply look away from wickedness, He judges it. I am humbled and blessed beyond measure knowing that God took the judgement for my sin and placed it on Jesus Christ for my redemption and forgiveness. Why others choose to reject the free gift of God in the person of Jesus is beyond my comprehension. God is truly worthy to be worshipped.