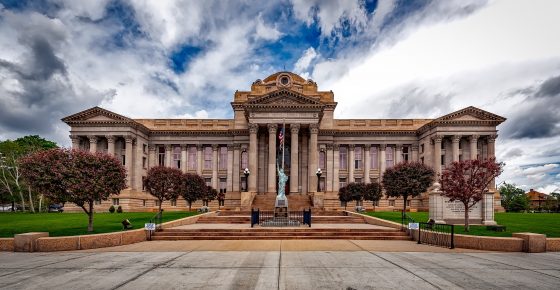 I’m sure you’ve heard a sentence or phrase that rang true with you and captivated your attention. You only needed to hear it that one time for it to be indelibly inscribed in your memory. One such sentence was said by my Pastor. He said, “review is the mother of all learning”. Though that particular sentence may not qualify as christian dogma, I think we can easily recognize the truthfulness of the statement, and add it to our bag of study tools.

You’ll remember that Yahweh sent Amos, a wealthy sheep breeder and arborist from Tekoa (in the Southern Kingdom), to the Northern Kingdom with an urgent message. The Northern Kingdom Israel, with its capital in Samaria, was prosperous and at peace with their neighbors. If they lived in our time and culture, you might hear them say, “life is good! It doesn’t get any better than this!”

The Northern Kingdom had abandoned their covenant relationship with Yahweh. They were worshipping false gods, indulging in every sinful desire, and oppressing the weak and poor among them. They couldn’t be more wrong! Life was not good. Amos was about to deliver a message of judgement from God.

Amos was very specific about the intended audience of God’s message. In chapters one through three he calls out Damascus, Hazael, the Valley of Aven, Beth Eden, Syria, Gaza, Ashkelon, Ekron, the remnant of the Philistines, Tyre, Edom, Ammon, Moab, Judah, and Israel. In chapter four the prophet delivers a word specifically to the women of the capital city Samaria (cows of Bashan). In chapter five we see Amos calling out the house of Israel, which we discovered previously includes both the Northern and Southern Kingdoms.

2 Go over to Calneh and see;

And from there go to Hamath the great;

Then go down to Gath of the Philistines.

Are you better than these kingdoms?

Or is their territory greater than your territory?

The message of judgement in Amos six is directed very specifically to the “notable persons in the chief nation.” This phrase seems to indicate the political leaders of the Northern Kingdom. But I suspect it is a little more specific than that. Look at the next phrase, “to whom the house of Israel comes”. Maybe it would be hard to say conclusively, but I suspect Amos has identified judges here. Look at the next verse.

Woe to you who put far off the day of doom,

Who cause the seat of violence to come near;

Verse three may support the idea that Amos is addressing judges. The verse seems to indicate the deferring of judgement, and ruling in favor of the violent. I would not be prepared to debate the point, but it is an interesting consideration. Whoever the exact addressees are, we at least know from Amos they were “notable persons”.

There was quite a class distinction in the Northern Kingdom at the time Amos sung out God’s message. There were the haves and the have nots. The prosperous and important considered themselves to be untouchable. But here God, through His prophet, clearly communicates they are about to face His wrath.

When we study the scriptures we want to resist the temptation to move from observation and go immediately to application. As a part of observation we need to remember the scriptures were not written directly to the modern day reader. There was an ancient Biblical audience we must consider. We must “grasp the text in their town”, as Duvall and Hays say in the book “Grasping God’s Word”. Only once we’ve made all observations and identified the correct interpretation, can we hope to “grasp the text in our town”, or apply it to us in our day.

I’m sure you understand why I mentioned resisting the temptation to immediately apply this text to us. Can’t you just see America in the pages of the book of Amos? The call in 760 BC for Israel to repent or face God’s judgement, seems every bit as relevant to our nation today. We need to understand that when God judges our nation and the people in it there are no exemptions for politicians, judges, or people of power and affluence. The weak, strong, wealthy, and poor of the nation will all suffer under the nation’s judgement just like the Northern Kingdom Israel did.

There is a glaring and important difference between the nation Israel of the Bible (including modern day Israel) and the United States. They were judged as covenant breakers. The United States never entered into covenant with God and will therefore not be judged as covenant breakers. But remember Damascus, Hazael, the Valley of Aven, Beth Eden, Syria, Gaza, Ashkelon, Ekron, the remnant of the Philistines, Tyre, Edom, Ammon, Moab, were not covenant people either and yet they were all judged for their sin.

Make no mistake, God will eventually judge America for her national sins. Though we will all suffer as individuals in the nation when that happens, there is only one way to personally escape that judgement.

We have turned, every one, to his own way;

And the LORD has laid on Him the iniquity of us all.

The “Him” above is Jesus.

And as Moses lifted up the serpent in the wilderness, even so must the Son of Man be lifted up,

17 For God did not send His Son into the world to condemn the world, but that the world through Him might be saved.

18 “He who believes in Him is not condemned; but he who does not believe is condemned already, because he has not believed in the name of the only begotten Son of God.

We have all been bitten by the serpent of sin and are in need of the one and only saviour Jesus Christ. Look at Jesus on the cross and live. In other words, believe in Jesus and the work of the cross.

Jesus is not a get out of jail free card, but for the believer He is an advocate with the Father.

2:1    My little children, these things I write to you, so that you may not sin. And if anyone sins, we have an Advocate with the Father, Jesus Christ the righteous.