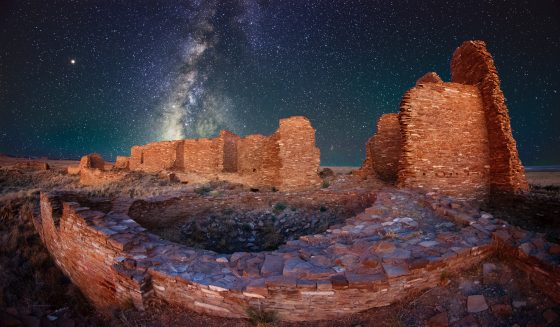 We will be looking at Amos 6:9-11. I covered Amos 6:1 in the devotional called “Amos – Chapter 6 Advocates”, but I missed a significant observation. Here is Amos 6:1 again.

We know that Amos is addressing the Northern Kingdom Israel in chapter 6, but I failed to point out that Zion is in the Southern Kingdom of Judah. The fact that both capital cities in both kingdoms are mentioned becomes significant in subsequent verses.

8 The Lord GOD has sworn by Himself,

9 Then it shall come to pass, that if ten men remain in one house, they shall die.

10 And when a relative of the dead, with one who will burn the bodies, picks up the bodies to take them out of the house, he will say to one inside the house, “Are there any more with you?”

Then someone will say, “None.”

And he will say, “Hold your tongue! For we dare not mention the name of the LORD.”

11 For behold, the LORD gives a command:

We’ve already discussed verse 8, but I included it here for context. Verse 9 immediately follows “Therefore I will deliver up the city and all that is in it”, which tells us Samaria will be conquered by an invading army. It will be an almost complete desimmation, to the degree that, “…if ten men remain in one house, they shall die.” Then the remaining relative goes into the house to collect the bodies for disposal and asks if anyone is left alive. The answer in none. He then counsels the person in the house, “don’t say anything more! We dare not mention the name of Yahweh!

Commentators have suggested the reason they didn’t want the name Yahweh mentioned was for fear their pagan gods would be offended. But reading the verse in context I’m not sure that’s accurate. Look at what follows in verse eleven. “For” explaining the preceding verse, “Yahweh gives a command…”

Think about our culture today. So many non-believers refuse to acknowledge God. They will claim He does not exists. Why? Because “Yahweh gives a command…”. The contemporary non-believer does not want to acknowledge God’s existence because they know if they admit He exists they will be held accountable to Him. They know instinctively that if God exists they fall short of any expectations He may have of them. They will certainly, “hold their tongues”.

I believe the Biblical audience was afraid to acknowledge God was the one who delivered them into captivity, because they knew the prophecy in verse eleven.

Now we can tie verse eleven back to verse one. Captivity is not restricted to the Northern Kingdom. History proves the Southern Kingdom was carried away into captivity some years later. Samaria and Zion (Judah) are both capital cities. One of them is the great (or big) house, and the other the little house. One of them, Samaria or the Northern Kingdom, comprising the ten tribes, was broken into “bits” and was never really a nation again. The little house, Judah, made up of the remaining two tribes, was broken into “pieces”, and was indeed re-established as a nation much later in history.

We cannot stop the Word of God by not acknowledging the existence of God. We are accountable to Yahweh because He declares it to be true – it has nothing to do with whether or not we recognize Him.

The context for the following two verses had to do with believers contending with and judging fellow believers. Nevertheless the truth of these two verses stand unaltered if they stand alone.

Every knee and every tongue includes both yours and mine. We will one day give account of ourselves to God. We will bow our knee to Him, and we will confess to God. Why not do it on this side of heaven?

Let’s bow our knees in submission to God. If we find ourselves outside of His will, let’s repent, and get back in line. Let’s confess to God as not only an act of submission, but also as an act of worship.

God is truly Holy and worthy of our obedience, praise, and worship.