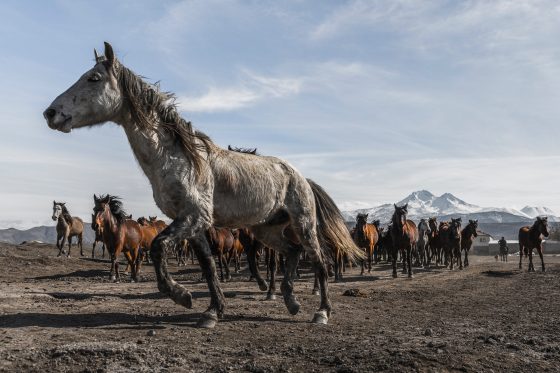 I think one major problem with attempting to understand the Bible today, is the modern reader’s approach to the text. There seems to be this unspoken and wrong perspective that “the Bible was written just for me”. We read the passage and immediately attempt to apply it to our lives without giving thought to who the original ancient audience was, or the historical context in which it was written. This can lead to misunderstanding the message of God’s Word.

Let me say it more plainly. The book of Amos was not written to America, period. We have overwhelming evidence that the book was written to the Northern Kingdom of Israel thousands of years ago. They were in covenant with Yahweh God, broke covenant, and were about to suffer the consequences of illegally exiting God’s contract.

Since America was never in covenant relationship with Yahweh, they will never be punished for breaking covenant. I hope you read the last sentence carefully. I did not say that God will never judge or punish America. On the contrary, I do believe that God will eventually both judge and punish America, it just won’t be related to the covenant violations.

Because America is so different than ancient Israel, it is all the more amazing to me how many parallels there seems to be between the children of Israel, as recorded in the book of Amos, and America today. Maybe you too have noticed them.

Does one plow there with oxen?

Yet you have turned justice into gall,

And the fruit of righteousness into wormwood,

13 You who rejoice over Lo Debar,

Who say, “Have we not taken Karnaim for ourselves

By our own strength?”

14 “But, behold, I will raise up a nation against you,

Says the LORD God of hosts;

“And they will afflict you from the entrance of Hamath

To the Valley of the Arabah.”

So let’s answer the questions posed by the author of Amos in the twelfth verse.  Goats run on rocks, but no, horses do not. If the word “there” in verse twelve is referring to rocks, then again the answer is, no. No one plows in the rocks with oxen. Why does Amos ask these rhetorical questions? He asks in order to demonstrate the parallel Irony of the Israelites turning justice into gall (poison, venom, a poisonous plant). The Northern Kingdom took the fruit of righteousness, or you could say the benefits of righteousness, and turn it into bitterness (wormwood). What is this verse telling us? They’ve turned things upside down. Defining good as evil and evil as good. Why is this such a big deal? It is a big deal because God defines good and evil, and we dare not re-define as good what God calls evil, nor treat what God has labeled evil as something good. Doing so is the very act of rebellion against God.

What is verse thirteen all about?

Amos uses the ambiguity to make a play on words. The term lo means “no,” and dabar means “thing”; Amos accuses them of rejoicing in “nothing.”

And Karnaim? What does that mean? Again I turn to the Faithlife Study Bible for insight.

The name Karnaim means “two horns.” The horn was a symbol of power, and Amos is forming a pun on the symbolic associations with the horn.

It is likely the Northern Kingdom under Jeroboam II, conquered both Lo Debar and Karnaim. Israel was bragging, “how strong is the city named strong? Not as strong as us! We conquered the strong, that makes us stronger!”

Israel was experiencing the height of national pride. The problem was their pride was not found in Yahweh, but rather their own wicked ways.

In verse fourteen we see God almost mournfully declaring, “O Israel, don’t you realize, I’ve assigned a nation to humble you by carrying you off?”

What about the last part of verse fourteen that says, “And they will afflict you from the entrance of Hamath to the Valley of the Arabah”?

Under Jeroboam II, Israel controlled territory from northern Syria (Hamath) to the southeast end of the Dead Sea (the Arabah).

The Historical record is clear. The things Amos prophesied against Israel did indeed occur. There was no escape for them. Let me ask you a question? Do you see America being guilty of any of the things talked about in the book of Amos? Does America re-define what God has clearly defined in His Holy Word?

Has America taken God’s definition of marriage and redefined it? Does America treat the murder of innocent babies before birth as good? Has America pushed God out of schools, denying the children of this nation an education about Him, while treating it as good?

Can the truth of the scriptures be applied to the modern day reader? Absolutely! But first we must understand it, and we can’t do that without considering, among other things, the original audience.