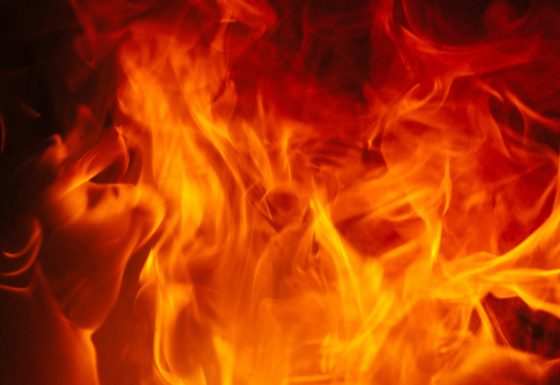 Last time we looked at the first three words in Amos 6:8. We discovered together that Lord GOD can accurately be translated Master Yahweh. Now that we know beyond a shadow of a doubt that the God being mentioned here is indeed THE covenant God of Israel, THE one and only creator and master of the universe, let’s consider the first phrase of the sentence, which is from the first word to the first comma, “The Lord GOD has sworn by Himself”.

What does it mean the God has “sworn by Himself”? Consider the following definition of the Hebrew word, שֶׁבַע (shaba), which is the infinitive form of the verb to swear.

שֶׁבַע to swear (denom. from שֶׁבַע seven; inasmuch as the septenary number was sacred, and oaths were confirmed either by seven sacrifices, Gen. 21:28, seqq.; or by seven witnesses and pledges.

Why seven? Some say the meaning of the number seven in the Bible refers to spiritual perfection. Another idea about the number seven is it represents completion – God completed all of creation within seven days. Can you think of anyone or anything more spiritually perfect, or complete than God? This is why He swore by Himself. There simply is no one greater by which to swear than God Himself. Hebrews 6:13 affirms the idea.

Hebrews 6:13 For when God made a promise to Abraham, because He could swear by no one greater, He swore by Himself,

Now we know why God swore by Himself, but what does it mean that He swore?

The range of meaning for the word swore or sworn is “to make a statement; to give a pledge.” I think the idea here is that what God is about to say is cemented forever in the foundation of His very being. What He is about to say is absolutely going to happen, with no chance of deviation.

The first phrase we encountered in this verse said, “Lord GOD”, this time it says, “LORD God”. Notice the different case, or capitalization between the two? This isn’t just the publishers or translators being quirky. Different words are being used. The first “Lord GOD (Adonai Yahweh) is Master Yahweh, with the sense that He is the ultimate, or above all others, the Master. This second combination, “LORD God” is the words Yahweh (LORD) Elohim. We’ve already identified Yahweh to be God’s personal name. Elohim is the plural form of the word God which is inclusive of the three persons of the trinity, and speaks of His great power.

The Hebrew word translated “host” very simply is army. You could paraphrase “The LORD God of hosts says” with some accuracy as “Yahweh the most powerful God of armies says”.

The word from God that follows is a very intense, heavy, and frightening proclamation against God’s disobedient children. The very nature of His name represented two different ways, commands awe and reverence for the God above all other Gods. Did they fall on their faces as Paul did when He met Christ on the road to Damascus? Did they fall down as dead men as John did when He encountered the Glorified Christ of the book of Revelation? It does not appear so. As a matter of fact we will see in the next chapter that the wicked Amaziah priest of Bethel tries to get Amos to shut up and go home.

How did the original New Testament audience respond to Master Yahweh, Yahweh the most powerful?

19 And this is the condemnation, that the light has come into the world, and men loved darkness rather than light, because their deeds were evil.

20 For everyone practicing evil hates the light and does not come to the light, lest his deeds should be exposed.

The people of their generation didn’t want to hear it, and the people of our generation don’t want to hear it either. They want to hear words of affirmation. They want to hear a wonderful word of encouragement. They may be open to minor adjustments in their lives, but it must be through positive and encouraging self help books or sermons. Let us hear about a God of Love, not a God who judges sin! Don’t tell me that what I am doing is sin, that is so intolerant! They don’t realize that the God of Love IS the God who judges sin. Out of love God placed that judgement on His only Begotten Son Jesus. We can avoid sin’s condemnation if we will simply believe in Jesus.

God in His great love and mercy invites the bitten of the serpent of sin to simply look at the serpent on the brass poll and live! In other words, simply put your faith and trust in the Lord Jesus Christ who died on the cross as sin, and live!

12   Then Jesus spoke to them again, saying, “I am the light of the world. He who follows Me shall not walk in darkness, but have the light of life.”

What a powerful, loving, lord, and master God we serve!