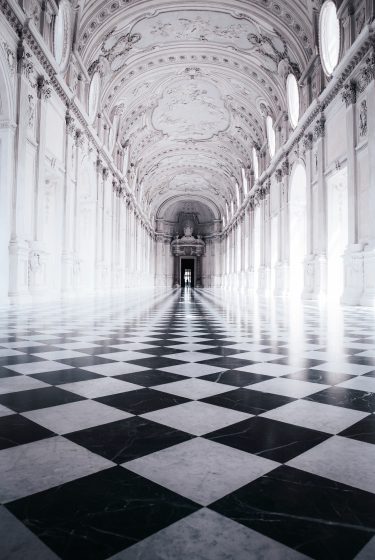 We’ve learned some interesting things by considering from the first word to the semicolon in Amos 6:8. Instead of just saying, “God says:”, the prophet Amos introduces what God says with rich and deep meaning. This isn’t just God, it is Adonai Yahweh, Yahweh Elohim. And He didn’t just say something, He swore by Himself. Aside from being Master Yahweh, Yahweh the most powerful, He is also Yahweh the most powerful over all the armies!

Moving on from Amos’ introduction of God, let’s spend some time considering what Amos has quoted God as having said.

The Lord GOD has sworn by Himself,

We know through reading this verse in the immediate context (verses surrounding it), chapter context, and the context of the entire book, that when God says Jacob, He is referring to the Nation of Israel or the Northern Kingdom, and not Jacob the individual. We read to the end of the verse where God says “Therefore I will deliver up the city and all that is in it”, and our response maybe, “wow! That seems harsh! What did they do again?” In other words, what did the nation do that warrants being delivered up to an enemy by the very hand of God? There are only two things listed here in this verse. God “abhors the pride of [Jacob – Northern Kingdom], and  “hates his [Jacob – Northern Kingdom’s] palaces”. That’s it? So what’s the big deal?

First of all we would do well to note that pride is a sin. Consider Psalm 10:2.

2 The wicked in his pride persecutes the poor;

Let them be caught in the plots which they have devised.

This verse perfectly describes the Northern Kingdoms behaviour, we’ve already noticed in previous chapters.They were indeed persecuting the poor. But what is it about pride that is so wrong from God’s perspective?

At this point we should be reminded that the Nation of Israel, both Northern and Southern Kingdoms, were covenant people. Before they had split into two kingdoms, they had willingly entered into covenant relationship, or a contract relationship, much like a marriage, with Yahweh. When one is full of pride it is an indication that they are self centered, and inconsiderate of the other person in the relationship. When a prideful person delights in their accomplishments, it easily becomes over inflated to the point where the individual believes they did it all themselves, and deserve all the accolades. If you stop to think about it, pride most often manifests itself in a form of self worship. Their palaces were the place of worship where the self-worship occurred. When the Northern Kingdom, or we are worshiping ourselves, who are we not worshiping?

My children will remember me telling them often, “we were never designed to contain glory, we were instead designed to reflect glory back to God.”

26   Then Hezekiah humbled himself for the pride of his heart, he and the inhabitants of Jerusalem, so that the wrath of the LORD did not come upon them in the days of Hezekiah.

The fear of the LORD is to hate evil;

Pride and arrogance and the evil way

And the perverse mouth I hate.

I could go on for a long time showing you verse after verse about pride being considered a sin by God. It is judged very harshly by God.

Sometimes I think we read the Bible as a story book. We see how rebellious the Israelites were, and the fact that God judged them for it, and we sort of shrug our shoulders and read on. We don’t stop to consider that oftentimes our nation, or even us as individuals, are guilty of the same sins that caused God’s wrath to fall upon the ancient Israelites. And yet we never connect the dots. God judged their nation, and God will most certainly judge ours. The astute reader may protest, “Ah, but they were God’s covenant people, and we are not!”, thinking this releases the non-covenant nation from God’s judgement. Oh, how soon we forget the lessons in the early chapters of the book of Amos. God indeed judged the non-covenant nations for their sins. God has and will judge every nation for their sins!

Furthermore, beyond every nation, God judges every individual for their sins! There is no escape for sin’s judgement! God always, without exception, judges sin. No exceptions, no excuses, ever. If you are a believer in Jesus Christ you may be thinking you are the exception, but you would be wrong. The Bible is clear. There are no exceptions, God always judges sin.

The difference for the believer is that when God judges us for our sin He looks at Jesus. Jesus the Messiah took our sins upon Himself. He was judged in our place. Jesus was humiliated, beaten and was crucified for our sins, instead of us.

I don’t know about you, but when I’m thinking about the substitutionary work of Jesus on the cross I am anything but prideful. I’m humbled, and even bewildered that the sinless, perfect, creator God of the universe, the Son of God named Jesus, would suffer the penalty for my sins, so that I wouldn’t have to, and so that I may be reconciled to God.

I wish there were words strong enough to proclaim that God is truly worthy of all praise and worship!