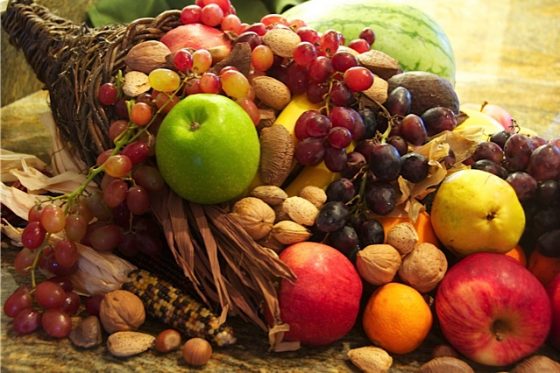 I love the fact that the Lexham English Bible (LEB) puts God’s Hebrew name Yahweh in where it belongs in the biblical text instead of using the English words Lord or God, which is why I chose it for this article. If you are unfamiliar with the LEB translation feel free to compare it to the translation you normally study. I would also encourage you to look up words in the source languages (Hebrew/Greek) to compare the LEB translation to the original biblical languages. I find the Lexham English Bible to be a very solid and good translation. You can check it out further at httpss://app.logos.com.

In the third vision, found in Amos 7:7-9, God was showing Amos something that he could not stand in the gap over. Prayer from Amos, or anyone for that matter, would not prevent God from doing what He revealed here. When reading about the fourth vision we see it too could not be circumvented, which is why I group three and four together.

This fourth vision, as revealed in Amos 8:1-14, is longer than the previous three put together. God reveals to Israel, through the prophet Amos, exactly what will happen.

8:1 My Lord Yahweh showed me this, and there was a basket of summer fruit.

Let’s make a few observations before moving on to verse two. The first striking reveal is that Amos considers Yahweh his God. By saying “my Lord” Amos is declaring his submission in both position and function to the one named Yahweh. This pronouncement comes on the heels of Amaziah’s accusation that Amos was conspiring against the king and against the kingdom. No, Amos’ only motivation was to obey the one whom he had submitted himself to, his Lord Yahweh!

Next, we see that Yahweh showed Amos something. What did God show Amos? A basket of ripe fruit. Um…ok. That could cause confusion. Here’s Amos running around the region proclaiming that God is about to judge the nations for their wickedness. Wouldn’t you almost expect a vision of a firey horse of the Apocrypha and not a tasty looking cornucopia? What about a huge angel with a fiery sword in his hand? No. Amos tells us God showed him a basket of fruit.

God emphasizes basket of fruit by asking, “What do you see, Amos”. Amos responds simply, “A basket of summer fruit”, then God in His faithfulness and love explains to Amos why he is seeing the basket of summer fruit. It represents the end of, or more accurately the completion of a season, or period of time. The wickedness of the nation is complete. They have had plenty of time to repent and have consistently hardened their hearts in stubborn defiance of God’s goodness. Their wickedness is full or complete. The time for mercy has passed, “I will not pass by them again”.

When I read “I will not pass by them again” it sounded very much like the judgment against Egypt’s firstborn. The Angel of death moved through the land killing the firstborn males in every home. But he passed by all of the homes whose occupants had obeyed God by marking their houses. He’s not passing by them anymore. Their houses have not been marked as being under God’s protection. Now it is time for judgment.

As I read Amos chapter eight over and over again I noticed how God is very intentional. Nothing He does is “off the cuff”. God is merciful and patient. There is no limit to Yahweh’s mercy. God didn’t just one day say, “enough is enough! I’m sick of this! Boom you’re toast”!!! It was the people who set the limit on themselves. They hardened their own hearts so long that they would never repent without intervention from God. That’s when God said, “the end has come upon my people Israel”.

God is so full of love for us! Adam and Eve condemned all of mankind to be forever separated from God. However, God made a way, the only way, for us to be reconciled back into fellowship with Him if we would only choose it (or I should say Him).

God in His infinite goodness has given each of us control over our own destiny. Choose Jesus, choose life. Not choosing Jesus is to choose death.

If you have not already done so I implore you to choose life by choosing to place your faith in the only one able to save you, Jesus Christ.

6  Jesus said to him, “I am the way, and the truth, and the life. No one comes to the Father except through me.