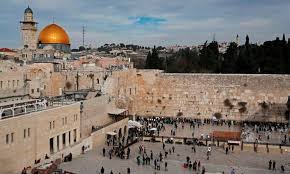 I hope you make a regular practice of having the word of God open as you consider any Biblical message. You will definitely want to have Amos chapter nine handy because I will not include every verse I reference in this post. As a matter of fact, you will want to read Amos chapter nine before considering my comments.

How did I come to the conclusion the Lord is on or near the temple wall? I get it by assembling the clues left for us in the text itself. Notice the phrase “midst of my people Israel”. The temple was supposed to be the center of the Nation’s daily existence. The temple was a physical representation of the covenant between God and the nation. Notice also the reference to the “sanctuaries of Israel” in verse 9. Putting together the context clues in the passage it is an easy conclusion that Amos sees the Lord in this passage on or near the outside of the temple.

I saw the Lord standing by the altar, and He said:

“Strike the doorposts, that the thresholds may shake,

And break them on the heads of them all.

I will slay the last of them with the sword.

He who flees from them shall not get away,

And he who escapes from them shall not be delivered.

As if the text between Amos 7 and 9 is progressive we now see the Lord inside the temple where he executes final judgment.

At first glance, it would appear the Lord is commanding Amos to strike the doorposts that the thresholds may shake, however, the text is not worded that way. Amos doesn’t say, “the Lord said to me”. Think about it. Would Amos have strength enough to strike the doorposts so hard that the thresholds would shake? No. Amos is simply an observer in this vision. Amos’ job is to record and repeat what he sees.

The Lord goes on in verses two through four to describe that His judgment will fall on all of the offenders. There is no corner of the universe where they can flee to escape His wrath.

In verses five and six Amos reminds them who He is, and verses seven through nine God reminds them how he sees them.

10 All the sinners of My people shall die by the sword,

Who say, ‘The calamity shall not overtake nor confront us.’

Reading chapter nine carefully and considering the whole chapter together it seems to me the chapter is describing far more than the events of 722 B.C. when Assyria conquered the Northern Kingdom of Israel. I think chapter nine certainly begins with the events of 722 B.C., but I suspect they reach forward to the very end of the age when Jesus returns to the earth in final judgment.

Foolish is the one who would always only paint God as a God of love and mercy when His word makes clear He is also a God of judgment and wrath. God’s judgment is righteous and His wrath will ultimately be sated. For the believer, we have been spared God’s judgment because it was poured out on Jesus instead of us. What incredible mercy God has extended to us!

So far in the book of Amos, we have seen a furious, vengeful God of wrath. In the remaining verses of chapter nine, we get a sneak peek of God’s redemptive power. Until next time.