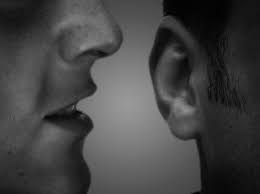 A faithful preacher or teacher of the word of God must be careful to not change the emphasis made by the original author as he works his way through the text. Changing the focus can very easily change the message.

Having said that, as we study through the word of God there are times when we zoom in microscopically to inspect a particular detail, temporarily ignoring all other details. We do this in order to increase our understanding of the whole passage. We must then zoom back out and consider the rest of the passage in light of what we discovered being careful to keep our freshly examined detail in its appropriate place in the passage.

Chapter 9 concludes the book of Amos. It begins with Amos declaring, “I saw the Lord [Adonani] standing by the altar…”.

In our first study of this remarkable little book, we considered Amos the man. As we near the end I’d like to spend a few more minutes with Amos being the subject of our microscopic examination.

You may remember Amos was most likely a wealthy businessman. He was a sheepbreeder and arborist. He hailed from a small town twelve miles south of Jerusalem in the Southern Kingdom. In chapter seven Amos himself gives us a peek into his calling.

14 Then Amos answered, and said to Amaziah:

“I was no prophet,
Nor was I a son of a prophet,
But I was a sheepbreeder
And a tender of sycamore fruit.
15 Then the LORD took me as I followed the flock,
And the LORD said to me,
‘Go, prophesy to My people Israel.’

What is our modern day concept of how a man is conscripted into God’s service? Maybe he has the desire to stand in the pulpit, preach as an evangelist, or serve on a foreign mission’s field. He spends time praying to attempt to discern God’s will for his life. This man desiring to enter ministry then bounces the idea off of those around him seeking their counsel. With his family and mentors’ approval, he then completes some formal education in Bible school, seminary, language school, etc. Once his education is complete he prays for where God would send him and begins the application process. If he’s hired it’s most likely as a children’s or youth pastor. He’ll have to do his time under someone before he aspires to the position of senior pastor.

I’m not suggesting the modern day process is wrong, but notice the sharp contrast between it and Amos. I was no prophet, not born of a prophet, had no formal training to be a prophet. I was a businessman attending to my businesses and God TOOK ME! I received no training, not even on the job training under a mentor. I was not given a chance to hone my skills as an orator. God gave me a message and said go repeat the message in a hostile land to a hostile people! It’s not a message of encouragement, but rather one of condemnation and wrath! So, I did exactly as God commanded.

Amos is an amazing example of complete obedience to the Word of God. God said leave your home, Amos left. Travel north, Amos was on his way. Say this, Amos opened his mouth.

Amos operated in perfect confidence. Not in his abilities but in his mandate from Yahweh. The Northern Kingdom’s priest challenged Amos and his mission. Amos responded not by cowering under the looming figure of a well established and trained priest. He responded by saying I have nothing for qualifications other than God TOOK ME, and said go! “Therefore (7:17) thus says the LORD…”

We have no indication from the scriptures that Amos was afraid, but he might have been. If he was, he did not allow his fear to interfere with God’s instructions.  We have no indication that Amos was insecure, but if he was he trusted in God’s command, not his own abilities. Think about it. Amos had the easiest job in the world. God says, “Amos say this…”, then Amos simply repeated every word. No skill required, only obedience! Harsh environment? For sure. Dangerous and life-threatening? Probably.

What an incredible experience for Amos. Firstly, being selected or “taken” by God into His service. What an honor! Secondly, being among the privileged few to actually hear God speak. Amazing! Thirdly, being among an even smaller group who actually saw the LORD (Amos 6:7, 9:1).

If God can do that with Amos what can he do with you and me if we simply respond in obedience to His voice?