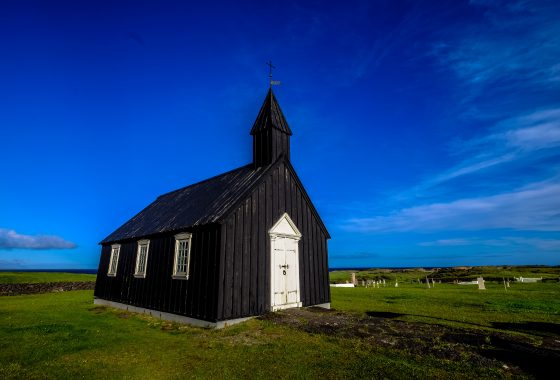 Amos 4:1-5 should be considered a single discourse, or logical chunk of scripture for study. However, we have previously discussed verses one and two, so today we pick up at verse three.

Starting in vese one Amos addresses the wives of the Northern Kingdom of Israel’s capital city Samaria. He points out their abuses against the poor and needy as just one evidence of their wickedness and warns them of God’s impending judgement.

3 You will go out through broken walls,

Each one straight ahead of her,

And you will be cast into Harmon,”

What does it mean they will go out through broken walls? The verse above declares the people will be lead away into captivity as if they had fishhooks in their jaws. The broken walls here are referring to the city walls meant to keep the people safe from an invading army. Amos is telling them, your walls will not keep the enemy out. You are going to be carried away through breaches in the wall.

There is no little discussion on “…you will be cast into Harmon” among Bible scholars, which I would like to avoid here. Feel free to study it on your own, but just let me say the phrase communicated to them they would be ripped from their homes and cast out having no place to call their own.

4 “Come to Bethel and transgress,

Bring your sacrifices every morning,

Your tithes every three days.

5 Offer a sacrifice of thanksgiving with leaven,

Proclaim and announce the freewill offerings;

For this you love,

The prophet of God is employing biting sarcasm to get his point across. Bethel was the name of a city. The word is constructed by putting two words together. Beth is the Hebrew word House and El is the shortened form of Elohim meaning God. Put together the name of the city was “House of God”.

We know Amos was employing sarcasm because there is no way God would be instructing Amos to invite his people to a place called “House of God” in order to commit sin. Remember James 1:13? It says,

13   Let no one say when he is tempted, “I am tempted by God”; for God cannot be tempted by evil, nor does He Himself tempt anyone.

Gilgal was a well known place to the Israelites. It is where they camped when they first entered the promised land after crossing the Jordan river (Joshua 4:19). In Joshua 5:9 it’s where Yahweh tells Joshua, “Today I have rolled away the reproach of Egypt from you”. They celebrated  their first passover in Canaan at Gilgal (Joshua 5:10). Joshua constructed a monument of piled up stones at Gilgal to commemorate the Jordan river crossing (Joshua 4:20). There are many more biblical references to Gilgal pointing out why it was significant to the Israelites. The Lexham Bible Dictionary tells us that Gilgal came to be used by the prophets as a negative place of reference with negative connotations.

The Prophets use Gilgal as a negative symbol of Israel’s iniquities. For example, Hosea 9:15 states, “All their evil is at Gilgal; Indeed, I came to hate them there.” Amos 5:5 pronounces judgment on Gilgal, stating, “Gilgal will certainly go into captivity. And Bethel will come to trouble.” In contrast, Micah refers to Gilgal in a positive light to remind the Israelites of God’s righteousness and grace (Mic 6:5).

Yeah come sin! Then “Bring for sacrifices every morning…”. This was a reference to the sacrificial system God established in Numbers 28:3. Likewise the Israelites were commanded by God to bring their tithes in Deuteronomy 14:28. Offer the sacrifice of thanksgiving as in Leviticus 7:13.

This discourse concludes with the second half of Amos 4:5. It says,

…For this you love,

The scathing accusation in Amos 4:4-5 is the people were willfully committing their transgressions or rebellious acts against the commandments of God, then going through the religious yet empty motions required by the law. There was no serious repentance being expressed in these observances demanded by the law.  The Israelites were operating under the deception they could sin deeply, then have their offenses against God erased by going through ritualistic motions.

The work of the cross of Jesus Christ is the only answer to man’s sin problem. It is not a ritual that cleanses you, it is the blood of Jesus Christ Son of God. Jesus paid the highest price possible to secure our salvation and a flippant attitude of sin and forgiveness is nothing short of an insult leveled at very person and work of God. Beth-El (House of God) is not a place for sin. It should be a place where we have sweet communion with our Saviour.