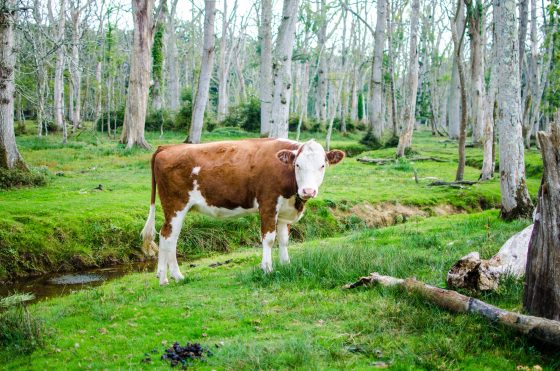 As we approach Amos chapter four I feel compelled to say it seems to be an unusual chapter. But then another question immediately comes to mind. Which chapters of the Bible could we say are “usual”? God’s Holy book the Bible is full of wonderful and unique narrative, poetry, instruction and more. Instead of saying the chapter is unusual, maybe I will just say that as I began to peer into the fourth chapter of Amos, I was surprised (you probably won’t be) at what I learned.

1     Hear this word, you cows of Bashan, who are on the mountain of Samaria,

2 The Lord GOD has sworn by His holiness:

Attempting to be a diligent student of the Word of God I looked up the word “cows” found in the first verse. I don’t know what I was expecting to discover, but I was surprised to learn the Hebrew word translated “cow” actually means, wait for it…, yep you guessed it “cow”. I remembered that Psalm 22 referred to “Bulls of Bashan”. The Twenty second Psalm is a clear prophecy of Jesus Christ, I hope you will take the time to read the whole Psalm, but here’s verse twelve.

Psalm 22 talks about Bulls of Bashan, why does Amos refer to the cows of Bashan? You are probably also wondering about Bashan.

Let’s see if we can unpack the first verse. Bashan was well known as a lush and prosperous land with excellent and well feed cattle. Biblical references to Bashan often denote strength and or prosperity. The Israelites under the leadership of Moses encountered Og the King of Bashan and his people as recorded in the Numbers 21:33-35.

Amos starts chapter four by addressing the women of the Northern Kingdom. We know this because Amos chose the word cow instead of the word bull. Further evidence the prophet is talk to the women is the phrase at the end of verse 1, “…Who say to your husbands…”.

It has been suggested you could gauge the wealth of an ancient nation by how their women lived. If the women were well feed and prosperous, the nation as a whole was prosperous. By Amos selecting the derogatory reference, “cows of Bashan” he was acknowledging their prosperous position in the capital city of Samaria. He levels the charge against them that they have oppress the poor” and “crushed the needy” as a means of becoming wealthy. There abuse of the less fortunate has not escaped God’s notice. The wealthy women of Samaria are not remorseful for their disdain of those they’ve stepped on. The women want to drink to their success with their husbands. Contrastively God declares He does indeed hold them accountable, and will punish them accordingly.

2    The Lord GOD has sworn by His holiness:

Again I am struck by the words chosen by God and penned by the prophet Amos. Reading this prophecy after it has been fulfilled I would have thought the imagery of a fishing net might fit better. But God always chooses the most powerful and accurate words to communicate with man. Remember at the time of the prophecy the nation was indulging in great wealth. As it turns out their indulgences were already hooks set in their jaws by which the invading army would draw them out and conquer them.

Notice the word “posterity” in verse two? Not only were the people destroyed for their wickedness, the children suffered right along with them.

Even today sin not only punishes the offender, but the people around the offender as well. As an example, does an alcoholic father only suffer loss, or does his family suffer too?

Both the men and women of Samaria shunned God, oppressed the poor and needy, and wrongly concluded they were entitled to enjoy their wealth.

I can’t help but think of America today. Have we been lulled to sleep by our affluence? Have we stepped on the less fortunate on our climb to the top? Are we enjoying the well deserved benefits of our labors, or have our indulgences served to only set the hook in our mouths. Will another nation one day reel us in and conquer us, effectively destroying us as a nation? Think it can’t or won’t happen? Yeah, the Northern Kingdom of Israel headquartered in Samaria thought the same thing. Has God sent our country prophets demanding our repentance? Have we ignored the voice of God through His prophets? Have we ignored God’s Holy Word?

Believers! We need to speak up, Learn God’s Word, live God’s Word, proclaim God’s Word. As a nation America needs to repent of its wickedness and honor God before it is too late.