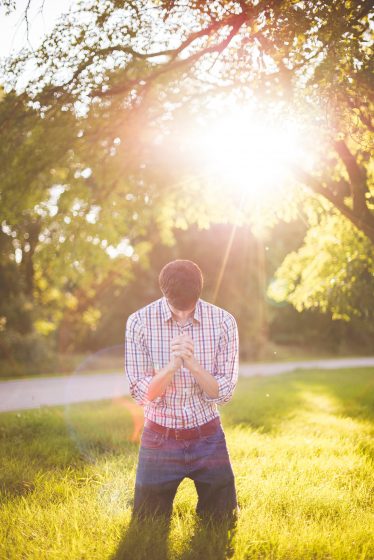 In the book of Amos, the prophet delivers a message of punishment to eight different places. When comparing all eight segments together as a unit, one notices something interesting. The first six places are being punished for crimes they committed against some other people group. The seventh proclamation, against Judah, is made in Amos 2:4,  “Because they have despised the law of the LORD, And have not kept His commandments”.  According to this verse it isn’t sins against a neighboring people group that called down the wrath of God upon Judah, but rather sins committed directly against God. The Biblical reference concerning Judah acts as a transition to the core message of the book, which is a message to the Northern Kingdom Israel.

Even though the chapter verse annotations were added much much later, and are not inspired, we do see a pattern emerge in these verses. The previous proclamations of judgement were made in the space of two or three verses apiece.

In keeping with the pattern of two or three verse prophetic words to each of the previous seven places, let’s consider the first three verses of the message delivered to Israel.

“For three transgressions of Israel, and for four,

Because they sell the righteous for silver,

And the poor for a pair of sandals.

7 They pant after the dust of the earth which is on the head of the poor,

And pervert the way of the humble.

A man and his father go in to the same girl,

To defile My holy name.

8 They lie down by every altar on clothes taken in pledge,

And drink the wine of the condemned in the house of their god.”

As I’ve already said, the first six proclamations against other nations were because they sinned against another people group. The seventh, Judah was judged because they despised God’s law. The first three verses of Israel’s message is different. They are being punished for sinning against their own people.

From the end of verse seven (“…to defile My holy name…”) through verse eight the charges against Israel transition to transgressions against God.

The previous prophecies were completed after two or three verses. However, the word against Israel continues into the fourth verse, which is actually verse nine. Here are the next three verses.

Whose height was like the height of the cedars,

And he was as strong as the oaks;

Yet I destroyed his fruit above

And his roots beneath.

10 Also it was I who brought you up from the land of Egypt,

And led you forty years through the wilderness,

To possess the land of the Amorite.

11 I raised up some of your sons as prophets,

And some of your young men as Nazirites.

Is it not so, O you children of Israel?”

In these verses God contrasts Israel’s sinful acts with His own righteous acts toward them. How could Israel have committed such atrocities against each other when God had been so demonstrably good to them? I think the answer is because the heart of man since the fall, is desperately wicked, as we are told in Jeremiah 17:9.

Jeremiah 17:9  “The heart is deceitful above all things,

Who can know it?”

The next verse in Jeremiah 17 answers the question raised in verse 9. In Jeremiah 17:10 God says the following.

I test the mind,

Even to give every man according to his ways,

According to the fruit of his doings.”

The prophecy against Israel came at a time when they were enjoying peace with their neighbors and great prosperity. As we will see later in the book it was common for the people to have summer homes! The nation was outwardly prosperous and inwardly bankrupt. I can’t help but compare the truth we see in this passage to us today. We are experiencing prosperity as a nation. Even the poorest among us can seem wealthy compared to the poor in third world countries. Most of us have everything we need and most of what we want, and yet we can be spiritually bankrupt and found wanting before the LORD.

What do we need? In my opinion we need to submit to the truth of Jeremiah 17:10. We should be begging Yahweh to “search our hearts” and “test our minds” (the things that consume our thoughts). In short we need God to assess our situation and give us His perspective. We should then be willing to repent if necessary and recalibrate and re-center on God’s will for our lives. We must be consistently in His Holy Word, and spending time communing with God in prayer.

Hebrews 4:11       “Let us therefore be diligent to enter that rest, lest anyone fall according to the same example of disobedience.

12 For the word of God is living and powerful, and sharper than any two-edged sword, piercing even to the division of soul and spirit, and of joints and marrow, and is a discerner of the thoughts and intents of the heart.

13 And there is no creature hidden from His sight, but all things are naked and open to the eyes of Him to whom we must give account.”

Remember nothing is more important than walking in right relationship with God.