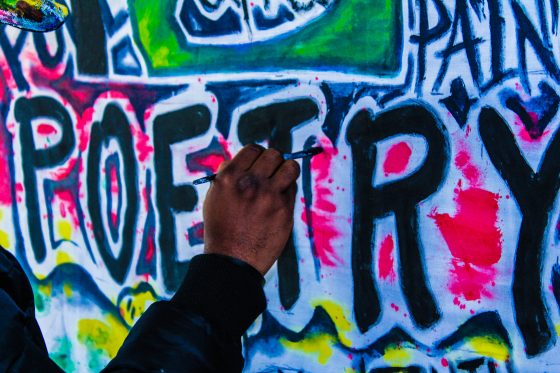 Wouldn’t it be reasonable to expect the author to know something of his subject before he writes? Yet I must confess my lack of knowledge before we can progress. Amos 4:6-11 appears to be in Hebrew poetic form, but I don’t know. Why then would I mention it you may ask?

Let me explain. I do know that Hebrew poetry does not rely on rhyme and meter as in the English language. It instead employs the concept of literary parallelism. You very easily encounter Hebrew poetry in the Psalms. There are many forms of parallelism and some of them are difficult to identify. I’ll mention a few of the more popular and easily recognizable forms. Someone skilled in the Hebrew language would be able to identify Hebrew poetry in the source language of the Old Testament.

Amos 4:6-11 whether it has actually been penned in the Hebrew poetic form of Synthetic parallelism or not, it does exhibit Synthetic (developing) characteristics. Read Amos 4:6-11, do you see how each connected phrase provides the reader (and originally the hearer) with more information as the text progresses?

“Also I gave you cleanness of teeth in all your cities.

And lack of bread in all your places;

Yet you have not returned to Me,”

God communicated to His rebellious children using idioms they would understand. God revealed to them His attempt to turn their hearts back to Himself using famine. God uses an interesting choice of words, “I gave you cleanness of teeth”. In context, we know that God is not saying He provided them all toothbrushes. Clearly these people had “clean teeth” because they had nothing to eat. I suspect the meaning to be a little more pointed than just that they had nothing to eat. The picture those particular words paint for me, is that there was no meat stuck between their teeth, but who knows? Where did they have “cleanness of teeth”? In all their cities.

In the next sentence we learn a little more. They didn’t even have bread. Not only was there lack in the cities but in all their places.

I also find it interesting that God says he “gave” them this famine, as if it was a gift. The prophet is not communicating a punitive expression of God’s wrath. I believe Amos is saying to this rebellious nation, that God in His unfailing mercy offered them repentance, by giving them something that should turn their hearts back to Him. God is saying, “I’m giving you this problem, I am the solution, will you pick me?” Sadly, they did not.

If the famine would have been successful in turning their hearts back to God and thereby saving them from the invading army, what a magnificent gift it would have been!

How do we respond to crisis in our lives? Do we curse the devil? Do we assume God is punishing us? Or do we turn our hearts toward God and petition Him for His mercy and provision?