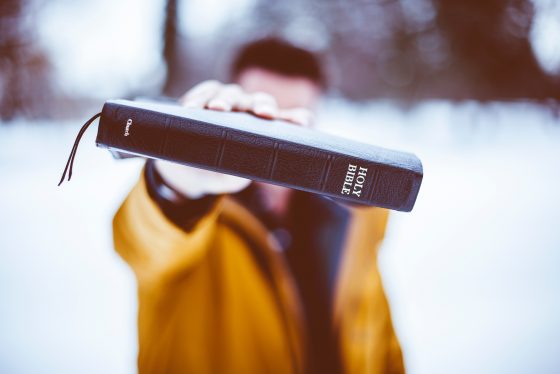 3:1 Hear this word that the LORD has spoken against you, O children of Israel, against the whole family which I brought up from the land of Egypt, saying:

2 “You only have I known of all the families of the earth;

Therefore I will punish you for all your iniquities.”

3 Can two walk together, unless they are agreed?

4 Will a lion roar in the forest, when he has no prey?

Will a young lion cry out of his den, if he has caught nothing?

5 Will a bird fall into a snare on the earth, where there is no trap for it?

Will a snare spring up from the earth, if it has caught nothing at all?

6 If a trumpet is blown in a city, will not the people be afraid?

If there is calamity in a city, will not the LORD have done it?

7 Surely the Lord GOD does nothing,

8 A lion has roared!

Let’s make a few observations on the above scriptural discourse. I hope you’ll spend some time making some observations of your own. The nation of Israel had split themselves into two different kingdoms with ten of the tribes to the North referred to as Israel, and two of the tribes to the south referred to as Judah. This split was not by God’s design. Verse one can serve as a reminder to us that we may see ourselves one way, while God may very well view us differently. In Amos three verse one God says I’m going to deal with you as a whole family, because it was a whole family I delivered from the slavery of Egypt.

God did indeed deliver this divided nation from Egypt, but in many ways they returned to the bondage of Egypt, not as slaves but as taskmasters oppressing the poor and week among them. Their return was not an actual physical relocation to the land, but I see many similarities between the Northern Kingdom Israel and the nation of Egypt.

As I’ve already mentioned Yahweh and Israel were in covenant relationship. This covenant relationship by its very definition demands both parties be active in the relationship. Israel abandoned God. Verses three through six in chapter three asks rhetorical questions making what I see as two arguments. It takes two parties to be in covenant, and for every cause there is an effect. Verse three addresses the two party requirement of the covenant, “…can two walk together unless they are agreed”?

If verses three through six are the same question stated different ways, verses seven and eight are the answer to that question. Let’s consider verse seven.

This is a very powerful and encouraging verse. God in His goodness, reveals to man what He about to do whether good or bad to His spokesmen the prophet. They have in turn have captured the whole of God’s Word to man in the pages of the Holy Bible. This being true we can know that God’s actions, both past and future, have been declared and contained in His holy Word. If we don’t know what God is about to do it is clearly because we have not spent time in His Word discovering what He has already revealed.

Who is the lion? Revelation 5:5

5       But one of the elders said to me, “Do not weep. Behold, the Lion of the tribe of Judah, the Root of David, has prevailed to open the scroll and to loose its seven seals.”

The lion is Jesus. John chapter one tells us that Jesus is the very Word of God made flesh.

The second half of verse eight declares another irrefutable truth of the scientific law of cause and effect. When God speaks it is never in a vacuum, someone will undoubtedly rise up and proclaim what He said!

I am simply amazed that even while reading of God’s wrath being poured out upon a wicked people, that we can clearly see His goodness toward all of mankind.

God is truly worthy of all worship and praise.

1 Reply to "Amos - Question and Answer"