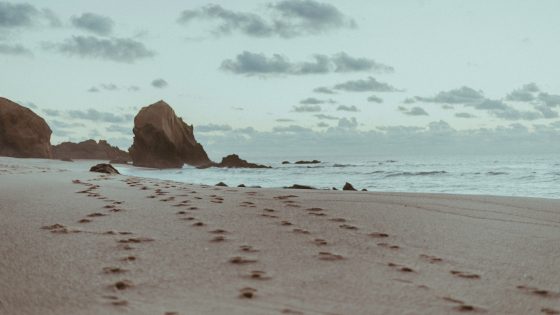 As we’ve previously discussed the prophet delivers a message of impending doom to eight different people groups. This is recorded for us in the first two chapters of the book of Amos. Six of the eight places were not in covenant relationship with God. However, both Judah and Israel, also known as the Southern and Northern kingdoms, were in covenant relationship with the God of Heaven. Let’s look at the prophecy delivered to the Southern Kingdom, Judah.

“For three transgressions of Judah, and for four,

Because they have despised the law of the Lord,

And have not kept His commandments.

Their lies lead them astray,

Lies which their fathers followed.

5 But I will send a fire upon Judah,

And it shall devour the palaces of Jerusalem.”

Why is Judah a target of Yahweh’s punishment? The second half of verse 4 tells us they hated the law of the LORD (Yahweh). Everything that follows is directly related to Judah’s disdain for Yahweh’s law. Why have they not kept His [God’s] commandments? Because they hated God’s law. Why have their lies lead them astray? Because God’s commandments embody truth, and they have hated God’s law.

The passage goes on to reveal this propensity to abandon God’s law in favor of lies, is in fact generational, when it says, “Lies which their fathers followed”. We are not surprised to see the children following in their father’s sinful footsteps when we consider the generational curse of sin. Since the garden of Eden sin has been passed down from father to child infecting every human being that has ever lived. The sin nature is passed down through the father. This is why Jesus was born of a virgin. He could not have been the perfect sacrifice for sin had he been born into sin.

Consider verse five. We learn that God will use fire as His implement of punishment. What will this fire do? Among other things it will devour the palaces of Jerusalem. A palace represents a nation’s seat of power, as well as its stronghold of protection. God was supposed to be the Southern Kingdom’s seat of power and their stronghold of protection. Judah should have declared Proverbs 18:10, ”The name of the Lord is a strong tower; The righteous run to it and are safe.”

Is there a message for us today in this passage concerning the Southern Kingdom? After all they were an Old Covenant (Old Testament) people, we are not. If we are not Jews the Old Covenant never applied to us. As believers we are New Covenant (New Testament)  people. So we cannot apply the truth of this passage today, right? Wrong! Very wrong!

We must realize the effect that sin had on the Old Covenant people is much the same effect it has on New Covenant believers. Sin regardless of its severity, who commits it, and when it is committed has a separating effect. It drives a wedge between God and man and must be addressed. The Old Testament atonement (covering for sin) was represented by the sacrificial system God implemented. The life, death, burial, and resurrection of Jesus fulfilled the Old Testament sacrificial system requirements. Jesus is the once and for all sacrifice for sin.

If you have placed your trust in Jesus Christ for salvation you are a believer. As a believer, continue to trust that Christ and Christ alone is the answer to sin’s destruction. Do not abandon the law of God for lies. Basing our lives on lies will cause us to construct palace like strongholds whose walls put a separation between us and God. Practice repentance. Allow the blood of Jesus to cleanse you from all unrighteousness. Remember Psalm 19:7.

Psalm 19:7 The law of the Lord is perfect, converting the soul;

The testimony of the Lord is sure, making wise the simple;

In John 8:36, Jesus Himself said, “Therefore if the Son makes you free, you shall be free indeed.”

If you are a believer you have been made free. Live victoriously.

1 Reply to "Amos - The Southern Kingdom"