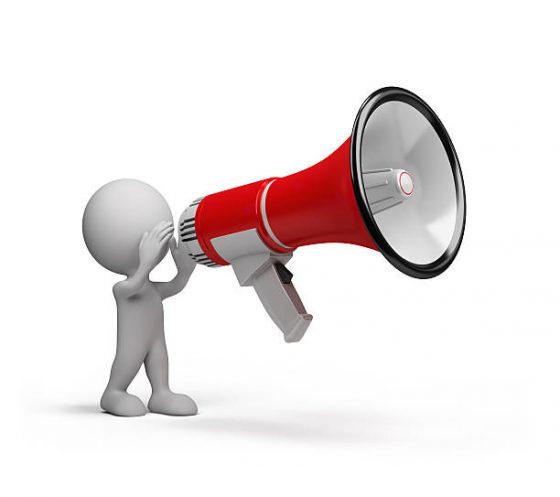 “As a shepherd takes from the mouth of a lion

Two legs or a piece of an ear,

So shall the children of Israel be taken out

Who dwell in Samaria—

In the corner of a bed and on the edge of a couch!

13 Hear and testify against the house of Jacob,”

Says the Lord GOD, the God of hosts,

14 “That in the day I punish Israel for their transgressions,

I will also visit destruction on the altars of Bethel;

And the horns of the altar shall be cut off

And fall to the ground.

15 I will destroy the winter house along with the summer house;

The houses of ivory shall perish,

And the great houses shall have an end,”

Amos 3:12-15 are the last three verses in chapter three. This final discourse of the chapter is bookend by the phrase “[Thus] says the LORD.” You’ll notice the phrase pops up again in verse 13, only two verses into the discourse. Why is “says the LORD” repeated three times in four verses? If you said, “for emphasis”, you would be correct. As verse 15 attests to, the Northern Kingdom had been enjoying peace and great prosperity when Amos shows up on the scene and declares that God is about to punish them.

Although we are not told this, I can imagine the people scoffing at Amos, maybe even laughing at him. They may have said something like, “What are you talking about Amos? We are at peace with our enemies! Many of us are so wealthy we have both a summer and a winter house! Look at all of these very expensive ivory houses we live in. We have it made! We must be doing something right, or we wouldn’t be so well off. I cannot believe God is going to punish us.”

This rebellious nation may even have been under the delusion that God had blessed them. How many times in our lives do we assume the lack of conflict, and the presence of wealth is God’s blessing. Conversely, we often see the presence of strife and poverty as evidence we are currently being punished by God. Neither scenario are accurate indicators of our standing with Yahweh. The Word of God is the only reliable standard by which we may correctly discern our relationship with the creator.

Notice how the “says the LORD” phrase in verse 13 differs from the other two. It includes the word “GOD” in the phrase. Many translations vary the case of the letters in the words “Lord” and “God” in order to communicate which Hebrew word was used. In the “bookend” phrases, the word “LORD” is the Hebrew word Yahweh, God’s personal, covenant name. In verse 13 we find the words “Lord (אֲדֹנָי Adonai) GOD (יהוה Yahweh)”. The word Anonai means Lord or Master, and we’ve already said Yahweh is the personal name of God. But what unique thing are we learning about the Master Yahweh of verse 13? Read on. He is the “the God of hosts”. Although the word “hosts” means little to the modern english reader, it is the Hebrew word “sebaot” and means army. God is not presenting Himself as Israel’s redeemer, nor their comforter. He is not revealing Himself as their loving Father. Here He has adopted the garb of the Master or Supreme covenant God who commands armies. This is a fitting description of God given He is about to punish this wicked nation by using an army of men.

To understand verse twelve we must consult Hebrew law. By the way, because God entered into covenant with Israel using the law, He will alway operate from within that law even though they have strayed. God always honors His word even when His people do not.

10 If a man delivers to his neighbor a donkey, an ox, a sheep, or any animal to keep, and it dies, is hurt, or driven away, no one seeing it,

11 then an oath of the LORD shall be between them both, that he has not put his hand into his neighbor’s goods; and the owner of it shall accept that, and he shall not make it good.

12 But if, in fact, it is stolen from him, he shall make restitution to the owner of it.

13 If it is torn to pieces by a beast, then he shall bring it as evidence, and he shall not make good what was torn.

14 “And if a man borrows anything from his neighbor, and it becomes injured or dies, the owner of it not being with it, he shall surely make it good.

15 If its owner was with it, he shall not make it good; if it was hired, it came for its hire.

Verse thirteen matches up pretty well with Amos 3:12. Bring to the owning shepherd the remains of the flock torn by the beasts. Being a wealthy sheep breeder, Amos would have been intimately acquainted with the metaphor chosen by God.

Though the main purpose of the remnants may be to prove the destruction of the condemned in this passage, we also know there is another reason for the remnant. Throughout the ages God has always, consistently, faithfully preserved a remnant of His people. This remnant without fail is the lineage by which God has and will bless His people.

Though the transgressions of the Northern Kingdom of Israel demanded God’s punishment, He preserved a remnant and He truly is their and our good shepherd as Psalm 23 declares. God is worthy to be worshipped!