Come, Let Us Reason Together

Is it reasonable to believe in the resurrection of Jesus the Christ? 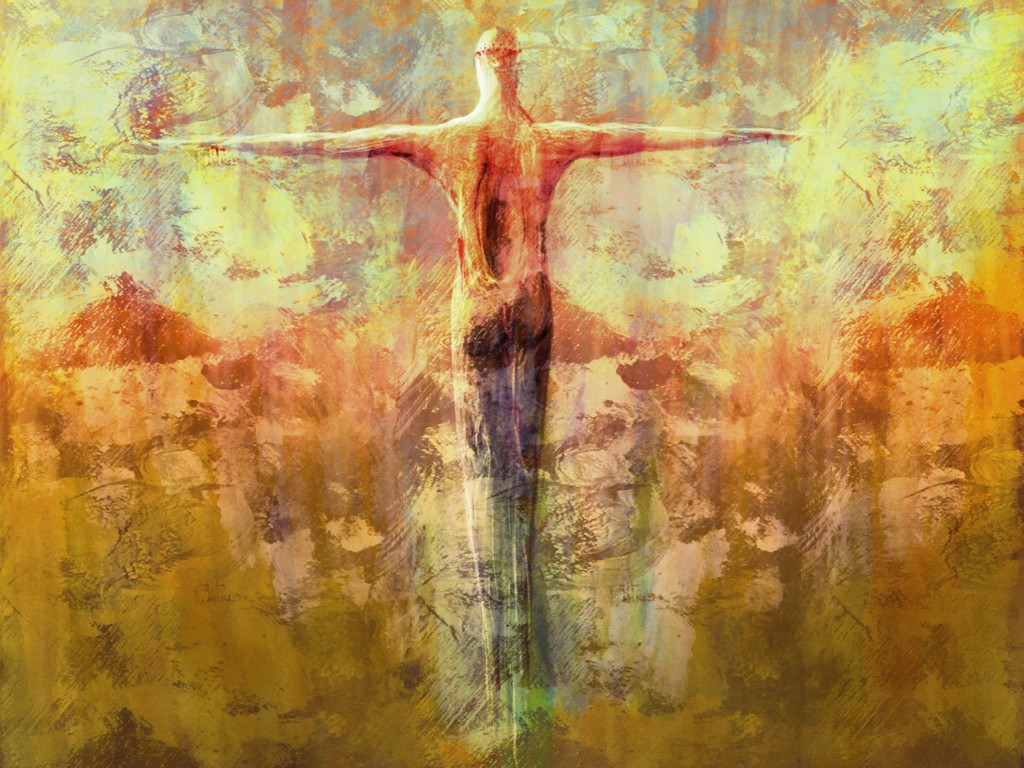 I believe Albert Einstein once said something like, “…a common man never thinks; a smart man thinks about once a month; an intelligent man thinks weekly; and the genius thinks every day…” Even if Dr. Einstein didn’t make this statement, it is still a statement worth considering. How many of us really sit down and think…think about anything. Thinking takes work and it takes a process. Thinking means to form or to have something in mind; it involves formulating an opinion. How many of us actually formulate an opinion.

In our day, it is far more common for us to adopt the opinion of a pundit on television than to collect the evidence, analyze that data, and synthesis our own opinion. Reasonable thinking is the power of comprehending, inferring, or thinking in an orderly manner. When God created man, He did so by making man in His own image. That means that God put intellect inside man. In doing so, He created humankind with the ability to reason. We learn about this from Isaiah 1:18 where it says, “”Come now, and let us reason together,” Says the Lord…” (NKJV). Simply stated, God has enabled man to reason.

Reason is the human capacity to think logically and intelligently, thereby discovering truth or persuading others. But human reason is limited and cannot arrive at a true and full knowledge of God without divine assistance and revelation. Reason has as its result the discovery of truth. Any reasoning that does not lead to truth is a fallacy that occurs because of the misinterpretation of the evidence.

Einstein did say, “All of us who are concerned for peace and triumph of reason and justice must be keenly aware how small an influence reason and honest good will exert upon events in the political field.” This statement is true because politicians, in general, do not pursue truth.

So, if one wants to discover the truth about the resurrection of Jesus then the evidence of the event must be evaluated. Atheists refuse to believe in His resurrection because that would force them to accept the existence of God. Thus, they deny the resurrection out of ignorance and bias.

C. S. Lewis was at one time an atheist who took it upon himself to disprove the Biblical claims regarding the resurrection of Christ. After his rational search of the evidence, Lewis (Broadcast Talks, London, 1946) said, “If there is no intelligence behind the universe, then nobody designed my brain for the purpose of thinking. Thought is merely the by-product of some atoms within my skull. If so, how can I trust my own thinking to be true? And if I can’t trust my own thinking, I can’t trust arguments leading to atheism and therefore have no reason to be an atheist, or anything else. Unless I believe in God, I can’t believe in thought; so I can never use thought to disbelieve God.”

Thus, reason leads to truth. Let’s consider the evidence that allows us to determine the truth about the resurrection of Jesus.

Facts about the resurrection

I would like to apply the minimal facts approach to respond to this issue. This approach considers only data that meet two basic criteria:

A skeptic cannot be allowed to cite apparent contradictions in the Bible and say the resurrection has been disproved. The “minimal facts approach” constructs a case using the facts that have a high probability of certainty and facts that even the skeptic must accept as being true.

What are these facts? I wish only to present five facts that we can use to lead us to a rational acceptance of the evidence that the resurrection of Jesus is a true event. These facts will then force the skeptic to deal with this evidence and subsequently force you to dig deeper into the evidence. The evidence is built on the premise that the man we know as Jesus was a real historical person who lived in the timeframe of the biblical narrative.

Fact #1: Jesus died by crucifixion. Crucifixion was a Roman form of capital punishment. The brutal procedure was used on the lower class, slaves, soldiers, rebels, and traitors. Many writers of the time described the process. Some historians from that period actually reported that Jesus was crucified. Josephus (a non-Christian) wrote,

Now, there was about this time Jesus, a wise man, if it be lawful to call him a man, for he was a doer of wonderful works—a teacher of such men as receive the truth with pleasure. He drew over to him both many of the Jews, and many of the Gentiles. He was [the] Christ; (64) and when Pilate, at the suggestion of the principal men amongst us, had condemned him to the cross…[1]

In addition, all four gospels record the crucifixion. Other historians also report the crucifixion of Christ. Tacitus reports, “Nero fastened the guilt [of the burning of Rome] and inflicted the most exquisite tortures on a class hated for their abominations, called Christians by the populace. Christus, from whom the name had its origin, suffered the extreme penalty during the reach of Tiberius at the hands of one of our procurators, Pontius Pilatus.”[2] Similarly, Lucian of Samosata writes, “The Christians, you know, worship a man to this day—the distinguished personage who introduced their novel rites, and was crucified on that account.”[3]

Therefore, we can conclude that Jesus did exist and that He was crucified by the Romans.

Fact #2: Jesus’ disciples believed that He rose from the dead and appeared to them. Very few would doubt this fact…at least among the scholars. Those who deny this would do so out of ignorance. Jesus’ disciples truly believed that He appeared to them in bodily form after the crucifixion, i.e. they believed He rose from the dead. This conclusion is reached by examining the data that (1) the disciples claimed that the risen Jesus had appeared to them, and (2) following Jesus’ death, the lives of His disciples were radically changed from fearful followers to bold leaders who transformed the world. This line of thought has two bodies of evidence.

Peter also claims that he was a witness of the risen Lord Jesus. He proclaimed, “Men of Israel, hear these words: Jesus of Nazareth, a Man attested by God to you by miracles, wonders, and signs which God did through Him in your midst, as you yourselves also know—Him, being delivered by the determined purpose and foreknowledge of God, you have taken by lawless hands, have crucified, and put to death; whom God raised up, having loosed the pains of death, because it was not possible that He should be held by it.” (Acts 2:22–24, NKJV). Subsequently, Peter professed, “This Jesus God has raised up, of which we are all witnesses.” (Acts 2:32, NKJV)

We also have the written tradition as recorded in all four gospels and later writings by the Apostolic Fathers, specifically, Clement and Polycarp. Thus, without a doubt, the disciples of Jesus believed fully in the resurrection of Jesus—this is an historical fact.

Fact #3: The church persecutor Paul was suddenly changed. Paul (formerly known as Saul) was actively persecuting the early Church. But, Paul’s life was changed in an instant when the resurrected Jesus appeared to him (see Acts 7:58 8:1-3; 9:1-19; 22:3-16; 26:9-23). We have Paul’s testimony of the events, but we must ask, “What caused this change in Paul?” Paul’s belief that he had witnessed the Lord Jesus was so strong that he was willing to suffer continuously for the sake of the gospel to the point of death. Paul’s conversion was based on his belief of the personal appearance of the risen Jesus.

Fact #4: The skeptic James, a brother of Jesus, was suddenly changed. James did not believe that Jesus was the Christ, the Son of God. The gospels report that Jesus brothers were unbelievers prior to the resurrection. Early reports record the appearance of Jesus to James—in the flesh. Afterward, James is identified as a leader in the Christian Church. James was later martyred for his faith. His martyrdom is reported by Josephus, Hegesipuss, and Clement of Alexandria.

Fact #5: The tomb was empty. This is perhaps the weakest of these arguments since it does not meet the two criteria of being a “minimal fact.” This fact is not accepted by nearly every scholar who studies the resurrection. Yet, there is strong evidence for it and it is accepted as an historical fact by many (a majority of) critical scholars. The evidence of this fall in three areas.

The empty tomb is well evidenced for historical certainty. Former Oxford University church historian William Wand stated, “All the strictly historical evidence we have is in favor of [the empty tomb], and those scholars who reject it ought to recognize that they do so on some other ground than that of scientific history.”[5]

This line of evidence does not rely on the inspiration or inerrancy of the Bible. This defuses the arguments of the skeptic. Therefore, the skeptic cannot object to Jesus’ resurrection based on their rejection of the Bible. This evidence was sufficient to bring about the conversion of C. S. Lewis to Christianity.

Certainly, the skeptics will come up with a variety of arguments to reject the historical claims of the resurrection. But these arguments all fail. The truth after examining the facts is that Jesus did indeed walk out of the grave.

How does this evidence influence you? Are you ready to defend your faith against the arguments of the skeptics?

This fall, I will conduct a two-block course at the Bible School of the Northern Plains Biblical Seminary in which we will examine methods for defending your faith. Please consider joining us this fall at NPBS.

No Replies to "Come, Let Us Reason Together"