Compromising with the World 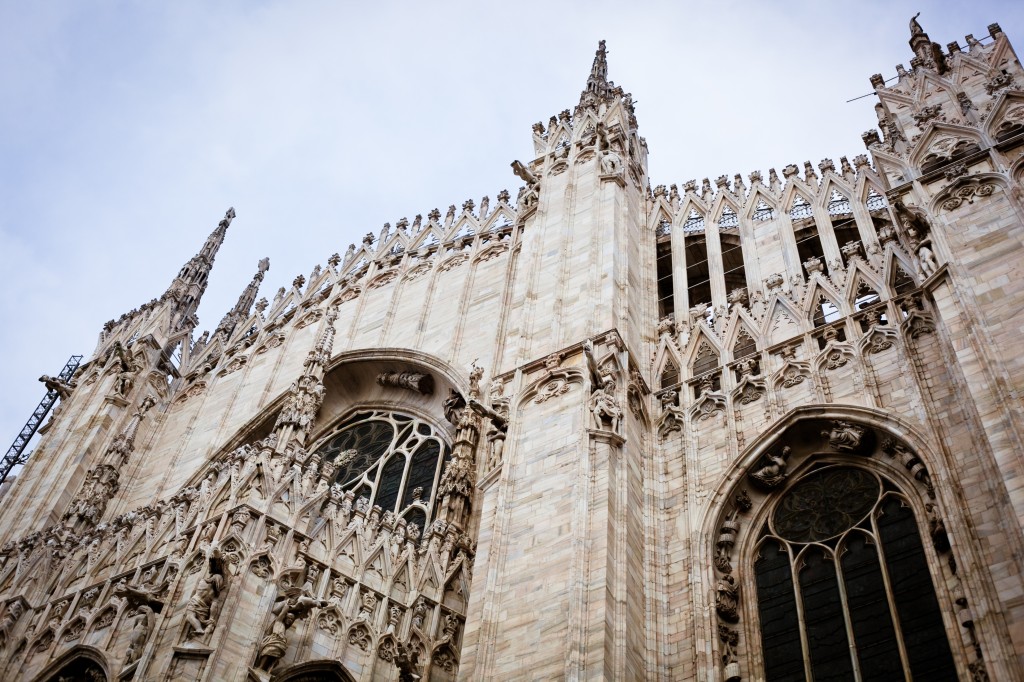 We have been examining final directives Jesus made for His Church. These directives were intended to encourage the Church to remain faithful to Him during the Church Age. Though the letters were directed toward individual churches, they provide us with a guide to how we, as a church, should live. The letters included comments for each congregation and instructions for individuals within each congregation.

These letters addressed the strengths and weaknesses of those churches. If we look carefully at the instructions within the letters, we can learn what our Lord commends and what He rebukes.

So far, we have examined the letters to two of the churches: Ephesus and Smyrna. Regarding the church in Ephesus

From this church, we see that each church must be committed to condemning false teaching and thereby holding to sound doctrine. That is the primary function of the church—then and now.

The church in Smyrna was under severe persecution. Even then

“And to the angel of the church in Pergamos write, ‘These things says He who has the sharp two-edged sword: “I know your works, and where you dwell, where Satan’s throne is. And you hold fast to My name, and did not deny My faith even in the days in which Antipas was My faithful martyr, who was killed among you, where Satan dwells. But I have a few things against you, because you have there those who hold the doctrine of Balaam, who taught Balak to put a stumbling block before the children of Israel, to eat things sacrificed to idols, and to commit sexual immorality. Thus you also have those who hold the doctrine of the Nicolaitans, which thing I hate. Repent, or else I will come to you quickly and will fight against them with the sword of My mouth. “He who has an ear, let him hear what the Spirit says to the churches. To him who overcomes I will give some of the hidden manna to eat. And I will give him a white stone, and on the stone a new name written which no one knows except him who receives it.” ’ (Revelation 2:12–17)

Pergamum means “thoroughly married.” Pergamum was an important city in Mysia, in northwest Asia Minor. It was a major city of idolatry with many temples. It was the center of several cults: Zeus Soter, Asclepius Soter, and Athena Nicephorus had famous temples here. It was also a center of the imperial cult; as early as 29 B.C. the provincial assembly erected a sanctuary to Augustus and Roma. Christians seem to have been persecuted here at an early date.

The Temple of Esculapius contained an idol in the form of a serpent. This may be what is referenced by Satan’s throne. In A.D. 313, Constantine “married” the church to the state when he made Christianity the official state religion of the Roman Empire. This was actually quite devastating because it caused great compromise within the Church.

To this church Jesus, the Messiah has the sharp, double-edged sword. This description of the Christ is one of judgment—especially that exercised by the Word of God. We must know for certain that the works within individual churches—churches like Truth Fellowship Live—will be evaluated by the standard of the Word of God.

In a place completely influenced by idolatrous, pagan temples, this church fought off the temptation to merge their Christianity with the pagan rituals. In fact, the great faith of Antipas who was put to death for his witness of the Messiah. Nothing more is known about Antipas, nor do we need to know anymore. He was representative of the suffering that occurred in the local church at Pergamum. His name means “against all” and it may indicate that he stood against all satanic worship. And there was a war going on in the Church—the war against the faithful to Christ and the satanic opposition. The Pergamum church was said to be in the midst of where Satan dwelled—where Esculapius, the serpent-son, was worshipped.

The church of Pergamum was condemned on two grounds.

In the age of Constantine, the church became married to the state, which eventually resulted in spiritual fornication and idolatry. Once the church was made a state religion, people all over the Roman Empire were baptize into the church without any real regard to personal faith. By being baptized, they were able to join the new establishment within the state. This resulted in a tremendous influx of pagans into the church—they simply added the Lord Jesus to the list of other gods they worshipped. This led to spiritual fornication and idolatry. It planted the seeds for what later developed into the Roman Catholic Church. Thus, they really did follow the teaching of Balaam.

“Repent, or else I will come to you quickly and will fight against them with the sword of My mouth.” (Revelation 2:16)

The church as a whole is told to repent. But even if the entire congregation does not do so, individuals need to repent from the course upon which the travel. They need to change their minds about their course and to clean up the church or it will be judged. Sometimes this requires that an individual stand-alone against the leadership of the church.

The church of Pergamum is given a threefold promise.

We are in a phase of church history where the culture of the world is completely infiltrating the church. We no longer care about the spiritual condition of those seeking to join our churches. Thus, we have marginal Christian rising within the ranks of the Church and they are determining the direction and actions within the church.

As a result, false doctrines are entering the church at an alarming rate. Those doctrines that were taken for granted for centuries are now challenges. The world is doing everything it can to destroy the fundamental building blocks within the Church—the family. What is worse is that many in the church are supporting the false doctrines and idols of the world.

In addition, we have allowed a large discrepancy to develop between “professional Christians” and “regular Christians.” The Bible makes no such distinction. Thus, many who are in “full-time Christian ministry” become puffed up and they raise themselves up above the people they are to serve.

Christ expects that each local church will remain true to the faith. They will teach and promote sound doctrine. Paul tells us

But know this, that in the last days perilous times will come: For men will be lovers of themselves, lovers of money, boasters, proud, blasphemers, disobedient to parents, unthankful, unholy, unloving, unforgiving, slanderers, without self-control, brutal, despisers of good, traitors, headstrong, haughty, lovers of pleasure rather than lovers of God, having a form of godliness but denying its power. And from such people turn away! For of this sort are those who creep into households and make captives of gullible women loaded down with sins, led away by various lusts, always learning and never able to come to the knowledge of the truth. Now as Jannes and Jambres resisted Moses, so do these also resist the truth: men of corrupt minds, disapproved concerning the faith; but they will progress no further, for their folly will be manifest to all, as theirs also was. (2 Timothy 3:1–9)

These perilous times are upon us…we seem in every way to be in the last days. We must protect ourselves from the movement of the church into the world. At TFL, we must remain true to the word. We must uphold sound doctrine.

In Paul’s instruction to Timothy, he says:

But evil men and impostors will grow worse and worse, deceiving and being deceived. But you must continue in the things which you have learned and been assured of, knowing from whom you have learned them, and that from childhood you have known the Holy Scriptures, which are able to make you wise for salvation through faith which is in Christ Jesus. All Scripture is given by inspiration of God, and is profitable for doctrine, for reproof, for correction, for instruction in righteousness, that the man of God may be complete, thoroughly equipped for every good work. (2 Timothy 3:13–17)

Our position at TFL is that we will stand against false doctrine. We will expose evil men and imposters. We will continue in the Holy Scriptures. We will teach the Word of God so that each of us is thoroughly equipped for every good work.

Are you willing to take your stand in a changing world?

Are you willing to stand against political correctness and live according to the edicts of the God of the Bible?

No Replies to "Compromising with the World"