This is a guest post provided by Mark Hathaway.

I came across Hebrews 3:1 & 2, which says, “Therefore, holy brethren, partakers of the heavenly calling, consider the Apostle and High Priest of our confession, Christ Jesus, who was faithful to Him who appointed Him, as Moses also was faithful in all His house.” (NKJV)

Have you ever taken time to “consider Jesus”? 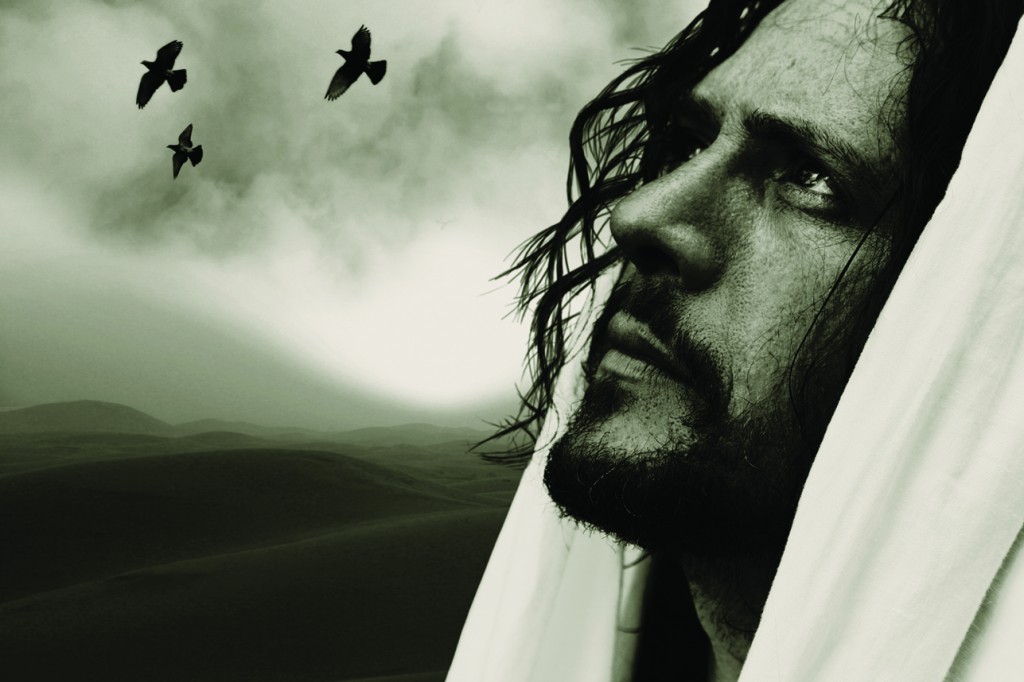 I decided it would be fun to actually do as the apostle Paul instructs and consider Christ Jesus. Obviously, I am not attempting an exhaustive examination into the person, life, and ministry of Jesus the Messiah. A study such as that would take a lifetime, and even then would not reveal all there is to know about Jesus. For now, let’s confine our study to some passages in Hebrews and Colossians. The word, consider is the imperative Greek verb katanoeō. It means to take note of, or perceive.

Imperative verbs are used to communicate instructions or commandments to the reader. When someone uses an imperative verb they expect the hearer or reader to respond by acting. When a parent tells a child go (imperative) clean your room, they expect the child to obey and go clean their room. Paul is not asking, he’s not suggesting, he’s telling the reader to consider, take note of, or perceive Christ Jesus.

Look at Hebrews 3:1 again. Even though I have read it many, many times before I was surprised to note that Paul calls Jesus an apostle. I tend to think of the twelve disciples of Jesus as becoming known as apostles after His resurrection. But I don’t think of Jesus as an apostle. Let’s look a little closer. The word apostle is the Greek word apostolos. It simply means messenger, or one sent on a mission. Look at John 5:36, Jesus said, “But I have a greater witness than John’s; for the works which the Father has given Me to finish—the very works that I do—bear witness of Me, that the Father has sent [apostellō] Me.”

The next thing we learn from Paul in 3:1 is that Jesus is a High Priest. According to the Dictionary of Bible Themes, “The OT [Old Testament] emphasizes the spiritual importance of the high priest, especially as the one who makes atonement for the sins of the nation. It also sets out his duties and responsibilities.” According to Baker Encyclopedia of the Bible, “…atonement is the work of God, who opens the possibility for sinful human beings to receive pardoning grace.”

So Jesus as High Priest stands in the gap between God the Father and us, to provide for us a way to be reconciled with God through His pardoning grace. In Hebrews 5:5 Jesus didn’t just decide to be our High Priest, He was appointed by God. Hebrews 5:10, sheds a little more light on the priesthood of Jesus. It says, “[Jesus was]…called by God as High Priest ‘according to the order of Melchizedek’”. Melchizedek, without a known family line, is a picture of an eternal priest, and not of the Levitical line. Jesus was not of the priesthood of Aaron the Levite. If He was, He would have been required to function as High Priest while on earth, ministering in the temple. The work of the earthly priest had to be repeated over and over. Jesus’ work as priest was done once and is everlasting.

The word “Christ” deserves special attention. Notice the word order in Hebrews 3:1, “Christ Jesus”. Oftentimes our western thinking slants what we read. In this case our concept of a first and last name affects how we view the label Jesus Christ, or Christ Jesus. Christ is not Jesus’ last name. If He had a last name, in their culture, it would be of Nazareth. The word Christ is closer to a title than part of a name. It literally means the Anointed One, or Messiah. Let’s look at the phrase Anointed One first, then we’ll consider Messiah. According to The Dictionary of Bible Themes, “The application of oil was associated with times of rejoicing and celebration. It also possessed a deeper significance, including that of being singled out by God for special favour or responsibilities.”[1] Jesus certainly was singled out by God for a special purpose (see John 3:16). The word Messiah is Hebrew meaning Anointed one. The Jews understood the title to refer to the one who would deliver them, and be established as their king. They rejected Him when He was on earth the first time. He will return, be accepted by the Jews and reign for a thousand years as king, thus fulfilling all prophecy. So what’s in a name (or title) you may ask? Treasures of truth if we’ll take the time to dig for it.

Moving forward through the passage we come to the phrase, “…who was faithful to Him who appointed Him.” We find supporting evidence for Paul’s assertion that Jesus was faithful to God the Father in John 4:33–34. It says, “Therefore the disciples said to one another, ‘Has anyone brought Him anything to eat?’ Jesus said to them, ‘My food is to do the will of Him who sent Me, and to finish His work.’ ”

We see this perspective reflected in John 1:45, “Philip found Nathanael and said to him, ‘We have found the one whom Moses wrote about in the law, and the prophets wrote about—Jesus son of Joseph from Nazareth!’”. So Moses wrote about Jesus? Jesus indeed has been counted worthy of more glory than Moses.

The next attribute that caught my attention, is Jesus as a son. Most of us recognize Jesus as the Son of God, but we don’t often think about Him being a Son over His own house, that as a son He learned obedience, or that Jesus is referred to as a son of love. Let’s look at these attributes of Jesus’ Sonship one at a time.

We’ve only looked at a few of the attributes of Jesus. I wrote down about twenty five, with a few of them having sub points. I can’t tell you how incredibly enriching the experience of studying through consider Jesus, has been for me.

I believe it is important to regularly set aside time to read the Bible devotionally. I would never suggest you do otherwise. However, I would like to encourage you to not let that be your only encounter with the word of God. Grab your Bible, a Bible dictionary, concordance, a commentary or two, and set aside time to dig deeply into the truth of God’s word. I promise you will be richly rewarded for your diligence. If you don’t have those resources, or can’t afford them, you can find good, free, biblical resources online.

Here are ten more of the attributes I have recorded. You may choose to use them as a launching off point in your own study of God’s word.

It is my deepest prayer that you will take the time to consider Jesus. Do more than an intellectual exercise. Discover what the Bible has to say about who Jesus is, what He has done, and how He will work (if you let Him) in your life. After considering Jesus, if you haven’t done so already, put your trust in Him for salvation. Then spend the rest of your life getting to know Him through the study of God’s word, prayer, and fellowship with other believers.