Contemplative Prayer and the Emergent Church

Have you ever wondered what difference it makes whether you live your life in a traditional manner or if you subscribe to other forms of worship that are becoming normal in many churches these days?

Over the past several months, I have been asked by a couple of different individuals what my thoughts are regarding contemplative prayer. I would like to address this first by looking at contemplative prayer and then considering it as a component of the Emergent Church Movement. 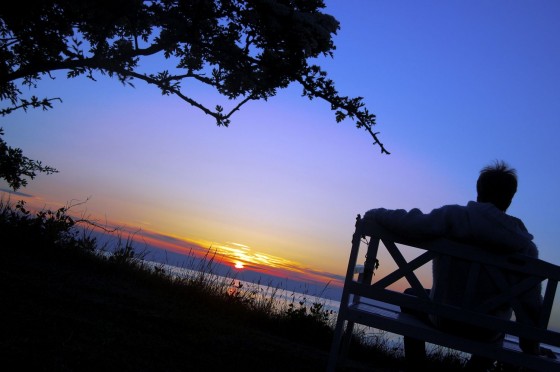 What is contemplative prayer?

In 1 Cor 14:15, Paul says, “What is the conclusion then? I will pray with the spirit, and I will also pray with the understanding. I will sing with the spirit, and I will also sing with the understanding.” We see here that the Bible certainly instructs us to pray with our minds, that is, prayer does involve contemplation. This, however, is not what contemplative prayer has come to mean.

Contemplative prayer begins with what is called a “centering prayer.” This involves meditation where the person praying focuses on “a word” and then repeats that word continually through the prayer time. The words could be such things as love, peace, patience, kindness, or other fruits of the Spirit.

The purpose is to clear one’s mind of outside concerns so that the person in prayer can more easily hear God’s voice. Then after the centering prayer, the person is to sit quietly while listening for direct guidance from God.

You may find yourself wondering, “What is wrong with this sort of prayer life?” First, this type of prayer is not supported by the Bible. When I first trusted Christ for eternal life, I spent many hours memorizing scripture. Of the first dozen passages I memorized, two spoke directly of our prayer life.

This passage clearly teaches us that we are not to be anxious about life; rather, we are to pray. Praying with thanksgiving involves trusting God in four ways. Prayer involves our approach to God. Petition is the presentation of our specific needs to God. Thanksgiving is an awareness of the many things God has already done in our lives—this is an attitude of the heart. Requests are the specific things we ask for.

Praying in this was results in the peace of God in our lives, which transcends all human understanding. This leads the Christian to a wholesome life by thinking about those things that have virtue and are praiseworthy. We are then commanded to “meditate on these things.”

“And in that day you will ask Me nothing. Most assuredly, I say to you, whatever you ask the Father in My name He will give you. Until now you have asked nothing in My name. Ask, and you will receive, that your joy may be full.” (John 16:23–24, NKJV)

Jesus is instructing His disciples that after His ascension (in that day) they would not be able to ask Him questions—but the Holy Spirit would help them (John 16:13-15). The disciples were instructed to ask the Father for whatever they need to accomplish God’s will. Up to that point, the disciples had not prayed in the name of Jesus. Following the Messiah’s death, they are to do this. Jesus also tells them that prayer brings complete joy because God is at work in them.

These passages emphasize that we come to God in prayer, but not by meditating on a word. Contemplative prayer involves the application of a mantra. A mantra is a mystical formula of invocation or incantation. It is a major practice in Transcendental Meditation and Hinduism. Recently, it has become a component of contemplative prayer and it is emphasized particularly in the Emergent/Emerging Church.

Contemplative prayer, therefore, focuses on a mystical experience with God. Mysticism is purely subjective. Whereas Biblical prayer relies on truth and fact, contemplative prayer does not. The Bible has been given to us for basing our faith on Truth (2 Tim 3:16-17; see John 14:6).

Contemplative prayer has increased in practice and popularity along with the rise of the emerging church movement. Supporters of contemplative prayer embrace all forms of religion. As such they promote the idea that salvation is gained by many paths—contrary to what Jesus said (John 14:6). Thus, contemplative prayer—as emphasized within the Emergent Church Movement—is in opposition to Biblical Christianity and should be avoided.

We need to consider the question, “Where did we lose truth?” People in the Church have allowed three changes to occur in their thinking.

Is the Emerging Church Movement dangerous?

This movement is arguably one of the most destructive trends in recent evangelical Church history. It is characterized by a subversive undermining of the Bible and, in many ways, trashes the word of God. Yet, many churches are moving toward this practice, though many are not totally involved. To one degree or another, they incorporate Catholic mysticism in their worship by using candles, prayer stations, and incense.

They are moving away from the Word of God toward heresy and apostasy by the incorporation of ritualism. Paul presented a strong warning that in later days “some will depart from the faith…” (1 Tim 4:1-5; 2) and “…the time will come when they will not endure sound doctrine…they will heap up for themselves teachers; and they will turn their ears away from the truth…” (2 Tim 4:3-4).

These leaders teach that they cannot come to an understanding of the Bible; instead, they take surveys to come to the meaning of a text. As a result, the Bible is not timeless, but one’s understanding can and will change based on one’s personal experience. Thus, those in the movement tend to subscribe to an antiauthority position and they tend to be anti-scripture, since they have no idea what the Bible means. Accordingly, “The world was in black and white, now it is in color.” But we must remember how Satan tempted Eve in Gen 3:1— “Has God indeed said…”

Those that become involved in this movement are not starved for doctrine, but for images and stories. They proclaim that we don’t have the gospel right yet; therefore, they are stuck on the question, “What does it mean to be saved?”

Thus, within this movement the apostate church is being developed.

The importance of seeking Truth

So, what is truth and where can Truth be found?

Jesus said to him, “I am the way, the truth, and the life. No one comes to the Father except through Me. (John 14:6, NKJV). There is exactly one way to the Father—that is through His Messiah, Jesus the Christ. Contrary to what people think, Jesus stressed that salvation cannot be obtained through any other means—only one Way exists (Acts 4:12; 1 Tim 2:5). Jesus is the only access to the Father because He is the only One from the Father (John 1:1-2, 51; 3:13).

Then Jesus said to those Jews who believed Him, “If you abide in My word, you are My disciples indeed. And you shall know the truth, and the truth shall make you free” (John 8:31–32, NKJV). The Word is the only worldview that can change the lives of people.

Only Christianity offers a never-ending parade of witnesses, millions upon millions, from every tongue and tribe, spanning every era since the cross, covering every age and race, who gladly say, “Come and see! Come and meet the Master. Come and let me tell you how He changed my life.”

I should know. I am one among the untold millions whose lives have been touched by the Master’s hand. I hope you, too, are among those who have learned that, yes…Christianity works because the Bible is the True Word of God.

Are you seeking an emotional experience at church or are you willing to come to the Bible to determine what God really wants us to know?

I beseech you therefore, brethren, by the mercies of God, that you present your bodies a living sacrifice, holy, acceptable to God, which is your reasonable service. And do not be conformed to this world, but be transformed by the renewing of your mind, that you may prove what is that good and acceptable and perfect will of God. (Romans 12:1–2, NKJV)

8 Replies to "Contemplative Prayer and the Emergent Church"